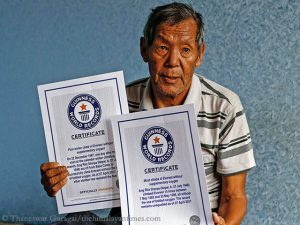 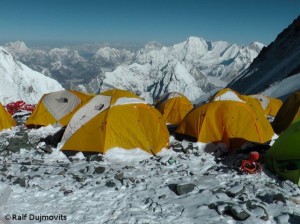 Recently I had reported about the remarkable feat of the Pakistani climber Fazal Ali, who last summer had been the first to stand on the summit of K2, the second highest mountain in the world, without bottled oxygen for the third time. I remembered Ang Rita, the Everest record holder. I had in mind that he had climbed to the summit ten times without breathing mask. So it is written in newspaper and internet articles and in books, e.g. the Guinness Book of Records. He himself has always mentioned this number too. Strictly speaking, however, it is not correct, as I discovered during my research in the “Himalayan Database” and as Richard Salisbury confirmed to me.

Bottled oxygen while sleeping on the South Col

Ang Rita has indeed ascended ten times without bottled oxygen to the highest point on earth at 8,850 meters, but during his first successful ascent in May 1983 he used a breathing mask to sleep in Camp 4 both before and after the summit push. The US climber David Breashears pointed this out at the time. According to Breashears, he had been in the same tent with Ang Rita on the South Col in spring 1983 and they had shared a Y-connection from the same oxygen bottle. 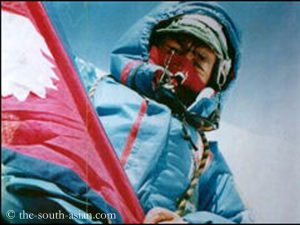 Breashears, who scaled Everest five times with bottled oxygen during his career, stressed to the legendary Himalayan chronicler Elizabeth Hawley (1923-2018) that he did not want to diminish Ang Rita’s outstanding performance. After all, the Sherpa had climbed to the highest point without bottled oxygen on the summit day of 1983. “I can’t think of a stronger climbing companion or a Sherpa for whom I have more respect than Ang Rita,” Breashears wrote. On his following nine successful Everest climbs, the legendary Sherpa forewent bottled oxygen – also when sleeping at great heights.

Ang Rita was born in 1948 in Yilajung, a small village in Khumbu in eastern Nepal. As a child he tended Yaks. At the age of 15, the Sherpa first worked as a porter on an expedition. Ang Rita scaled his first eight-thousander in 1979: Dhaulagiri. In total, he achieved 19 summit successes on eight-thousanders by the end of his climbing career in 1999: ten times on Everest, four times on Cho Oyu, three times on Dhaulagiri, once on Kangchenjunga and Makalu. He always did it completely without bottled – with one exception: during the aforementioned expedition in 1983.

Aerobic exercises at night at 8,600 meters 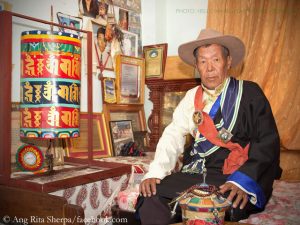 The “Snow Leopard” set Everest milestones. In 1984, he opened a new route variant via the South Buttress with the Slovaks Zoltan Demjan and Jozef Psotka. During the descent, Psotka fell to his death. On 22 December 1987, Ang Rita succeeded the first and so far only winter ascent of Everest without breathing mask. Along with the Korean Heo Young-ho, who used bottled oxygen, the Sherpa reached the highest point. In bad weather the two climbers were forced to bivouac at 8,600 meters. “We spent the whole night just below the summit,” Ang Rita recalled later, “doing aerobic exercises to keep our body active which is the only way to survive there.”