“Restore a sense of dignity and glory to Everest”

“We support the requirement restrictions on age (denying access to those under 18, and over 75) and the minimum requirements regarding physical and mental ability to assure you are able to climb by yourself or with a partner. If you have to be hauled up the mountain you don’t really belong on Everest.” Vrijlandt said that the Nepalese authorities “have Everest’s best interests at heart”. The UIAA president was in 2000 the first climber from the Netherlands who scaled Everest from the Tibetan North Side and in 2003 the second from his country who completed the Seven Summits.
The UIAA said that they and the Nepal Mountaineering Association (NMA) “believe implementing these measures will drastically improve safety on an increasingly overcrowded mountain, lessen pressure on guides who are often reduced to risking their lives assisting ill-prepared climbers and restore a sense of dignity and glory to Everest.”

The new Everest rules have still to be implemented into the Mountaineering Expedition Regulation, which is part of the Nepalese Tourism Act. But I think, the country’s new government is currently facing more pressing problems that have to be solved than dealing with Everest climbing, for instance the still continuing blockade of Nepal’s border to India. Even in case the new measures on Everest come into force before the beginning of the next spring season, the question remains how to ensure compliance with the regulations. The Tourism Ministry will hardly establish training grounds where the Everest aspirants have to prove their climbing skills before granting them permits. Thus the expedition operators will have to ensure that their clients comply with the conditions to climb Everest. The operators would be well-advised to transfer the responsibility to the clients themselves, because in the end every climber who wants to scale Everest should be self-responsible for his decisions on the mountain. That would be a major step forward. 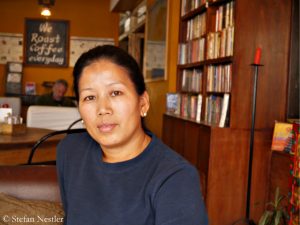 Second attempt. This spring, Maya Sherpa, one of Nepal’s most famous and best female climbers, will tackle Kangchenjunga, the third highest mountain in the world. “I am happy to go there again,“ the 40-year-old told me as we met in Kathmandu last week.