The images of Amina Tyler, a 19-year-old Tunisian Muslim woman agitating against the  oppression of women in her society by  posing topless have gone viral followed by rumors of her arrest and being sent for psychiatric treatment. The incident simply calls for mobilizing support to save the woman from any possible backlash, but the feminists of our modern world seem to have gone bonkers.
FEMEN, a group of six Ukrainian women, which inspired Amina, has recently organised a “topless jihad” day and held demonstrations in main European cities to protest the “persecutors” of Amina amid conflicting reports of her disappearance. FEMEN however claims it is waging a war on “Islamism” by encouraging women to bare their breasts against the Islamic orthodoxy. Little-known worldwide before Tyler incident, the sextremists squad – that advocates baring breasts for social equality -wishes to liberate Muslim women from the religious patriarchies.

A group of Birmingham-based activists are now furious at FEMEN’s topless activism and have rallied support to form an online Muslim Women Against Femen (MWAF) initiative. In response to the topless shots, a number of Muslim women post pictures -with and without hijab- telling Femen members loud and clear that they don’t need to be liberated, for headscarves are their “right and ‘choice.”

In addition, women endorsing the MWAF denounce the radical feminists group as racist, colonial and  imperialist while insisting that “Islam is more empowering” and they are proud “Muslim Feminists” who don’t need saving by a bunch of “nude, white”  women. And here we are, with two culturally different groups of feminists, each claiming to be the real champion of women’s liberation and gender equality. Welcome to another hell of clashing civilizations, where gender activism turns to ashes thanks to the flame of Islam versus western paranoia.

It is a bitter reality that Muslim women are frequent victims of violence in the name of Sharia law in orthodox Islamic as well as predominantly Salafist states like Saudi Arabia which enjoys practically full monopoly over Muslim societies. Muslim feminism, which MWAF’s “Muslimahs” take pride in, is also a logical fallacy from both religious and feminist standpoints. How could they have deep religious convictions and yet insist on espousing an idea that rationalizes gender equality?

Islamic laws deny many rights pertaining to the marriage, reproductive health, sexual choices or property of a Muslim woman which a modern feminist assumes to be fundamental for gender equality. The phenomenon of the “Muslim” feminist is a byproduct of the anti-democracy Islamic revivalism that neither lets women abandon their religious ideas to overturn patriarchal hierarchies nor entertains the exclusion of religion from the affairs of a state. Muslim feminism, thus defined, is fundamental for the survival of the fundamentalists’ honor.

The MWAF, however, is rightly riled at FEMEN’s blinkered stereotyping. There are many Muslim women activists who don’t claim to be feminists but aggressively defend women’s rights to promote egalitarian values in Muslim countries while keeping their faith to themselves. That said, a majority of Muslim women have been brainwashed too due to the dominance of male theologians and clerics. Yes they are slaves (of faith and patriarchy) as FEMEN spokesperson Inna Shevchenko referred to them while responding to the MWAF’s criticism. But why should FEMEN “liberate” them?

FEMEN’s bare-bosomed crusade to emancipate women from Islam is naive, offensive and counterproductive on many counts. At the outset, it feels very fantastic to see women shedding taboos related to female sexual expression. Topless protesters provoke people. But was not only Muslim women who disassociated themselves from FEMEN, European women were also not seen in large numbers at FEMEN’s protests.

Anna Hustol and her friends’ topless feminism will remain irrelevant if they keep responding to Muslim women by haughtily acting the savior. FEMEN is a collective and as a look at the group’s website suggests, more keen on branding its punk feminism than understanding the complexities of women’s rights struggle in Muslim world.

While one may agree or disagree with the “provocative warfare” of these ladies, nobody has the right to issue Fatwas against them. Similarly, no one can liberate or emancipate others without their will. Muslim women have to choose themselves – whether they want to endorse the liberal model of equality or just cling to hard-line Salafism that offers no space for women. 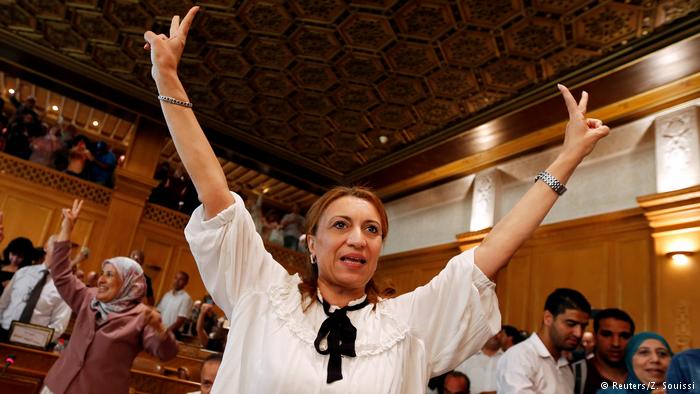