My dad was downstairs watching the news, and I was upstairs pacing back and forth, dreading the very request I was about to ask: “Pa, can I try out for the high school basketball team?”

I knew the lecture I would receive, that sports takes away from studying, that my grades would plummet and my ticket to a good college would be gone.

I would explain to my dad that playing sports relates to my career choice as a sports journalist. But he’d shun that idea, saying nursing is a more sustainable career.

As a first-generation Asian-American woman, my first obstacle to breaking into a white male-dominated field was not the people hiring.

Rather, it was getting my parents’ approval.

My mom emigrated from the Philippines to the USA in the 1970s. My dad and eldest sister came about a decade later. I did not experience the journey that my parents – like many Filipinos at the time – took to get an education in order to make it to the US, find a job, get the whole family under one roof. I was born in the US but after this arduous journey, my parents – especially my dad – were not going to let the youngest of three daughters squander all they had worked for.

As I thought, my mention of trying out for the varsity high school basketball team, or even a career in sports journalism did not settle well. However, I still tried out and made the team. I was one of the only members whose parents didn’t show up to games. But that’s not to say my parents didn’t support me at all. Despite my rebellion, my dad would pick me up from practice after his shift in the hospital. My mom doesn’t drive, a stereotype for most Filipino moms.

But basketball season after season, she’d give in to my begging and provide the money I needed to buy new basketball shoes, team warm-ups and fees for training camps – all money that she felt could be saved toward college tuition. And what would all this come to, she would ask. I knew I wasn’t good enough to pursue a basketball career. But the entire process triggered a desire to become a sports journalist. It’s not the occupation my parents had in mind, or even knew existed, when they came to the USA. But now they have warmly embraced it.

I liked the idea of being a double-minority in the sports media industry. Being different felt good. But internship after internship, until my first full-time job in Jackson, I realized how small I was, how quiet I sounded, how young I looked, and how intimidated I felt in the presence of older, taller and louder men.

I physically had to muscle my way through media scrum to get interviews. During sports desk meetings, I felt I needed to spread my legs, sit like a guy and yell just to get my thoughts across. I’d get asked after interviews how old I was or where I “really” came from.

There were times when a handshake with a male source felt too long or when I had the uncomfortable feeling a source was checking me out the moment I turned my back to him. I’d get private messages giving me news tips, later followed by comments on how cute I looked.

But as time passed on, my skin got thicker, my confidence stronger and my passion for diversity was fueled even more.

In a way, I feel that my experience in the sports media mirrors similar challenges my parents faced when they migrated to the US; they faced constant unfairness, belittling, presumptions and stereotypes too. But that made them stronger, and with time I have slowly understood and appreciated their underlying reasons for only wanting the best for me.

As I see the face of sports media in the USA changing, with more women and ethnic minorities in the mix, I cannot help but have a sense of pride, that the change happening – and still ongoing – is paving a path for other minorities looking to break into the industry.

Ros Dumlao currently works in the media and communications department at the International Paralympic Committee in Germany. She was a former sports journalist in the USA, and can be reached @rosdumlao on Twitter.
___
WTO RECOMMENDS

The human rights record of Saudi Arabia is far from good. One of the things which makes it bad is the protection of women and their rights. Even though women have been allowed to take part in an election recently for the first time, as voters and as candidates, they are still not allowed to do some things or restricted. And those are things which are considered normal for women in other countries. Here are some of the things. (From December 22, 2015) 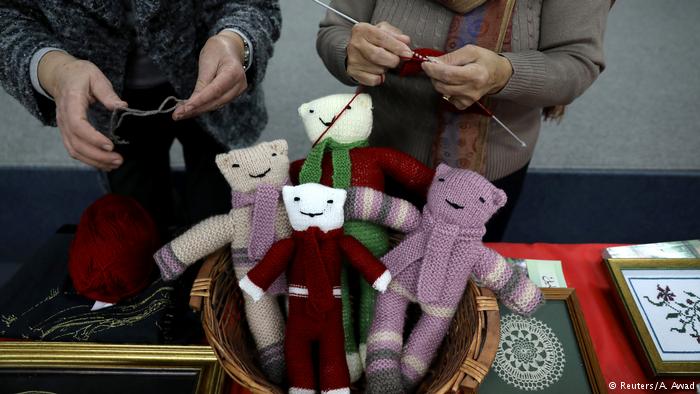