I can safely say that I’m not a follower of body trends, but rather a trailblazer. As in I blaze trails to the nearest (and best) ice cream parlors when the afternoons turn sultry. However, in the name of research for this installment, I Googled “body trends”. The results were nothing short of eye-opening and I couldn’t help but add my two cents’ worth to the “debate”.

This was reportedly a big hit in China in 2015. The “challenge” here is to touch your belly button by twisting your hand round your back and to the front of your waist. Naturally, the less meaty you are, the easier it is for you to seem like a twisted rubber band. It was especially popular among female users of the Chinese social media website, Weibo, trending under the hashtag “reaching your belly button from behind to show your good figure.”

While perusing some of the pictures, two words came to my mind: “dislocated shoulder”. Wouldn’t it be easier to just use a tape measure to prove that your vital stats rival those of Barbie?

The A4 waist challenge

Credit once again goes to China for this challenge, which requires you to place a piece of A4 paper vertically in front of your torso to see whether or not it covers your waist lengthwise. If no bits are visible on either side of the 21 cm width paper, then you’re thin (a.k.a beautiful). If not, it is ample proof that you know that life is too short to say “No” to parmesan truffle fries.

Kudos to China again. This challenge requires you to stack coins in that little crater in your clavicle. As with most challenges it comes with its own logic: apparently the more pronounced your collarbone is, the more coins you can fit into the crater, thus proving that you are thinner and therefore sexier. Bonus points for those who can stack coins upright as well as face down. The one benefit I see with this exercise is that with all that metal, you won’t be all that hot under the collar when reading about “frightening ” beauty benchmarks such as these.

Is it me or are Chinese citizens coming up with the darndest beauty challenges? This apparently became the trend when the new iPhone6 entered the local market. The idea is to boast how thin your legs are by covering both knees with your phone, placed upon them horizontally. Apparently, “the initial post on social network Weibo racked up nearly 100 million views and lots of follow-ups from bone-thin ladies and their new phones. ”

We’ve all heard of the six pack but what about the dubiously named “ab crack”? Basically the idea is to add to your washboard abs by having a prominent line running down the centre of your stomach. Not only will you prove to everyone that you’re dedicated to weight training and protein shakes, but you could also use your torso as a convenient tic tac toe board when you tire of lounging (read: pos) lazily by some pool or beach.

This actually began as Internet hoax last year and was the brainchild of people thumbing their noses at ridiculous body trends. They even came up with fake Instagram shots, but somehow trend lovers lapped it up and the internet broke. The bikini bridge refers to the space you get between your bikini briefs and your hip bones when you lie down. That is if you can even see it over your boobs. But that’s another story. As critics have correctly pointed out, one can easily achieve this state of “beauty” by buying briefs three sizes too big: You’ll have a sizable gap alright – and probably some gaping fellow beach bums.

Earlier this year, the Plastic Surgery Group  released its cosmetic trend predictions for 2017. Apparently nipples are up for downsizing. If my previous sentence caused your pupils to inordinately expand, I apologize. But you read right.

“We have seen a 30 percent rise in women requesting a smaller nipple size in the last year,” explains one plastic surgeon from the group, which conducted a study of 131 participants who were asked to rate the attractiveness of various sized nipples. It was “found that patients with smaller-sized nipples rated higher in attractiveness than those with larger nipples.”

However, all is not lost for those with more flesh on their bones. The Brazilian butt lift (or BBL), which saw a staggering 500 percent increase in consultations in the second half of 2016, is expected to remain a firm favorite this year.

I guess I can breathe easily in this category. My jaunts at ice cream parlors have helped me effortlessly achieve this last ideal without even having to lift a finger! Well ok, just high enough to pay for my double scoop of rum and raisin and tutti frutti.

Under the knife in the name of beauty

I’d actually stumbled upon them by accident. I had been researching unusual household gadgets made in Asia, when links to pages featuring beauty gadgets popped up. (From March 15, 2017) 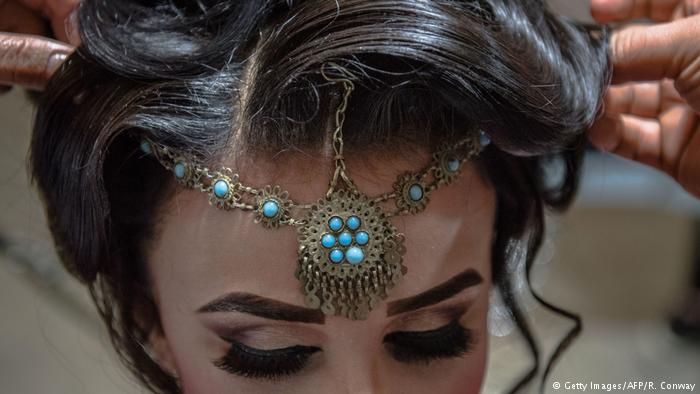