Pakistan’s first transgender anchor: ‘I struggled a lot to be accepted’ 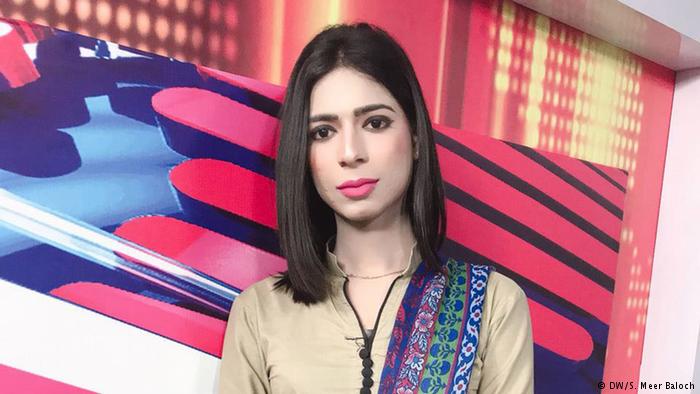 Marvia Malik is Pakistan’s first transgender news presenter. In a DW interview, Malik says she had to work hard to break taboos and finally be accepted by a society that discriminates against transgender people.

DW: Congratulations on becoming Pakistan’s first transgender news presenter. How has the news been received in Pakistan?

Marvia Malik: The response has been overwhelming and welcoming. I was expecting a normal reaction but the feedback and messages I’m getting from Pakistani viewers and people around the world are extraordinary. I am very happy to receive so much love from everyone. Many Pakistani journalists also sent me congratulatory messages.

Junaid Ansari, the owner of Kohenoor TV, said in a recent interview that the channel selected you on merit and it had nothing to do with your gender. But you obviously can’t shrug off the transgender TV presenter image. Are you comfortable with being labeled?

I have been fighting for the rights of the transgender community for a long time and I might have to live with this label. This is just a beginning. Should I be offered a government position, I am willing to take it as it will give me an opportunity to work for the welfare of my community, which faces many problems in Pakistan.

What is your take on the plight of the transgender community in Pakistan?

Transgender people face discrimination in Pakistan and are not accepted by society. We want to be accepted as equal citizens of the country. We have the right to employment and to inherit property.

There should also be an employment quota for our community. In Pakistan, religious minorities and women have reserved seats in parliament. I demand the government reserves seats for us in both lower and upper houses of parliament. That should be done before the upcoming general elections this year.

You studied journalism and also worked as a fashion model. How difficult has it been for you to make a career?

I had to struggle a lot to be accepted. My family parted ways with me when I was studying in school, so I had to work in a fashion salon to fund my own studies. I worked as a model, graduated in journalism and got a job at Kohenoor TV after spending three months as an intern there.

The sad part of the story is that people [in general] never supported me. I never received the respect that society generally gives to men and women. I have been teased and harassed constantly.

I think that things would have been easier for me had I received support from my family. I want to convey this message to all parents: Never disown your children even if they are transgender. Love them, educate them and support them. If you accept them, the society will accept them too and they will contribute to the progress of the country.

Transgender children usually end up working in the entertainment industry. They have to work as dancers or even as prostitutes because their families abandon them.

Do you think that as news anchor you will be able to help your community?

I am optimistic. We will fight until we get our fundamental rights. I hope that my selection will motivate other transgender people to work hard. The transgender community in Pakistan must be united for their rights.

Marvia Malik is Pakistan’s first transgender news presenter. She is a journalism graduate and has worked as a model.