Saudi blogger Dahlia Rahaimy: ‘I write what needs to be said’ 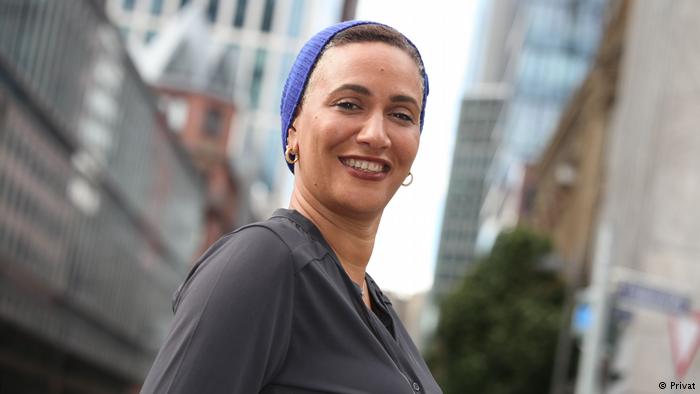 For the first time in 35 years, Saudis can go to the movies again in their country, part of a drive to modernize the arch-conservative desert kingdom. Saudi blogger Dahlia Rahaimy told DW how important the reforms are.

Austrian-born Dahlia Rahaimy, who represented the “Saudi Arabian General Investment Authority” (SAGIA) in Germany for 10 years, is a blogger and a reporter for Arab News. She lives in Jeddah and Dubai. DW got in touch with her to comment on the current reforms.

DW: What do you focus on in your blog, “Dahlia’s news on Saudi Arabia”?

Dahlia Rahaimy: I often get asked: “What are the Saudis like?” because my background has positioned me between Germany and Saudi Arabia, and I know both sides well. Communicating the Saudi side felt impossible, and vice versa. I’m really surprised that although so much has happened in Saudi Arabia over the past few years, the media is catching on only now. Many things people see as change have been in place for some time, but nobody paid attention because the country was shut off.

For me, my report about visiting a soccer game was the most important recent blog post. It felt just like I described it: like a miracle. 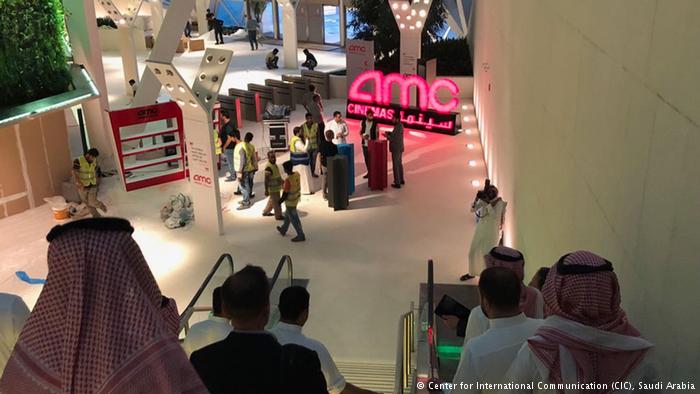 Final preparations in the movie theater in Riyadh

Were you at this week’s film premiere?

No, it was too crowded, and there were no tickets. Going to the movies is like driving a car: Everyone who didn’t have the chance to do it previously abroad will now be flocking to cinemas, and for them, of course, it’s an adventure.

I think it will. The cinema operators will see that, for example, groups of young men are seated in separate sections, but there won’t be family and bachelor sections like before the ban. He [Crown Prince Mohammed bin Salman] can’t take back what he has started.

How significant is the opening of a movie theater for your country?

It’s part of a series of reforms. We’re starting to let women drive, we’re openly discussing guardianship, we’re starting to question Wahhabism as the state religion, and then there’s the Riyadh Fashion Week. It’s one step after another.

Where did people watch films in Saudi Arabia over the past 35 years?

At home, via satellite and Netflix. And people watched illegal video copies, too.

How did the Saudi film industry hold up in those years?

Saudi Arabia has a very active art and theater scene, which has even grown over the past 15 years. Initially, there were only men; some were stand up comedians, on YouTube.

But there were no Saudi films.

The first international film was “The Girl Wadjada,” a German-Saudi co-production. “The Poetess,” shown at the Abu Dhabi Film Festival, was also a German-Saudi co-production, and a new film is in the pipeline. There’s this cartoon, “Bilal,” about the pre-Islam era, a fantastic production, but nobody ever reported about it as a success story. That is sad, and I don’t understand why — perhaps it’s the topic.

Will Saudi cinemas also show independent films in the future?

You won’t find arthouse films in Saudi Arabia. The same is true for Dubai. Only private movie theaters show arthouse films. The people who go to the movie theaters can’t afford foreign travel or a Netflix subscription — and they want to see the Hollywood blockbusters before anything else. 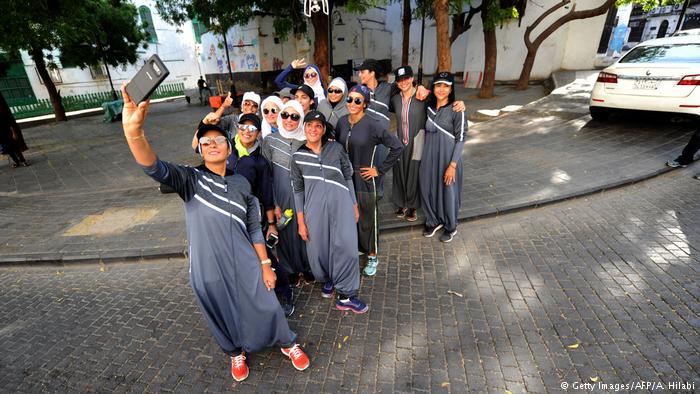 Unthinkable not too long ago: women jogging in the streets of Jeddah pose for a selfie

Are Mohammed bin Salman’s reforms true developments, or is it all about business and strengthening the country’s Vision 2030 blueprint for the future?

He can only implement Vision 2030 if he triggers fundamental change. Various ministries have come up with hundreds of five-year plans over the years, but they were never implemented. The situation now is that either we succeed, or we sink. In view of the current economic developments, the decreasing oil prices and Saudi population growth, there’s no alternative. I’ve always had misgivings about the royal family, but Mohammed bin Salman is possibly the best thing that could have happened to us at this point in time.

He’s one of us — a Saudi, who didn’t study abroad, who wasn’t coddled. When he speaks English with Trump  or Macron, it’s the English of the Saudi middle class. How he speaks, dresses, behaves: He can’t be acting. It’s who he is, and it’s what makes him very approachable for most young people and for Saudi Arabia’s large middle class.

Allowing women to drive broke the ice. That was always a huge debate, many members of the royal family and other officials tried their hand, but quickly noticed the issue was “too hot” — so they gave up. When the Crown Prince curtailed the religious police, we knew, he really is serious about this.

Is he a kind of Obama for the Saudis?

Yes. Even the conservatives back him, but not the die-hard fundamentalists. People with different opinions should voice those, too. We don’t want a revolution — we want to speak our minds, so long as it’s moderate.

It’s true, though, that people here are still imprisoned for their remarks. We just don’t have the time to calm domestic unrest at the moment. On social media, it’s always pro or con, there’s no one in the middle. No one tells us how we feel, and we don’t even know, either. How are we developing as human beings? Right now, we just don’t have the time, which is something I miss. It’s inherent in the freedom of opinion — but things are happening so quickly at the moment. 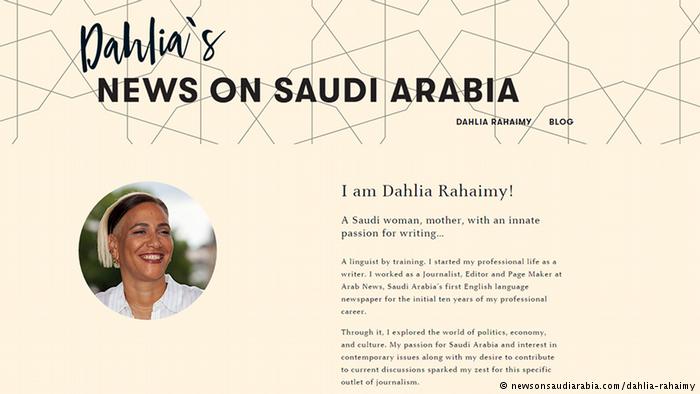 Has the situation changed for homosexuals and non-Muslims?

Homosexuality will always be taboo here — that is anchored in our religion. There will be more freedom for other denominations, but I can’t predict when the first church will be built in Saudi Arabia.

How do you see your future as a Saudi woman?

I’m the wrong one to ask, since I have always gone against the tide. I’ve never made things easy for myself. As far as Saudi women in general are concerned, I’d say they have great opportunities. With a bit of creativity and ideas, women can be successful here.

Have you, as a female blogger, ever feared for your safety?

No, because I always felt I was right. Let me tell you a story: if a Saudi woman wants to travel, she needs her guardian’s permission — that is, her father’s or her husband’s. My German husband had applied for a multiple travel permit for me. It turned out the official working my case was a drug addict, and he made mistakes completing the document. At the airport, I was told I couldn’t leave the country. I told the lady at the counter she could ask my husband, who was right there with me. She said that wasn’t enough because he was a foreigner, could I please fetch my father. I just stood there and screamed.

I was beside myself. I represented Saudi Arabia abroad at the time, and I wasn’t allowed to leave because some idiot confused a few signatures? How was I supposed to represent that country? In the end, I was allowed to board — after arguing my case. That’s what I do in my blog, too. I never write with the need to attack or defend anyone. I write what I believe needs to be said.