How Indonesian women are lured to jihad 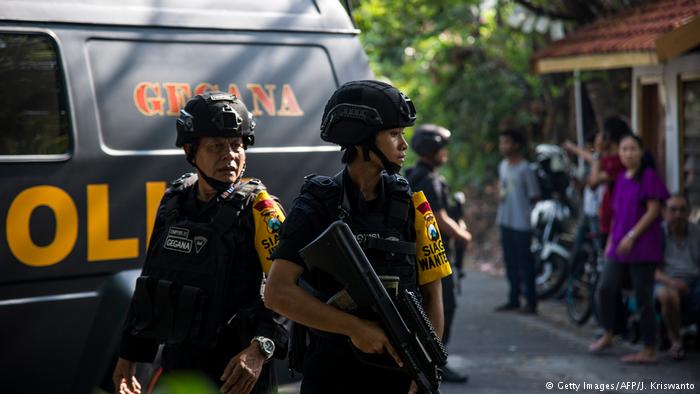 A wave of recent deadly terror attacks carried out by families, including wives and children, have shocked Indonesian society and raised concerns about women’s increasing role in dangerous militant networks.

Indonesia has been rocked by a spate of brutal suicide bombings over the past couple of days, drawing once again the world’s attention to the risk posed by terrorism and religious extremism. In total, more than 20 people have been killed in the incidents.

The perpetrators have targeted churches and police buildings, but the most remarkable aspect of the attacks is that they have been carried out by families, including women and children.

The six church bombers, for instance, included a mother and father, their two daughters, aged nine and 12, and two teenage sons. They have all been linked by police to local extremist network Jamaah Ansharut Daulah (JAD), which has pledged allegiance to the so-called “Islamic State” (IS) group.

Speaking at a press conference, Indonesian national police chief Tito Karnavian said the motives for these attacks in Surabaya and Sidoarjo were interconnected, and that they were ordered by IS. “They feel cornered and therefore ordered other cells around the world to move into action,” he said.

Female suicide bombers are not something new to Indonesia, say police. “But this is the first time they have successfully carried out an attack,” Karnavian pointed out.

Last year, Indonesian police managed to thwart an attempt by Dian Yulia Novi, a woman from West Java who tried to attack the presidential palace in Jakarta. Novi was later arrested and sentenced to over seven years in prison. Recently, two women who wanted to carry out a knife attack on police officers were also stopped and apprehended by the police.

Some analysts argue that there is a global trend in terms of terrorist outfits employing women to execute attacks, and Indonesia is no exception here. “Outfits like IS often use women as suicide bombers, as authorities find it more difficult to suspect and detect female attackers,” said Sumanto al Qurtuby, professor and cultural anthropologist at King Fahd University of Petroleum and Minerals, Dhahran, Saudi Arabia. “Women can tie bombs to their waist and often hide them in their long abaya-style clothes,” he told DW.

These attackers are “dreaming of ‘heaven,'” said Kalis Mardiasih, a researcher at the Gusdurian National Network, an NGO. She explained that the seeds of radicalism are sown in the Quranic study groups where imams deliberately preach animosity and hatred by arguing that we live in a “decadent society.”

“They say many ‘immoral activities’ are taking place in our society, like free sex, gambling and alcohol, and ask those in attendance whether they want to live in a country like that?” said Mardiasih. 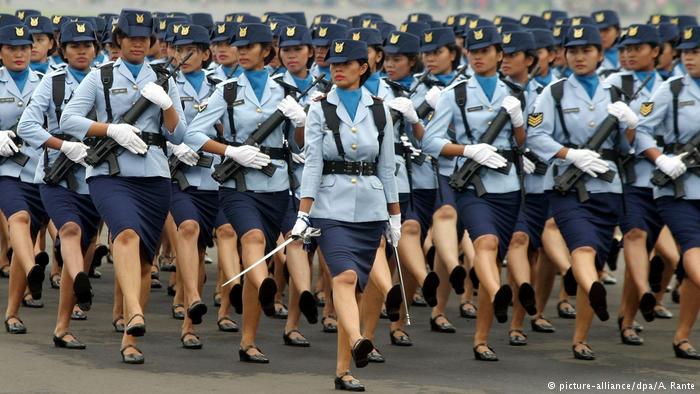 Ajeng Astrida has attended one such Quranic study group in Bekasi, not far from Jakarta, several times. She said some of the speakers delivered lectures that “sparked jihadi spirit.”

“Some of my fellow participants have been brainwashed by those lectures and they hate other religions. So I changed my Quranic study group.”

Another way women are radicalized is through marriage, she said, pointing to one of her friends who has been married to a radical Islamist. “Whatever the will of the husband, especially if it’s carried out in the name of God, or defending religion, it is considered ‘shahid’ (martyr). She also wants to be seen more on social media as a pious woman, by posting pictures and statements on fundamentalist issues,” said Astrida.

Social media also has a big role to play in this, with community groups on platforms like Facebook, WhatsApp, Twitter and Telegram serving as havens for perpetuating extremist narrative and allowing women to play an active role in organizing the attacks, analysts say.

“The worrying thing is that people in these communities are provoking each other,” said Noor Huda Ismail, adding that this sets in motion a “process of radicalization.”

In order to counter rising extremism, observers call on the Indonesian government to ban television and radio programs of radical imams and extremist figures, in addition to their social media channels that often spread intolerant and hate speech.

Ezki Suyanto, who is a member of the Cinta Damai and Pancasila community, an internet user group, called for the government to stringently control social media and remove any content professing hate and enmity.

Public support is key to hinder such terrorist attacks and ensure security in the future, said Labetubun. Furthermore, the expert said, the government should increase the number of women security and intelligence officers. “That would improve the administration’s ability to gather crucial intelligence about female suspects and thwart future attacks.”