Giving her all for gibbons 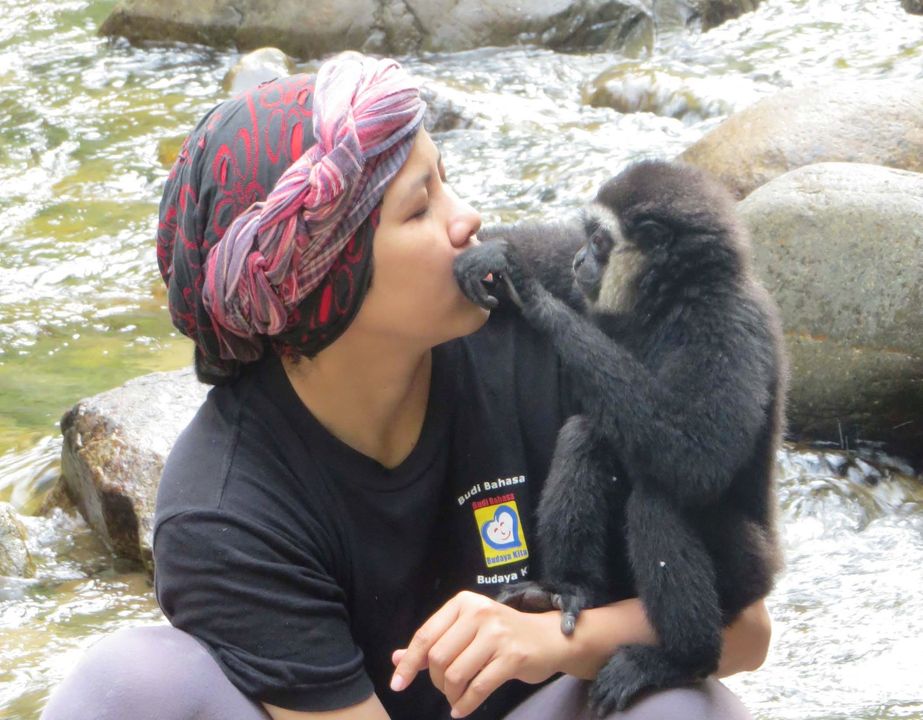 Mariani and Ellek, the first rescued gibbon that she ever took care of. © Mariani Ramli

Mariani willingly sold her house and her beloved superbike, and she used up her personal savings for the small apes.

Furthermore, she has been bitten near her eye, threatened by people in the illegal wildlife trade and had to live all alone in the middle of the jungle.

But despite all that, she has absolutely no regrets, for protecting and conserving the arboreal apes remains her top priority.

Mariani, 31, grew up in Kota Kinabalu, the state capital of Sabah, in East Malaysia. She was surrounded by various birds, pythons and otters, which her father kept as pets in locked cages. She felt sorry for these animals as a child.

So perhaps it is not surprising that at the age of 20 she decided to join Department of Wildlife and National Parks in Peninsular Malaysia as a junior ranger. 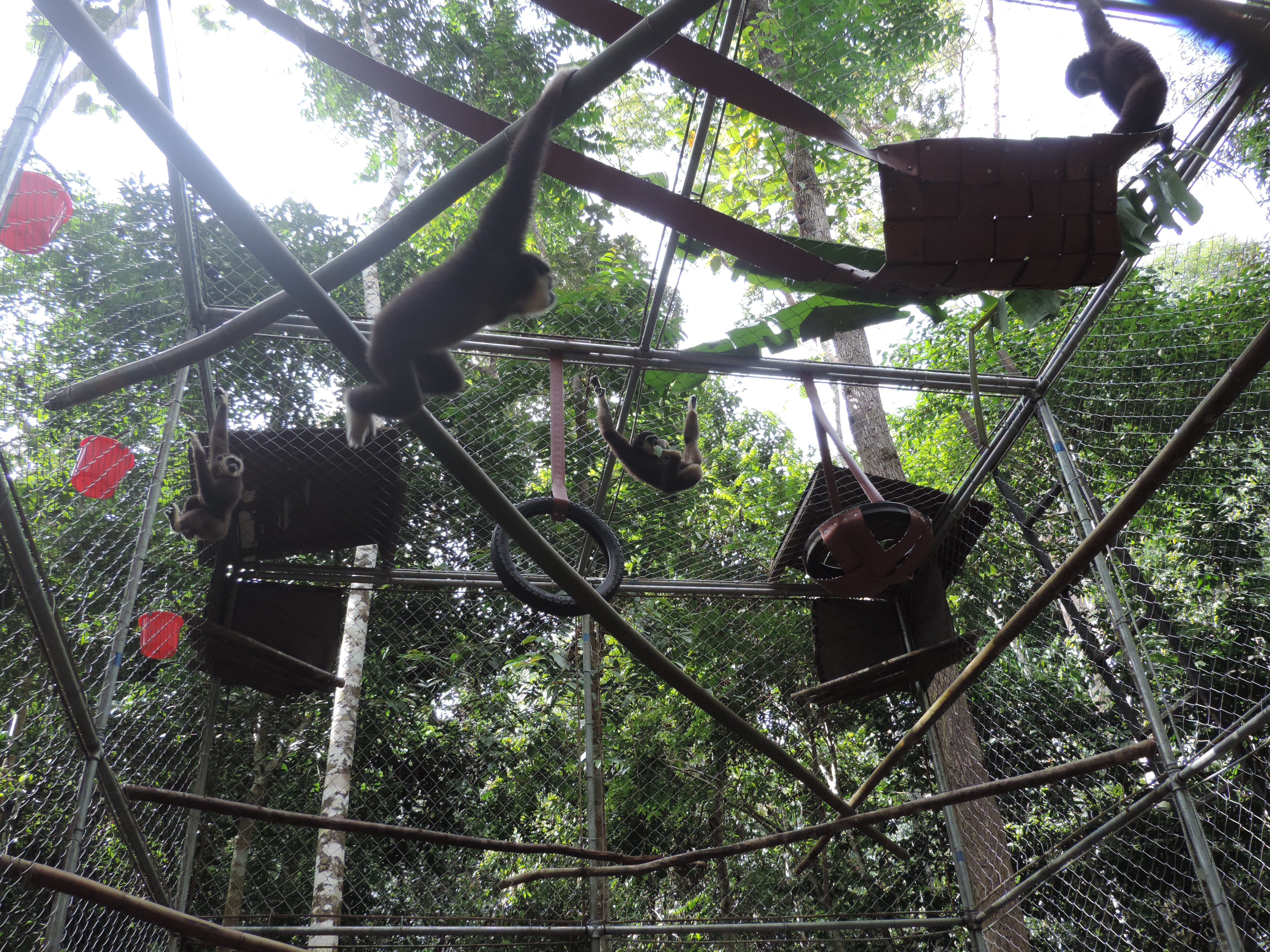 She also earned a degree in Animal Biology from Universiti Kebangsaan Malaysia and is currently studying for her Master’s in Wildlife Conservation and Health, focusing on gibbon rehabilitation and the primate pet trade.

Her affinity for gibbons goes back to 2012 when a baby gibbon named Ellek was entrusted to her care. He had been found in a protected forest area, clinging to his dead mother who had most likely been killed by poachers.

Mariani poured her heart into caring for the young gibbon, researching all the best ways to do so.

But Ellek later died from an infection. Mariani vowed to never care for a primate again since she doubted her abilities.

But then she came across Daru, a male gibbon. He had mistreated by his owner and demonstrated very hostile behavior.

Mariani took care of him patiently and earned his trust.

Mariani understood that taking care of rescued gibbons and preparing them for life back in the wild was something she wanted to do.

Gradually, the number of primates in her charge grew to six and she decided to sell everything she owned to start a small primate rehabilitation center on an old rubber plantation.

She also qualified as a certified primate specialist under the International Union for Conservation of Nature’s (IUCN) Species Survival Commission and in 2016 the Gibbon Protection Society Malaysia (GPSM) was inaugurated.

Last year, Mariani relocated her center to larger premises in the state of Pahang after an environmental activist donated two acres to the GPSM. Six gibbons currently live there. The idea is to release them back into the wild as soon as they are ready.

“Gibbons are so similar to us humans and I see each one of them as unique individuals, says Mariani. 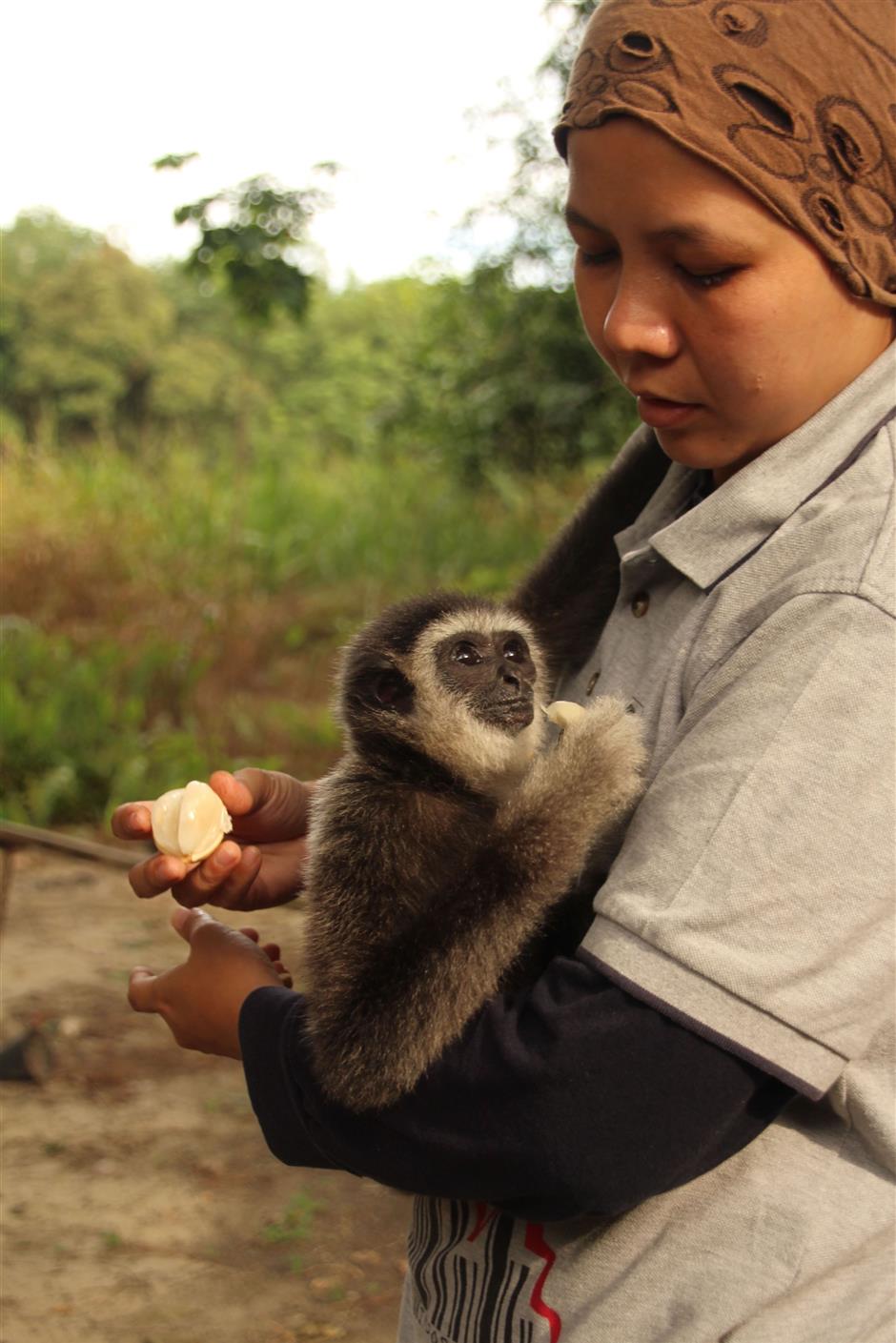 There are five species of gibbons found in Malaysia – the white-handed gibbon, the dark-handed or agile gibbon, the siamang, Muller’s gibbon and Abbott’s grey gibbon. All five are endangered and on the IUCN’s Red List of Threatened Species.

“Gibbons have very strong family bonds. If any member of their family is under attack, the whole family bands together to protect it.”

In Malaysia, the major threats to the gibbon population are habitat loss and fragmentation, fires, illegal logging, poaching and the pet trade.

Mariani says that 11 gibbons are killed to put one baby on sale.

The illegal pet trade is thriving thanks to blatant advertising on social media.

Currently, there is a loophole in the law where a person cannot be penalized for advertising illegal pet sales online. Only those caught in possession of a gibbon can be penalized.

Under Malaysia’s Wildlife Conservation Act of 2010, anyone who hunts or keeps baby gibbons without a special permit can be fined up to RM 200,000 and/or jailed for up to 10 years.

“The most difficult part for me is to change human behavior, to change mindsets and make people understand that wildlife is not for turning into pets.”

“Wildlife academics and professionals must also realize that gibbons shouldn’t be released without the necessary training and rehabilitation after being hand-raised by humans in captivity. They will just die in the jungle because they were never taught by their parents to survive in it.” 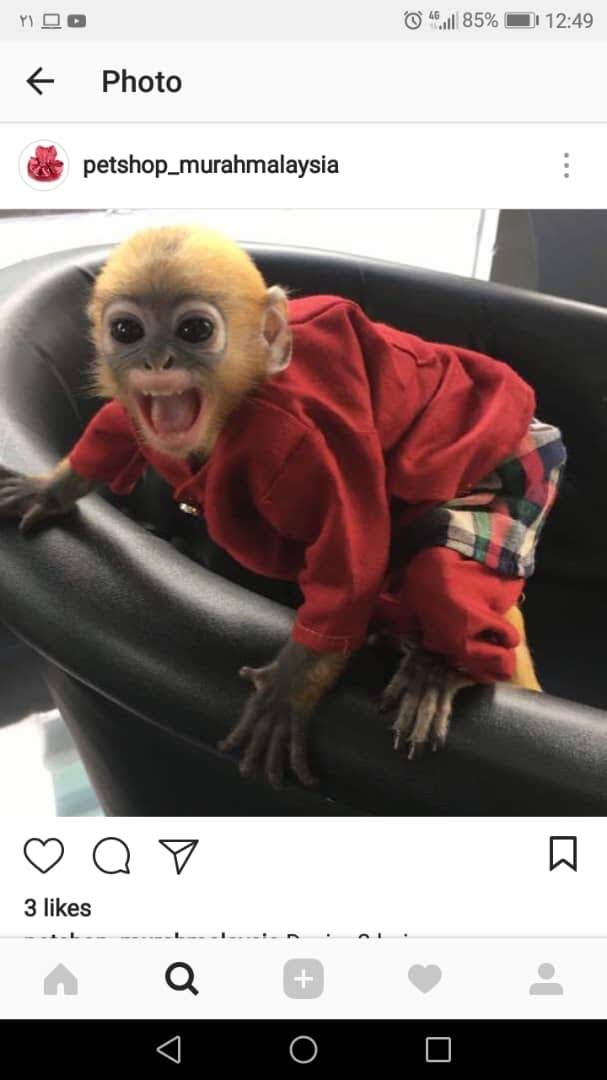 Mariani is often threatened by illegal wildlife traders and owners but she remains unfazed.

“They haven’t physically approached me, though they have insinuated that they would love to see me go under.

“But I want to say that if what happened to Dian Fossey happens to me, I am not afraid. My concern would just be who will continue the gibbon rehabilitation effort if I die and the project hasn’t been fully established yet,” she says matter-of-factly.

US primatologist Dian Fossey was murdered in 1985.

Mariani relies on private donations to operate the rehabilitation center, which she runs pretty much on her own, except for some occasional help from volunteers.

To follow Mariani’s work on gibbon protection and rehabilitation, visit GPSM’s Facebook. If you would like to support her work by making a contribution, you can do so here. 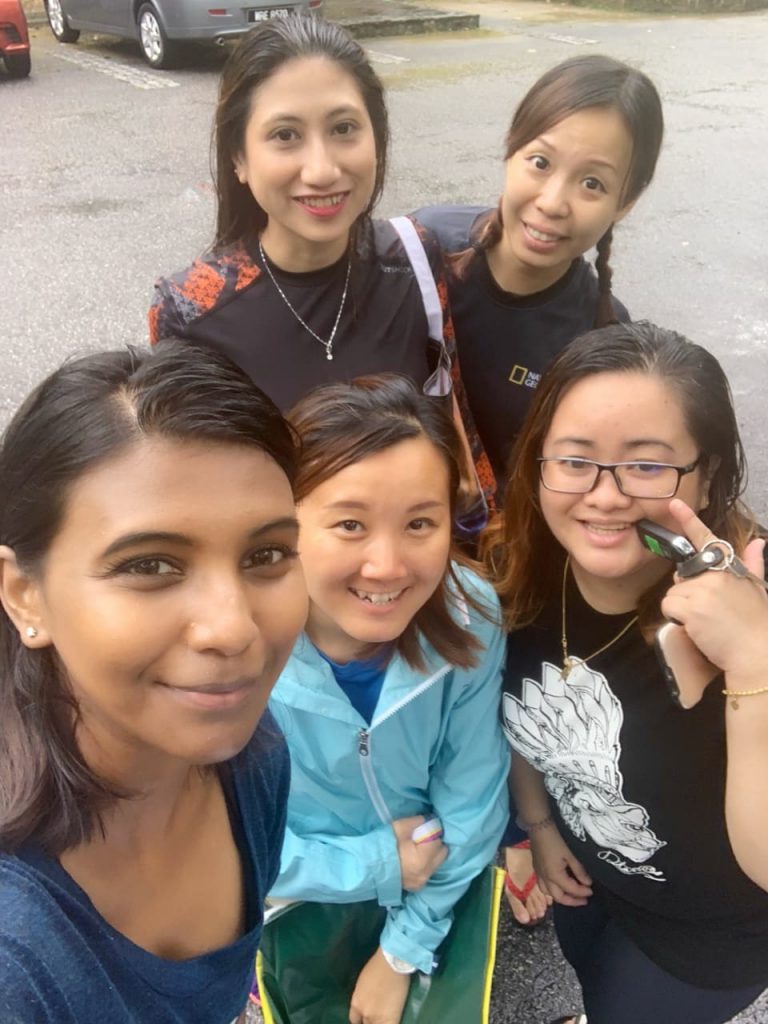 Cleaning up the environment, one beach at a time December 27, 2018