Urvashi Butalia: “Feminism is heading very confidently into the future” 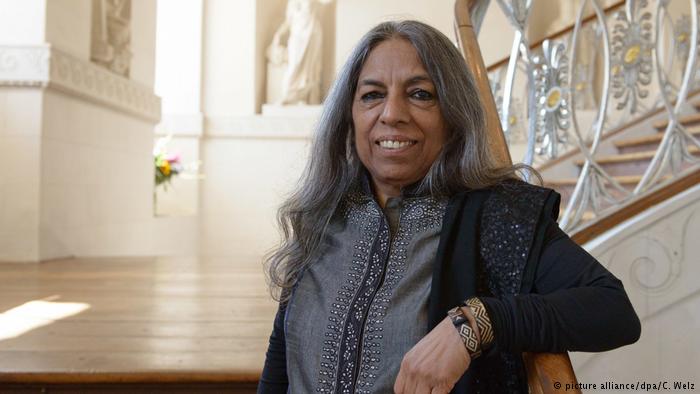 Though women’s movements are gaining ground in India, women remain extremely vulnerable in society. Every day, rape, torture and violence hit the headlines. Let’s examine this issue with the feminist writer and activist Urvashi Butalia, who established India’s first feminist publishing house “Kaali” in 1984. Urvashi Butalia in conversation with our correspondent Apoorva Agrawal.

A recent global survey conducted by Thomson Reuters Foundation declared India as the most dangerous country for women. Based on your feminist work across borders, what factors contribute to India’s poor standing?

I think women’s safety and the terrible violence women face in India are very serious questions that need to be addressed centrally and urgently. I do not have much sympathy with the kind of reports that typify one place as the most dangerous and others as less dangerous. I don’t think that that is a productive way of looking at the issue. I mean, are we saying that in one place if there are less rapes than in another, it is better? Surely not, surely we should be saying that even one rape is wrong and it should not happen. Then, my other concern is – and I have to say I am a bit reluctant to express it, because the moment you say something like this, the right wing will jump on to the bandwagon and say, ‘see, we’re not so bad in India, it’s a western conspiracy!’ That is bullshit of course, things are bad in India, we have to admit that. But to my mind, the sort of questions the survey put are very loaded, and will elicit only certain kinds of answers.

For example, in the question on cultural violence, the kinds of cultural things they have named such as religion, etc are very revealing. Why do we not hear about anorexia which is also a cultural pressure on women to conform to a certain body type and which is very violent to them. So the question actually directs people to answer in certain ways. I’m not saying there is any kind of conspiracy here, but I do believe surveys and polls can only alert us to a partial reality, and must be seen as such and not taken as gospel. If you took the Thomson Reuters report as gospel, you’d think no woman can step out of her home in India, and that is so not true. So how do we find something that takes the seriousness of the problem the report points to, but also takes the partialness of the report and looks at a truth that includes both of those? That’s my issue here.

You set up a feminist publishing house in India as early as 1984. How have the themes of feminism evolved in these 34 years? What were the issues of women then and what are the narratives now? How have your concerns as a feminist changed over these years?

Feminism is not a static way of thinking. As societies change, so does feminism. It’s not easy to map out the changes in a brief space here, changes that are so complex and so deep. But there is no doubt that women in India are raising many more questions about the inequality they have been subjected to by the state, by society and by their families and partners. There is no doubt that women are becoming increasingly vocal and are protesting. When we began as activists in the mid-1970s, we addressed issues such as violence, health, poverty. Today, the issues are many more, and much more connected to each other, such as caste, religion, fundamentalism, law, sexuality, the internet and so much more.

Today also, young feminists think very differently from women of my generation and that is good because it keeps feminism alive and vibrant. Today, there are also, in small places, young men who are interested in what feminism is, or who see how their female friends are changing and who want to understand what is happening. All of these are important things. That is why a report like the one above, is so incomplete, because it needs to also address these realities on the ground. 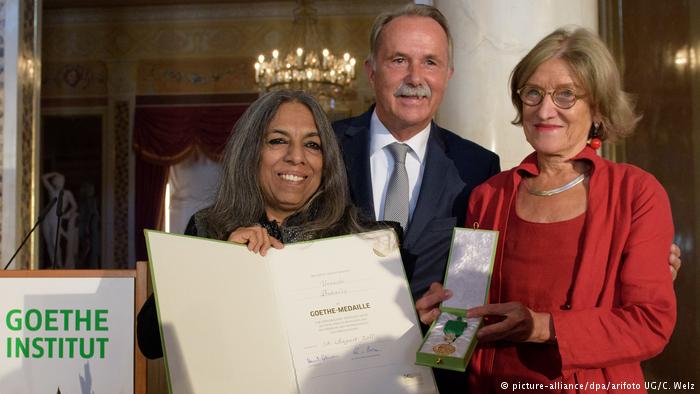 Urvashi Butalia in Weimar, Germany as she received “Goethe Medaille” in 2017.

How is culture used as an excuse for oppression against women? How do you think we should fight for changing mindsets within a culture?

Women have always been subjected to oppressive measures legitimized by culture and social sanction. And this is then used as an argument to ostensibly “keep women in their place” (whatever that place is). But who decides what this culture is? It’s men. And the standards are very different for men and for women. I’ll give you a simple example: many Indian men reproach Indian women for wearing ‘western’ clothes. But they never stop to look at themselves, after all what are trousers and shirts if not western? Even the RSS wears trousers and shirts, so do most Hindu right-wing politicians, all the ones who speak online about culture.

Also, when people want, and when it is to their advantage, cultural change can happen overnight. When India started globalizing, the culture of money, the culture of fast food, all of these came in. I did not see or hear anyone protesting. No one said making money is not part of our culture, instead they took to it like fish to water, and now it’s become ‘natural’. Culture is a strange thing, it serves the interests of the powerful and they prolong it or shorten it as they wish. I think that this is total hypocrisy.

In your book, The Other Side of Silence, you proposed the idea that the partition of India was an event that did not belong to the closed chapters of the history books because a lot of first-hand stories belonging to that era continued to be told and retold privately across households in India and Pakistan. How did this influence your research method in studying violence against women during that time? Does this violence still affect the position of women in Indian and Pakistani societies?

The thing is, the pain and suffering of partition is something real. Millions of people experienced terrible dislocation, loss, violence, rape, abduction, desertion and so on. While some material relief was provided by both the Indian and Pakistani states in terms of homes and jobs etc., very little was done for the mental health of people, very little was done to deal with the deep psychological impact on the minds of people. And of course a whole lot of issues, such as trade, etc were left unresolved. As a result of this, and as a result of our refusal or reluctance to listen to people’s stories, so many of these issues remain unresolved. But they do not go away. And the mutual suspicion and hatred you see in India among Hindus and Muslims, what is that if not a legacy of the unresolved issues of partition? 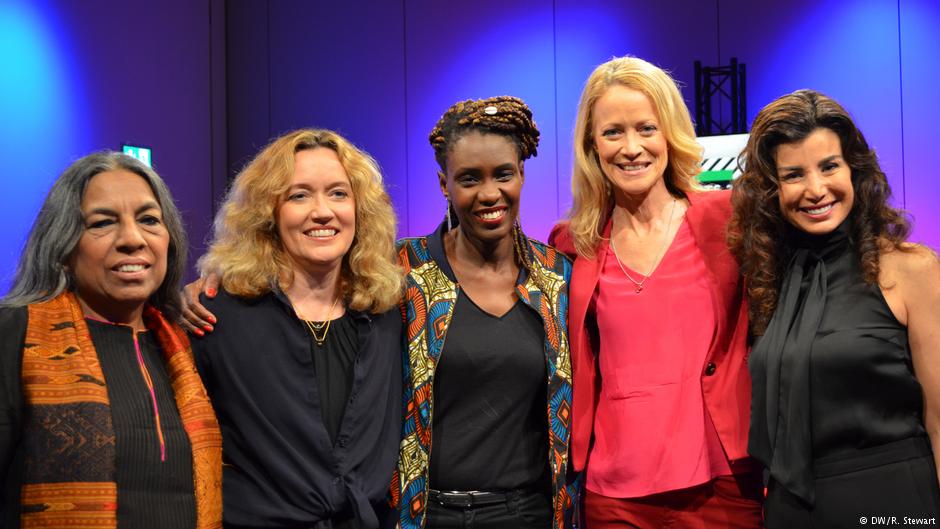 Do you think that the contemporary generation of feminist writers is more confident with its voices? The new literature and films are experimenting and exploring a range of diverse subjects. Can we consider this as a success or an achievement of the feminist movement?

Yes, I think this is very true. Women’s voices in literature today are diverse and rich and full of a dynamism and a confidence. This is so important, and it will change the way literature has always been looked at; it will also question the making of canons in literature. But having said that, while this is so important, it’s also necessary to remember that all the “BIG” names are still men. It’s our attempt to ensure that Indian women writers are given the same respect as male writers and that their names become part of the commonsense of literature in our country.

My last question is: where is feminism heading? The world is becoming increasingly connected and as a result, culturally homogenized. Is this changing even the voices of women from the marginalized sections of the society?

Feminism is heading very confidently into the future. The changes may be small, but they are irreversible, once women have begun to speak out, once they sense their power, once they challenge the state, then there’s no stopping them. It will not happen quickly, but that change will happen is certain.