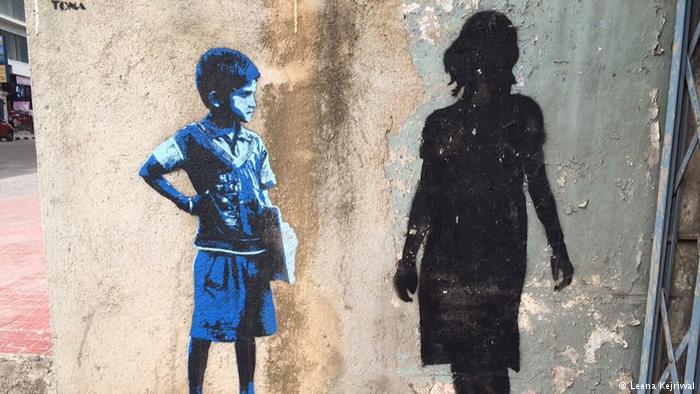 Leena Kejriwal uses art and gaming to share stories of human trafficking and encourage players to take action in the real world. Thousands of girls are forced into the sex trade in India each year.

Leena Kejriwal’s art installations are hiding in plain sight across India. In small towns and big cities, stark black silhouettes of little girls are spray-painted on buildings, railway station walls, the boundaries of schools and in crowded markets.

They tell the story of how every eight minutes, according to national crime statistics, a girl in India goes missing into the sex trade, into domestic slavery, into organ trafficking or by sex selection even before birth.

These murals are just one of the many ways that Kejriwal, a 50-year-old artist and photographer from Kolkata, uses art, design and, most recently, a mobile phone gaming app to raise awareness about human trafficking in India. Her mission is to get people to look up from their screens and spare a thought for missing girls. 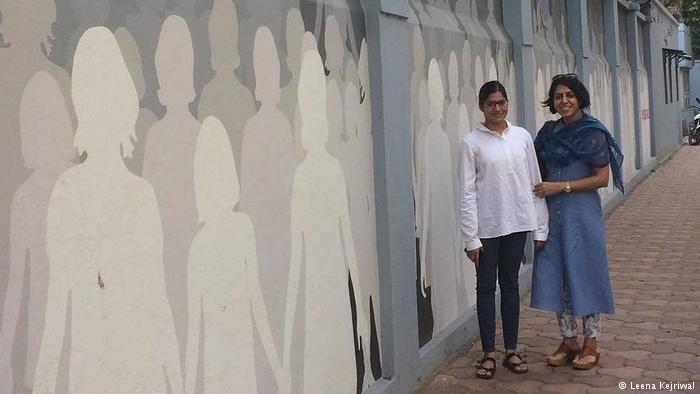 According to National Crime Record Bureau statistics, at least 1.2 million girls between the ages of nine and 12 were trafficked into India’s sex industry from 2006 to 2016. Some were runaways, others were kidnapped or enticed by strangers, many were sold by their destitute parents.

Kejriwal first encountered the topic about 15 years ago, while working on a photography project titled “Spaces, No Faces.” As she documented the lives of sex workers in Kolkata’s red-light area, capturing their rooms, their posters of gods and goddesses, and the beds under which their children hid when they had clients, she listened to their stories.

She revisited their stories in 2012 by recreating a brothel space for a multimedia installation in Iran and Germany. The walls featured a pastiche of photos, objects and found art: a painted woman cradled a photographed baby boy; teddy bears appeared under posters of goddesses.”It was very graphic. People were never unmoved,” she says. “But at the same time, I kept thinking, ‘How do I make it visible — so that people don’t have to enter places, pay admission to see it?'”

The following year, during a public art residency at the School of Visual Arts in New York, Kejriwal hit upon the idea of a simple silhouette. “Someone mentioned that ‘the eye is the biggest black hole. Everything sinks into it.’ And I knew my silhouette was black — a black hole into which the millions disappear when they go missing,” she says. 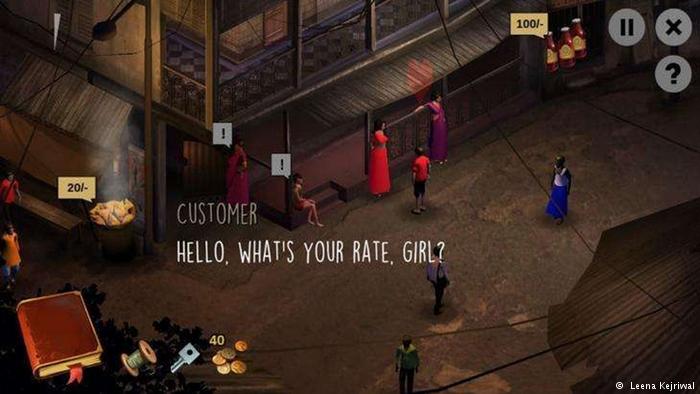 ‘Missing: The Complete Saga’ is in development now

Since then, her fabricated metal installations have loomed over festival- and museum-goers across India. To get more people involved, she made the stencils available online for free. They’ve been downloaded more than 2,500 times.

In the meantime, Kejriwal has taken the project a notch further. She crowdfunded “Missing,” a role-playing gaming app, in which players “step into the shoes of Champa, a girl who has been abducted and trafficked, and they have to escape,” she explains.

The game can be played for free on a mobile phone anywhere in the world, making the story of trafficking something that could happen to anyone, rather than to some nameless, faceless child in a remote Indian village. “It was very important that we didn’t thump people with the message, but that it was playable.”

The game draws attention to the fact that 80 percent of India’s trafficked women are forced into the sex trade. Kejriwal designed it as an educational tool for NGOs and schools, but it appears to have reached a larger audience as it has been downloaded more than 500,000 times in 70 countries. The unexpected interest inspired her to create a longer, more in-depth game, which she crowdfundedlast year.

It starts with Champa’s backstory as a young village girl and differs from the previous one in that it is a choose-your-own-adventure game with many possible futures.

The scenarios are based on interviews with hundreds of “missing” girls, as well as rescuers and social workers, says Kejriwal. 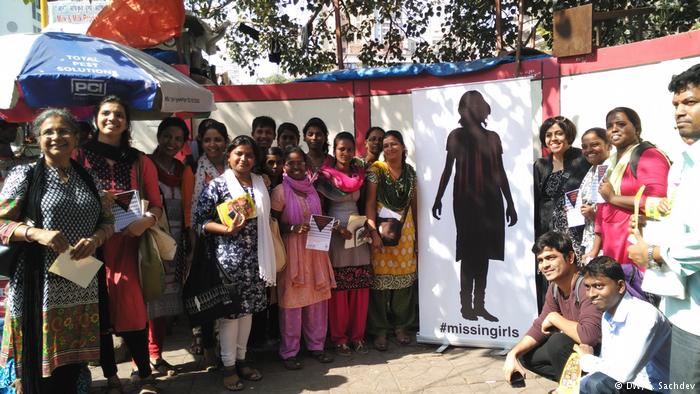 “The gaming community is 80 percent male,” she points out, a space in which her game may sensitize players and challenge entitlement. “In our country, we don’t really condemn the sex trade. It’s easier to criticize someone smoking in public than paying for sex. Everybody thinks it’s very all right for a man to buy sex.”

Robin Chaurasia of Kranti, an NGO that educates children of sex workers, agrees. “Art is an amazing way to bring a topic to a wider, mainstream audience who wouldn’t otherwise feel a connection.”

At the end, players are encouraged to intervene when they see the “missing” in real life. Reactions from testers have been encouraging. They report feeling moved by the situation and wanting to help prevent it. Kejriwal plans to release the game next year.

Meanwhile, her murals continue to spring up all over India, black silhouettes standing out in space, drawing attention to the girls who were there, but have since disappeared.