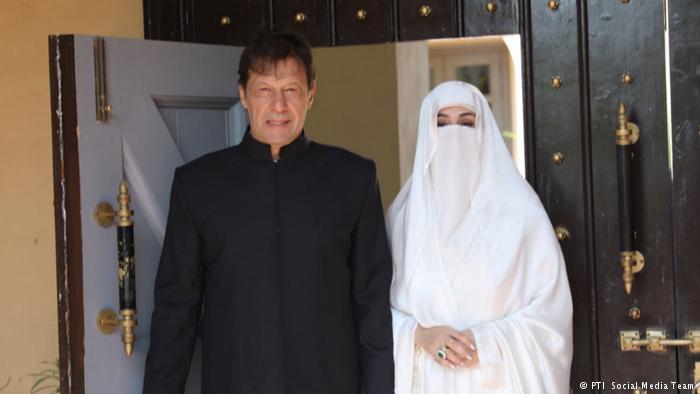 As the world recently watched one of Pakistan’s most recognized faces, Imran Khan, taking oath as the nation’s 22nd prime minister, it also saw a fully shrouded lady standing next to him holding a rosary in her hand. That was Bushra Khan, Imran Khan’s wife, who is now representing Pakistani women as their first lady.

It is important to examine the choice of apparel of Bushra Khan and the message it sends to the international community with regard to what is now popularly hailed as “Naya” (new) Pakistan.

The image of Pakistani women

Pakistan can rightly claim to have made impressive advances when it comes to women’s empowerment and gender rights. The country boasts women leaders in various fields, from politics, education and medicine to arts, literature and films. Pakistani women have made their mark even in excessively male-dominated areas like the military, police and aviation.

Numerous women officials in the nation’s diplomatic corps, administrative services and judiciary have served the country with distinction.

Despite the advances, the general situation of common women in Pakistan appears anything but enviable. They are mostly confined to the households of their fathers or husbands; they don’t have proper access to education and healthcare; they often end up as victims of male pride and family honor, among other things.

There are multiple reasons for their low status. One of the most obvious, particularly for the West, is the practice of covering themselves behind veils. 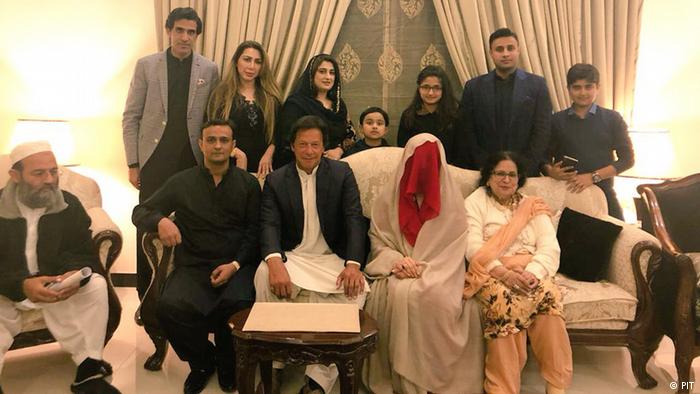 Veil: by force or by choice?

In the West, it is generally assumed that the veil is the symbol of male domination of women. And that the practice creates hurdles for women when it comes to their free movement, as well as causes some health and security hazards.

Whether or not Islam prescribes a hijab or just a modest dress for Muslim women is still a controversial subject. If we look at the various regions of the Muslim world, the practice seems to be more cultural than religious. It took a long time for Europeans to understand that a woman might choose to wear a veil not just due to coercion, by family and society, but also, sometimes, of her own free will.

Still, the old idea that the veil is not a symbol of emancipated and liberal women still lingers.

Bushra Khan’s veil, however, is not Pakistani in its style. Women in the South Asian nation usually wear a chador, a large piece of cloth that is wrapped around the head and upper body leaving only the face exposed, or a dupatta, a head cover or scarf made of silk or muslin. 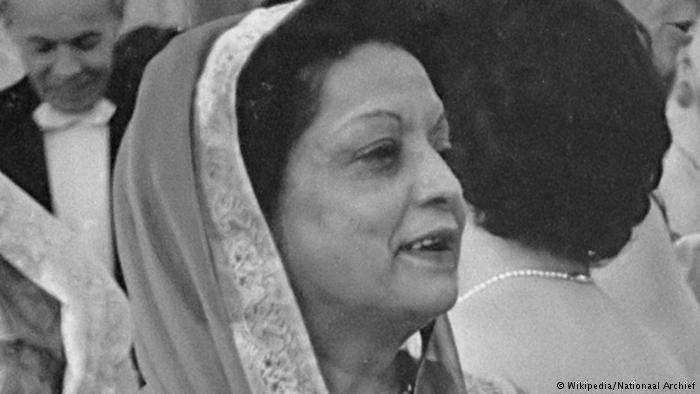 Furthermore, Begum Rana Liaqat Ali founded the All Pakistan Women Association (APWA) to ensure that women have equal opportunities to work in almost all fields of life.

The next prominent first lady of Pakistan was Begum Viqar-un-Nisa Noon, an Austrian by birth and the wife of former Prime Minister Feroze Khan Noon (1956-1957).

She actively participated in almost all fields of life, and after her husband’s death, she continued to live in Pakistan and served as a federal minister for tourism and culture.

Ex-Prime Minister Zulfiqar Ali Bhutto’s wife, Nusrat, also played a prominent role to promote the cause of Pakistani women. She initiated many programs for women’s empowerment.

Bushra Khan has now stepped into the shoes of these women. But the new first lady has adopted what looks like a North African-style veil, which even hides her face.

The big question is whether this covering would be viewed as a choice she made, for personal reasons, without any coercion or a conservative and hindering object. 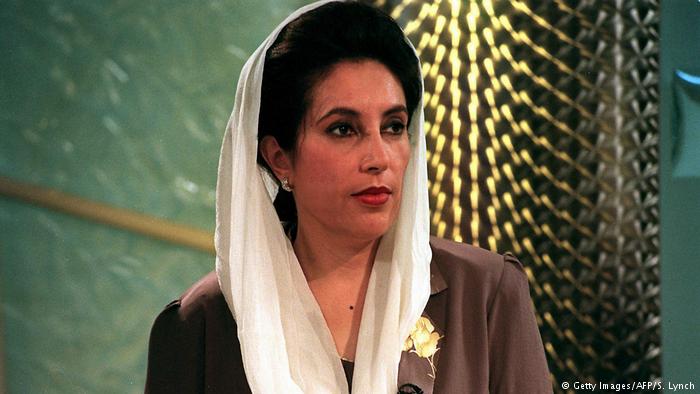 Bushra Khan hails from a well-known Wattoo family from Dipalpur in the vicinity of Pakpattan, the home of the distinguished Sufi saint Baba Fariduddin Ganj-i-Shakar.

The Wattoos claim that they were converted to Islam by this saint; so they have a special reverence for him. Bushra Khan was married to Khawar Farid Maneka, who belonged to another clan of the Wattoos, the Maneka.

The Manekas lived in Pakpattan and were closely associated with the descendants of the Sufi saint. Bushra’s father-in-law was a federal minister in the previous Pakistani government, run by Nawaz Sharif’s PML-N party. Her ex-husband was a civil servant in the customs department and had the reputation of being corrupt and greedy.

Bushra was drawn to the shrine of Baba Farid and started practicing Sufi rituals in healing and comforting people in distress. She became know as “Pinky Peerni,” the pink guide.

Bushra Khan is a practicing Sufi Muslim and never meets any male stranger without the veil or leaves her house without it. Yet, most viewers watching Imran Khan’s swearing-in ceremony were shocked at her attire in today’s “modern world.” They even criticized Imran Khan’s sartorial choice as not befitting the position he now holds.

Some commentators, however, were of the view that women should be left alone when it comes to what they choose to wear.

Choices made free of coercion are indeed the road to happiness and freedom. But it will be interested to see whether the world will look at Bushra Khan’s dress through this lens or in the image of a “suppressed Muslim woman” when she accompanies her husband to visits abroad.