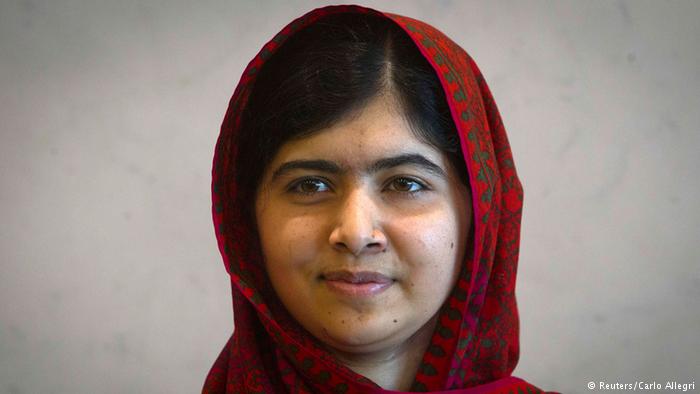 Young Nobel laureate Malala Yousafzai says that “one child, one pen, one book and one teacher can change the world”. Aimen Rubab agrees but points out that problems arise if the child is a girl, the pen is not free, books are not available and teachers are “totally biased against female students”.

Rubab is a 19-year-old computer sciences student at Punjab University. She is frustrated that gender discrimination continues as she grows older.

“During lectures, our teachers don’t listen to girls if they have to say something, however boys get full time and attention to speak their mind.”

She says that the atmosphere on campus promotes gender segregation, which Aimen finds suffocating. She says that extracurricular activities are almost nonexistent for girls while boys can enjoy all sorts of sports. At times she thinks she had more fun as a schoolkid kid than as a student because university life is too drab and restrictive.

“Although it’s quite normal to interact with classmates, the mingling of girls and boys is such a big issue that is strictly forbidden on our campus.”

During her adolescent years Aimen, who grew up with a single mother, had to deal with many physical and psychological pressures on her own since as there was little social acceptance for her family situation. Relatives gave her unsolicited moral advice on the evils of having male friends or going to a co-education university. Living or going out alone is not widespread in Pakistan.

“Pakistani men think its their right to stare and harass a girl once she is out waiting for a bus or shopping in a market. From school to university, I have never felt free or safe while walking in the street.”

The Lahore-based women rights activist Kishwar Sultana explains that the socio-political system is not conducive for the development of Pakistani girls. She blames institutional patriarchy and says that it permeates the education system and the media.

“The social structure doesn’t offer equal outlets to young girls and boys, the birth of a girl child is still considered bad news.”

“The state patronizes gender development in so far that the term ‘violence against women’ is not acceptable to authorities unless it also refers to ‘mothers or daughters’, hence reinforcing gender stereotypes.’

“I don’t want to live in this country’, says Aimen bitterly. ‘I want to be a software developer but our institutions and teachers don’t support girls in this field. My mother is very supportive but our relatives constantly remind her that marriage is the goal for a girl.”

According to the United Nations Population Fund, one in three girls is married before the age of 18 in Pakistan.

Freedom is what Aimen misses the most about her life in Pakistan and this is exactly what Mekila Abid, 14, who arrived in Germany at the age of four, enjoys the most about her life. Despite the challenges of learning German at kindergarten and bullies at school, she realized there were “infinite possibilities to explore and experience in Germany.” Unlike her Bollywood-crazy cousins, Mekila became part of a K-Pop ‘army’ of fans and developed an interest in reading and creative writing. An avid Harry Potter fan, she wants to be a writer. On a free day, she is happy to sit in a quiet corner of a park for hours to enjoy her latest read. “When I look at my Pakistani cousins, I feel we have a lot more opportunities for outdoor sports like biking, skateboarding or swimming.”

Like all millennials, both Aimen and Mekila love to use social media to catch up with friends and favorite celebrities. However Aimen thinks she spends time on SM because she has no other means of entertainment. Mekila too admits her digital consumption is too frequent, however at least she knows that she can ride to her friends’ place or the library whenever she wants or gets bored. However, she is not allowed to go to late night parties. Bonn is a safe place “but now we hear a lot about sexual harassment – that’s why my parents don’t let me go out at night.”

In Pakistan, the scarcity of playgrounds and safety is a genuine problem which keeps younger girls like Nirmen Atif, a grade three schoolchild in Islamabad, at home. ‘I love to play tag with my friends at home. We don’t have a park near our house and I never go out alone.’

Sultana worries that crime against women in Pakistan has increased. This further limits their mobility and freedom while threatening their safety. “Class also plays a crucial role when it comes to the freedom and sexual health rights of young girls.

“Girls in urban centers have better access to reproductive health information and products than those in rural areas. In cities, technology like car-pooling services and internet have enabled young girls to challenge their confined roles. However, in rural areas, not only are girls’ dropout rates too high, their fun and games is also restricted to household chores e.g going out to wash.”

While Aimen has doubts about her career in software development, Mekila is more worried about what career to pursue or why.

When it comes to sexual freedom, the two have more in common than they might think. Both are subjected to paternal authority. As Sultana says, “Shame and guilt in girls, instilled by Pakistani society, keeps them from making informed decisions throughout their life and relationships.”