‘Grey is the new pink’ — Moments of ageing 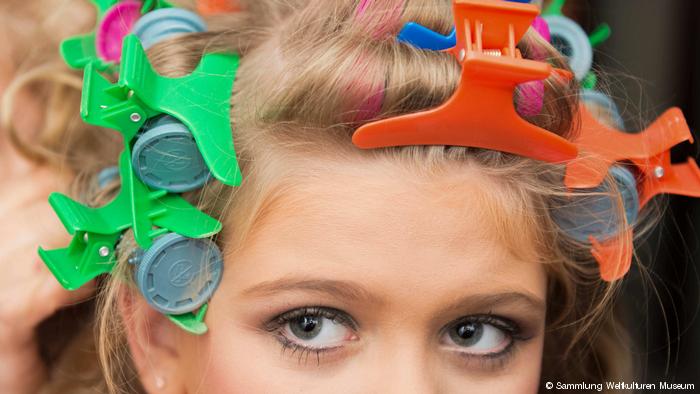 Frankfurt’s Museum of World Cultures shows evolving perceptions of ageing around the world. The multi-media exhibition “Grey is the New Pink — Moments of Ageing” suggests that there is no universal definition. 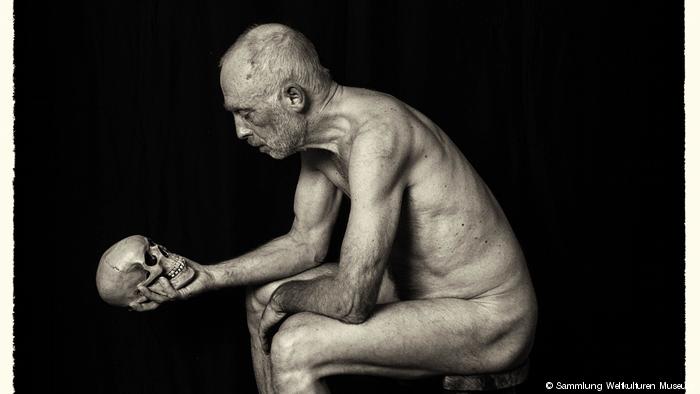 The exhibition explores ageing in photos, videos, literature and drawings, as well as in large-scale and multimedia installations and performances. On display are works from the museum’s collections, by 18 international artists, and by members of the global civil participation project “Call for Content,” including this photo by Axel Netzband. 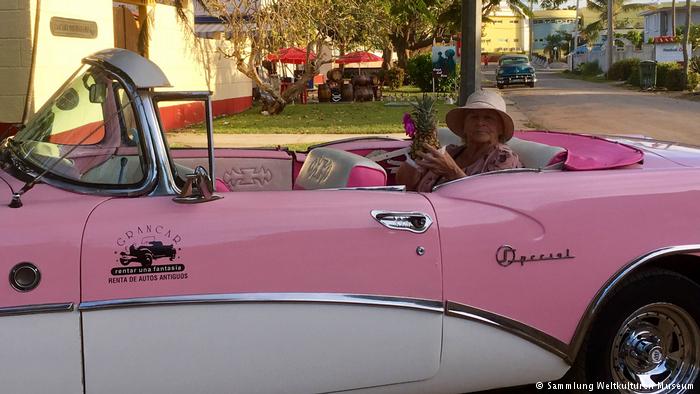 In 2017, Heide Schott photographed her 79-year-old grandmother in a vintage American car in Cuba. Titled “Enjoying Life,” it is one of more than 300 works submitted by people from all over the world in response to curator Alice Pawlik’s “Call for Content.” The project requested for a visual answer to the question, “How do you see old age?” 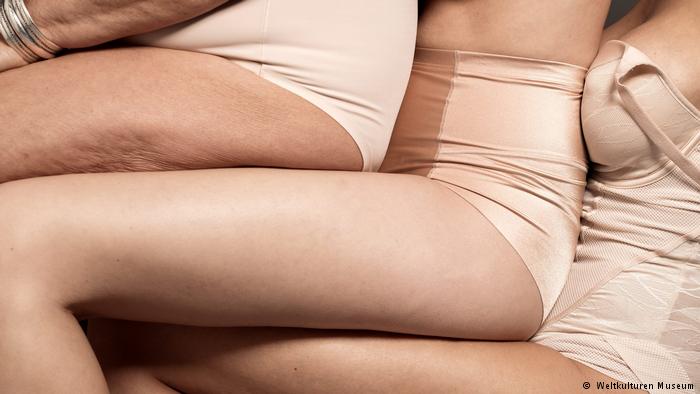 Lia Laukant’s photo “Intertwined” is another visual commentary on growing old. Showing how closely knit the progression of generations is, it’s a very personal statement featuring the artist herself, her mother and her grandmother. 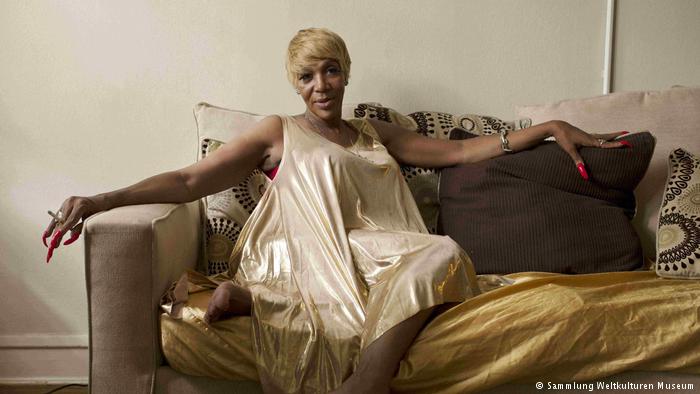 Sex and love among the elderly is almost a taboo topic. “To Survive on This Shore,” a photo series by US artists Jess T. Dugan and Vanessa Fabbre, documents the older generation’s unabated need of tenderness and desire for intimacy: people over 60 can fall in love too. The artists show transgender and gender non-conforming older adults with their most intimate thoughts.

The face of age 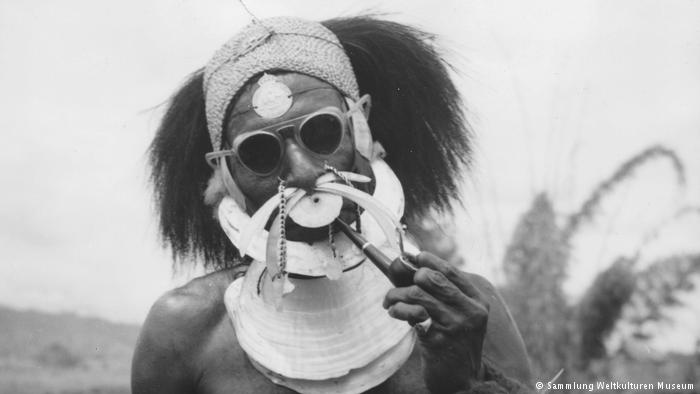 Ageing is a visible process, but every culture defines old age in its own terms. There’s no single or general definition. “Big Man” is a photo from the museum’s collection that provides an answer to the question, “Who is old when and where?” It was taken by Petrus Beltjens in the early to mid-1950s in New Guinea’s Chimbu province.

Ageing in dignity and beauty 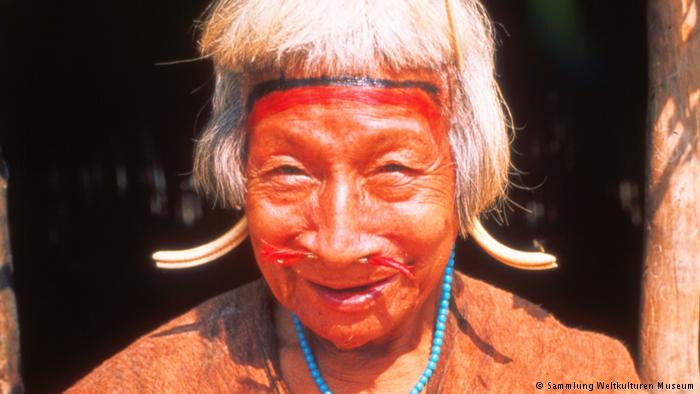 An unknown photographer took this 1969 picture of an “Elderly Woman from Bolivia.” It shows that around the world, people try to stay young as long as possible, avoid illness and stave off death. Many photographers in the section “Visual Anthropology” sent in pictures of people growing old with dignity. 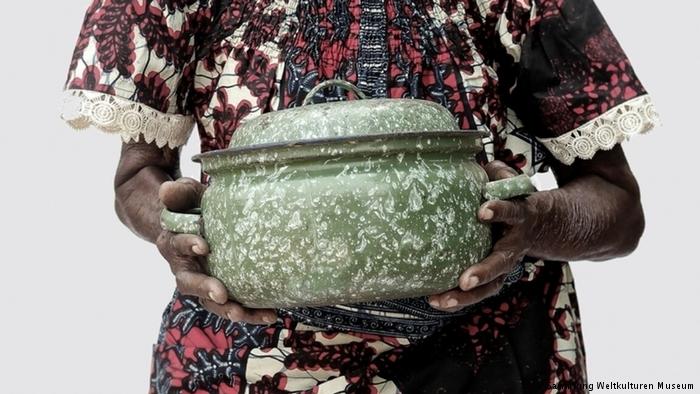 The 2014 photo series “What is Essential is Invisible to the Eye” by Ishola Akpo from Benin shows the role love and tenderness play within the family. The family and old age is a multi-faceted topic with aspects of fear and hope.

The wisdom of the tiger men 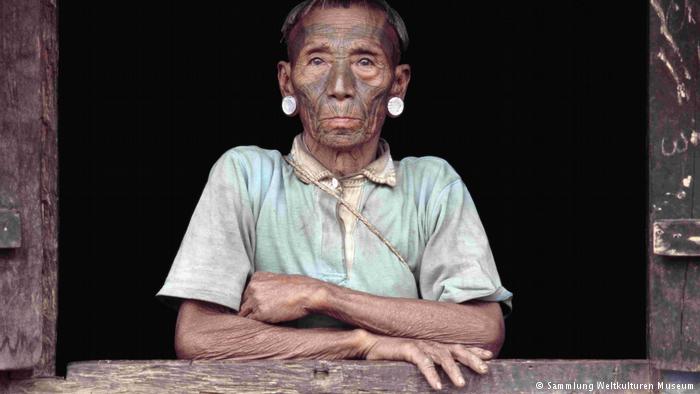 Lars Krutak took many pictures of the Naga tribes in India and Myanmar, and in 2010, of members of the Konyak Naga tribe. The warriors are recognizable by their terrifying tattoos. It’s a visual language the older generation – men usually over the age of 80 – has mastered. With them, knowledge of the spiritual powers their tattoos conjure up is in danger of dying out.

Why do young people want to look older, while old people want to appear to be younger? Israeli artist Naama Attias uses her 2016 photo series “Ain’t Nothing Wrong with Being Beautiful” for a new look at the elderly.