‘Migrant caravan was my only chance’ for a better life 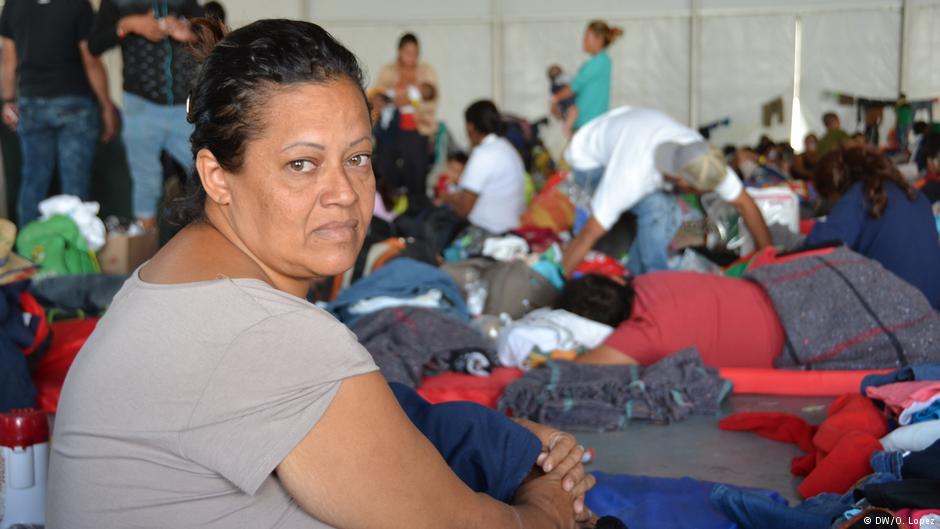 Sitting on the floor of a crowded white tent in the middle of a Mexico City sports stadium, clothes and sleeping bags clumped all around her, Maribel Ponce Hernandez had a message for US President Donald Trump.

“I think he’s never wanted for anything, he’s always had it all. That’s why he can’t look at us with pity,” says the fiery 46-year-old. “But I don’t judge him. It’s God that will deal with him.”

Hernandez, who is traveling with her four children, aged 11 to 25, is one of nearly 5,000 Central American migrants currently passing through Mexico towards the United States, in the hopes of finding a better future. President Trump has promised to meet the migrant caravan with up to 15,000 troops at the border, and on Friday, issued a proclamation suspending asylum rights for migrants who try to enter the US illegally.

But despite the threats coming from Washington, Hernandez, who set out from Honduras in mid-October, is undeterred. “I left my country because I’m brave, not because I’m cowardly. And because I’m curious to see where this all ends,” she says. “I’m a desperate mother, looking for protection for my kids.” 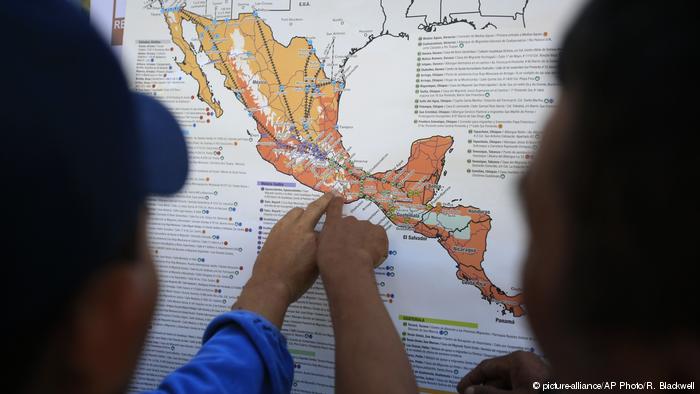 Hernandez’s difficulties began three years ago, when her husband died of complications related to HIV, an illness he had contracted 10 years ago and passed on to his wife: “My husband infected me,” she says, wiping tears from her green eyes. “He found it on the street.”

Antiretroviral drugs can be difficult to access in Honduras, where AIDS-related deaths have increased 11 percent since 2010, according to the UN. Hernandez says her husband never really looked after his condition properly, and when he died, left her as the sole breadwinner.

“It was very tough,” she says. “We had to move house because I couldn’t pay rent.”

Hernandez started selling vegetables from a cart she took around Olanchito, the small town in northeastern Honduras where she lived. She took her youngest children out of school to help her at work. But late last year, protests swept through Honduras following the reelection of President Juan Orlando Hernandez amid claims of electoral fraud. As in much of the country, violence erupted in Olanchito too.

“That’s where the odyssey began for us,” says Hernandez.

Caravan offered a way out

The election conflict added to an already deadly wave of violence in Honduras, which has had one of the highest murder rates in the world since 2010, according to the US government. But Carolina Jimenez, research director for the Americas at Amnesty International, says the effects of conflict in Central America go far beyond murder. 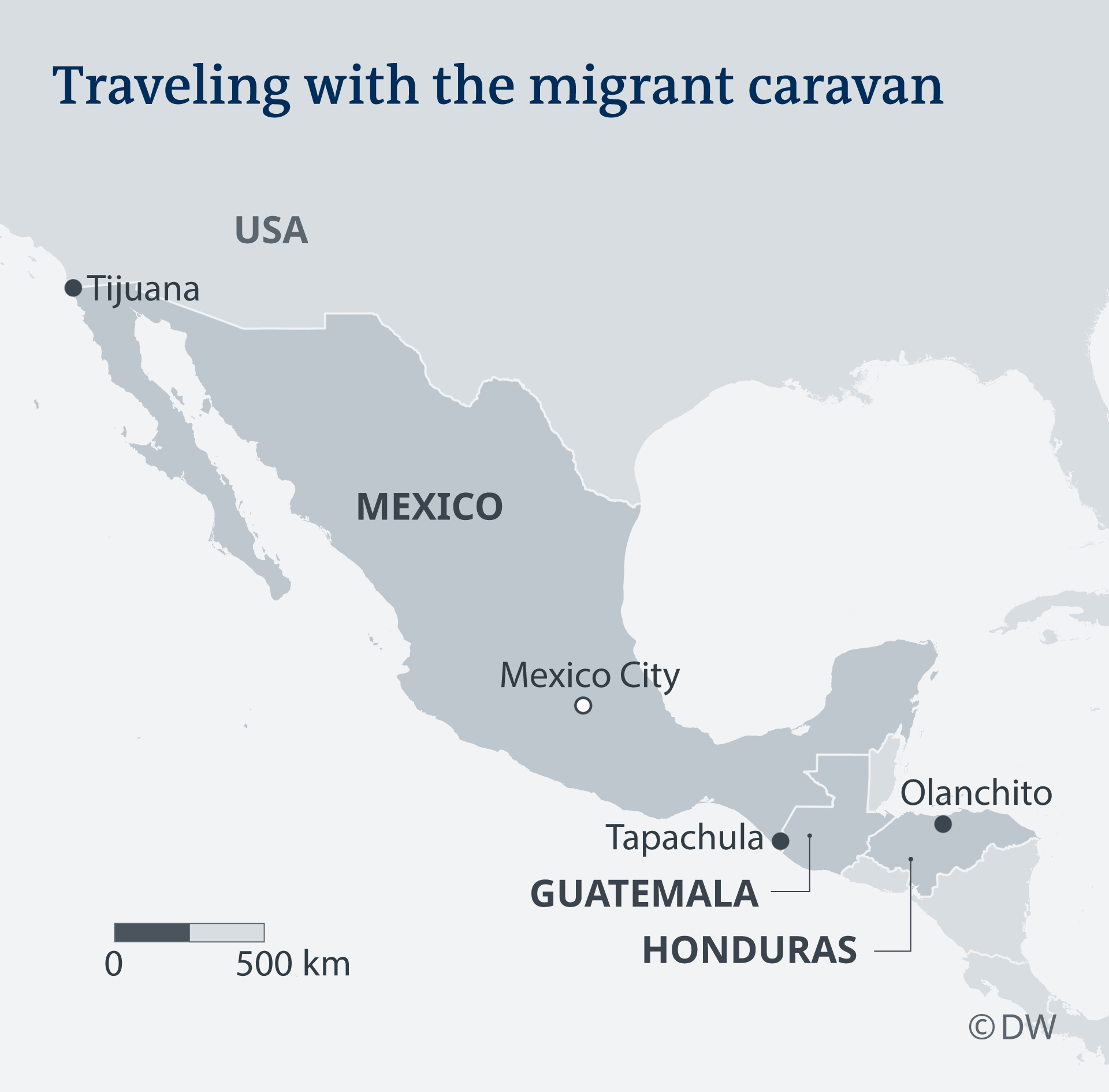 “Violence isn’t just measured by homicide rates,” she says. “The presence of gangs and the control they have over territory, the impunity that exists in these countries in the face of this violence, and situations where the state actively participates in the violence, all make a perfect cocktail for people to feel obligated to leave their communities.”

Hernandez’s youngest son was beaten up in the middle of the protests; her oldest daughter was later attacked and robbed. Fearing for their safety, Hernandez kept her children at home. But battling HIV as well as diabetes and hypertension, the single mother says she struggled to make ends meet: “I couldn’t bring much home. It was just me alone.”

With violence worsening, and her family’s financial position deteriorating, Hernandez began to look for an escape and heard about the caravan getting ready to leave Honduras. Although it would mean a long and difficult journey, and knowing she would have to leave one of her sons with a heart condition behind, Hernandez decided it was worth it.

“It was hunger that made me leave,” she says. “To look for a better life in another country. The caravan was my chance.”

Hernandez and her children traveled through Honduras and Guatemala, up mountains, through rivers, even running from police. On October 19, along with over 4,000 others, Hernandez gathered on a bridge between Mexico and Guatemala, before later overwhelming Guatemalan border agents and facing off with Mexican riot police who shot tear gas at the migrants. 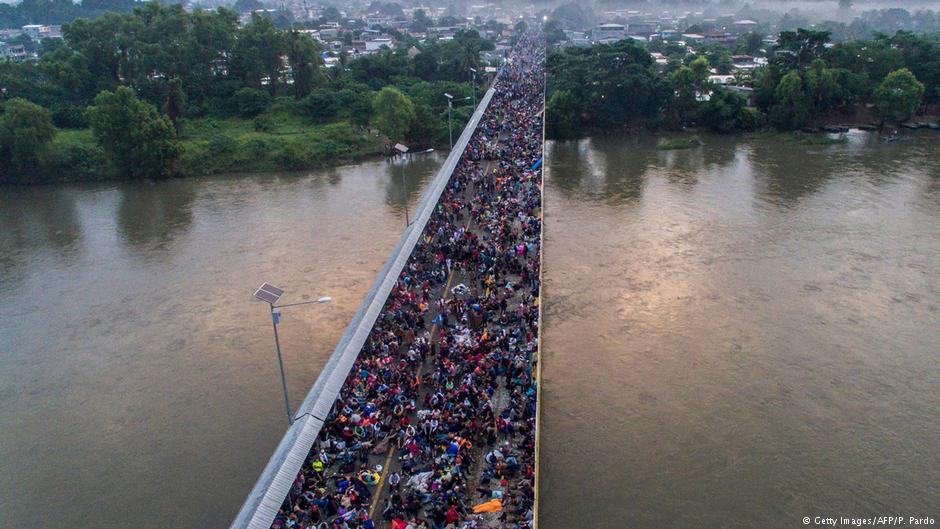 Along with thousands of others, Hernandez and her children crossed the border bridge at Ciudad Hidalgo to enter Mexico

Vulnerable to abuse as a migrant

While the caravan was eventually allowed through, Hernandez collapsed after her blood sugar levels dropped and she was carted off to hospital, her children taken by authorities to a detention center in the nearby city of Tapachula in Chiapas state. After being released from the hospital, Hernandez joined her children in detention, but she says conditions were awful.

“They wouldn’t let us leave,” she says. “It was one of the most horrible experiences.”

This response from the Mexican government has been heavily criticized by local rights groups. According to Anna Saiz, director of local migrant advocacy group Sin Fronteras, authorities detained around 2,000 people at the detention center in Tapachula, about 30 percent of whom were children.

“They were in a detention situation which was very worrying for us,” she says. “The state has only acted with policies and practices of intimidation and confrontation against the people who are coming in this exodus.” 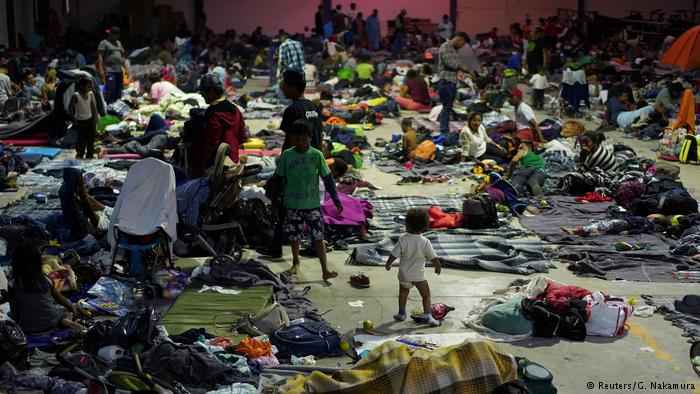 Women and children are especially vulnerable as part of the caravan, but men are also not safe

Hernandez and her family were eventually given permits to stay in Mexico for 45 days and released from detention. Hernandez began working washing clothes for other migrants, and her daughters got jobs at a tortilla factory. But when the factory owner refused to pay her daughters, Hernandez decided it was time to leave.

“As a migrant, who are you going to complain to?” she says. “They’re just going to take advantage of you.”

With help from a local priest she met along the way, Hernandez managed to find transport for her family to rejoin the caravan.

She arrived in Mexico City early last week, where she says the response has been overwhelmingly positive, the city government offering free medical and legal help, and local residents providing food and clothing. But despite the warm welcome, Hernandez was determined to continue her journey.

“I didn’t come just for people to give to me,” she says. “I want to work. I want a better life, a roof over our heads. So we’re not sleeping hungry in the dust, like we lived back there.”

On Friday, Hernandez and her children were getting ready to leave Mexico City and embark on the remaining 2,800-kilometer (1,740 miles) route to the border city of Tijuana, where she hopes to cross into the US and start a new life. 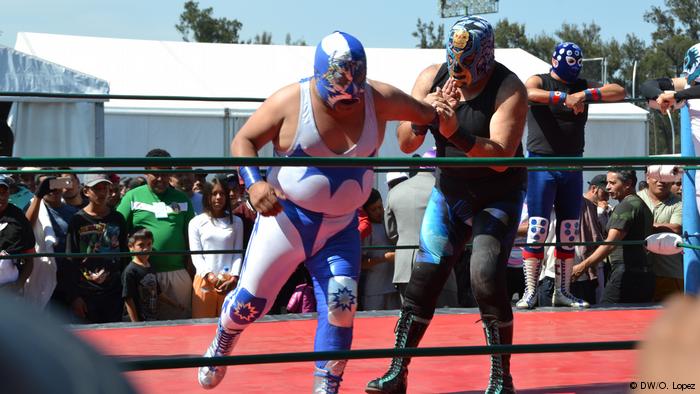 The journey, say local experts, is likely to be fraught with danger, particularly from the drug cartels that have overtaken much of Mexico. Already last week, Mexican authorities reported that around 100 migrants, including several children, had gone missing from the caravan, with a local cartel group suspected to have carried out he mass kidnapping.

“Mexico is a violent territory for people on the move,” says Amnesty’s Jimenez. “And while there is some protection in large groups, that doesn’t mean that all these people, especially when we’re talking about women and young children, are going to be protected when faced with the violence that we’ve seen in Mexico.”

Still, despite the perils, Hernandez is determined to finish her odyssey.

“I want to know how this is all going to end,” she says. “And to one day say ‘thank you Guatemala, thank you Mexico.’ For this to just be a story. Because every one of us on this caravan, each of us has a story.”