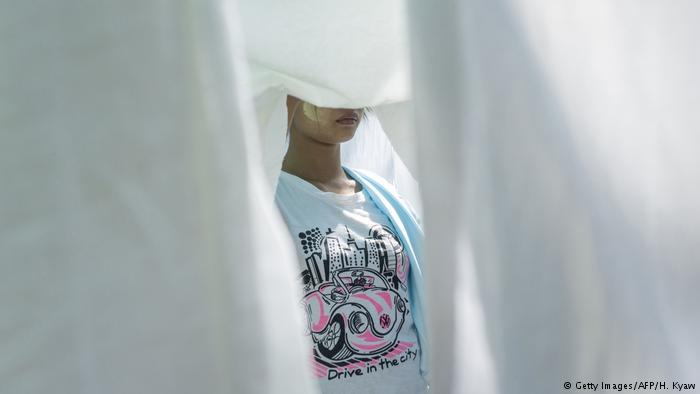 Eight months pregnant, shamed by her family and shunned by the father of her child, Aye Mar has accepted she will have to give up her baby to an orphanage in Myanmar, a country where single mothers are ostracised and deemed a “disgrace”.

For now, she is taking refuge in a house in a leafy suburban Yangon street, away from the disparaging eyes of her neighbours and the chastisement of her aunts, her only family.

Her aunts were “furious” when the 19-year-old told them she had fallen in love with the water delivery boy and become pregnant. “They brought my boyfriend home and asked him to marry me. He said he would but then he ran off,” she told AFP.

Her aunts ordered Aye Mar (not her real name) to give up the baby and brought her to the Myint Mo Myittar Single Mothers’ Foundation, where she will give birth.

“I want to take care of my baby but it is impossible,” she said.

She is one of more than 100 girls and women to pass through the doors of the centre, which provides a home for those in the last few months of their pregnancy and for 45 days after giving birth. 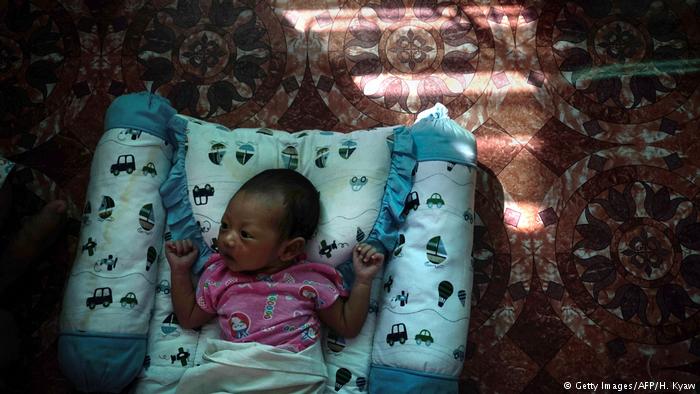 Radiologist Myat Sandar Thant set up the foundation two years ago, appalled by the suicide of a patient who could not face the shame of pregnancy.

Most women arrive intent on leaving their babies for her to hand over to the state-run orphanage system.

But the majority end up taking their children home, small victories in the battle against conservative values, which place the weight of responsibility for unwanted pregnancies on women.

“When they get here, they see other people in the same situation as them and they start feeling better about themselves,” she explains. Those who do relinquish their babies are usually forced to do so by their parents or other family members.

With only a handful of such organisations across Myanmar, many girls and women opt for illegal abortions.

In the country of some 50 million, women’s rights group IPAS estimates that 246,000 unsafe abortions are undertaken every year.
Myanmar has the second-highest maternal death rate in the region.

There are no official statistics on the number of unmarried mothers in a country where data records are patchy and delicate social issues are often swept under the carpet. 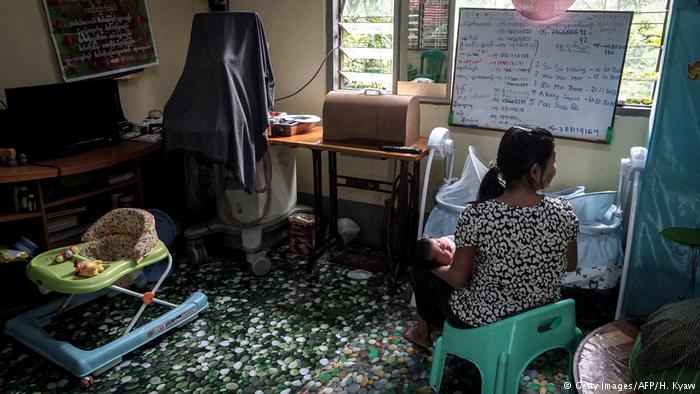 This photo taken on October 3, 2018 shows Aye Mar (not her real name), eight months pregnant and unmarried, taking care of a baby of another single mother taking refuge at the Myint Mo Myittar Single Mothers’ Foundation in Yangon.

An unplanned pregnancy can be devastating for single women, who are often shunned by family and community, with little chance of support from the father.

“In most communities, pregnant adolescent girls are told to drop out of school,” says Yadanar, a youth programme analyst at the UN Population Fund (UNFPA) who goes by one name.

Family planning clinics are few — particularly in rural areas — or extremely limited in what they can offer.

“The services need to be more welcoming to the youth, without any judgement, without stigma, without discrimination, keeping their confidentiality,” Yadanar says.

One in six women do not have access to the contraception they want, according to UNFPA.

Although sex education is on the school curriculum teachers often ignore it, while many parents avoid ‘The Talk’ either out of embarrassment or a hope that silence offers protection.

A group of tech entrepreneurs are hoping an app for young women, brimming with beauty tips, fashion — and information about reproductive health — might help educate and break down stigma in the country, where smartphone penetration was at 80 percent last year.

The prototype of “Pyo Pyo May”, meaning “young lady”, was well received during a trial last month in a Yangon park. “I just get sex education from Facebook,” said 30-year-old Thazin Oo, too embarrassed to elaborate any further. 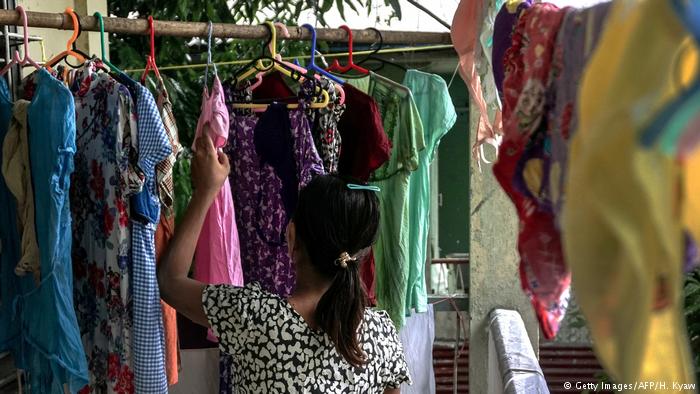 There are some signs that attitudes in Myanmar are slowly changing. Pop star Athen Cho Swe chose to go public this year after secretly giving birth as a single mother in Bangkok.

She now posts updates for her fans, including a recent, self-filmed video of her playing with her baby girl. “I thought people would criticise me,” she told local media in August. “But people love my daughter.”

Prospects are less rosy for babies born into poorer households.

Doctor Myat Sandar Thant has the grim task of handing over unwanted babies born in her centre to a government-run Yangon orphanage.
Myanmar’s strict adoption regulations mean most infants here will spend their whole childhood in state care.

“This is the best that is available in Myanmar,” she says. “But the children lose their sparkling eyes.”