In this picture taken on November 15, 2018, a Pakistani woman pumps water from a hand pump next to a toilet in Basti Ameerwala village in central Punjab province.

For as long as she can remember, Ayeesha Siddiqua has fought her male relatives for access to toilets — but a sanitation drive by new premier Imran Khan could make life easier for women in patriarchal Pakistan.

“I told them: ‘You can go where you want, but me, my movements are restricted!’,” said Siddiqua, who is in her 60s, in Basti Ameerwala, a small agricultural village in central Punjab province where residents have been relieving themselves in the open for generations.

Women in the village have long been forced to hide their bodily functions from the conservative, deeply patriarchal society, Siddiqua and other female residents told AFP. 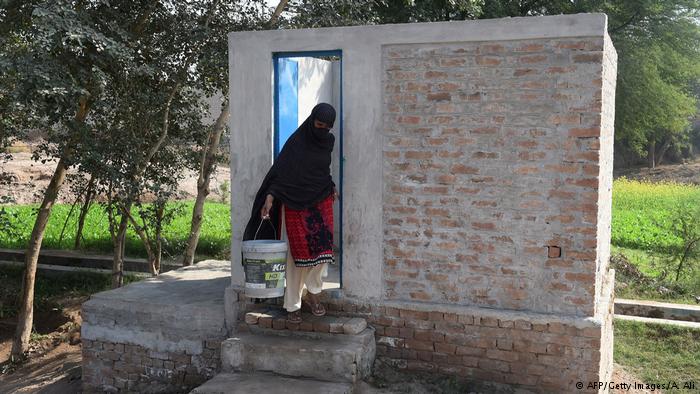 In this picture taken on November 15, 2018, a Pakistani woman comes out from a toilet in Basti Ameerwala village.

Restraining themselves over long days working in the fields, they wait for night and the cover of darkness — braving snakes, dogs, or even unpleasant encounters with strange men, Siddiqua’s daughter-in-law Tahira Bibi said, her face hidden by a brown veil.

“I would limit my consumption of water and eat less just to avoid going to the bathroom in the daytime,” the 35-year-old said, describing a ploy used by all the women interviewed by AFP in the region.

For the last month and a half, however, Tahira Bibi has not had to wait. A small red-brick cottage housing a pastel green squat toilet has been erected in front of her house.

The initiative has come from a Pakistani non-profit, the Lodhran Pilot Project (LPP), whose team has ventured into the remote hamlet to preach hygiene — mainly, they say, to men. 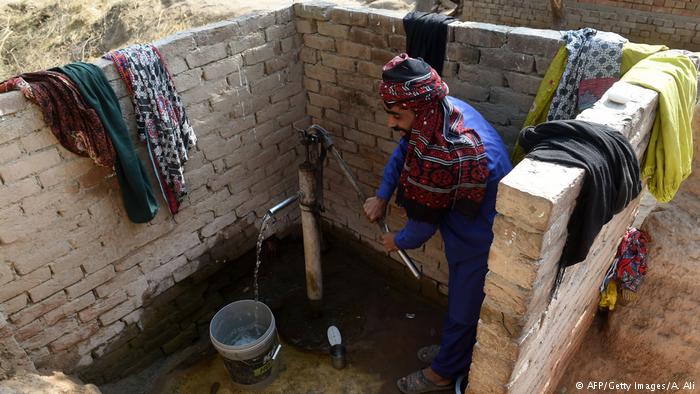 In this picture taken on November 15, 2018, a Pakistani man pumps water at a hand pump next to a toilet in Basti Ameerwala village.

Providing toilets is the responsibility of men in the region, according to Altaf Hussain, a programme officer for LPP.
“When we ask them, they are ashamed that their women have to defecate outside,” he said.

“So they tell us they have never thought about toilets. They are surely lying. They can spend money on TV, smoking, other things, but latrines are not a priority.”

Added to this, he says, is a cultural issue: “People see open defecation as routine, and as fertilisers for their soil. They are not aware of the consequences.”

The United Nations children’s agency says 22 million Pakistanis relieve themselves in the open. In rural areas just 48 percent of the population has access to toilets, compared with 72 percent in the cities.

Some 53,000 children die each year from diarrhoea in Pakistan after consuming polluted water, according to UN data.
Typhoid, cholera, dysentery and hepatitis are common. Those who do not die “tend to see reduced capacity of their body to absorb nutrients”, says Kitka Goyol, a UNICEF expert on water and hygiene.

That can be a factor in stunting, which afflicts 44 percent of Pakistani children.

Tahira Bibi says one of her four children died after “stomach problems”, while another was at one point in critical condition.
“We thought it was God’s will,” she said soberly. 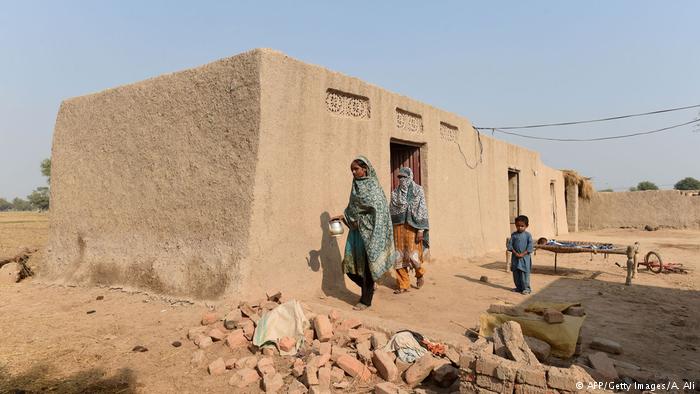 The UN, which marked World Toilet Day this week, says the lack of toilets costs Pakistan up to $2.5 billion per year. Khan, who came to power in August, vowed last month to “eradicate the deficit of toilets in the country by 2023”.

His counterpart in neighbouring rival India, Narendra Modi, launched his own aggressive sanitation drive in 2014. New Delhi claims it has slashed the number of people forced to defecate in the open from 550 million that year to less than 150 million today.

Khan’s government, meanwhile, has launched “Clean Green Pakistan”, a massive social and environmental initiative seeking to shift behaviour in areas including sanitation, minister of climate change Malik Amin Aslam said. He did not offer details, however. 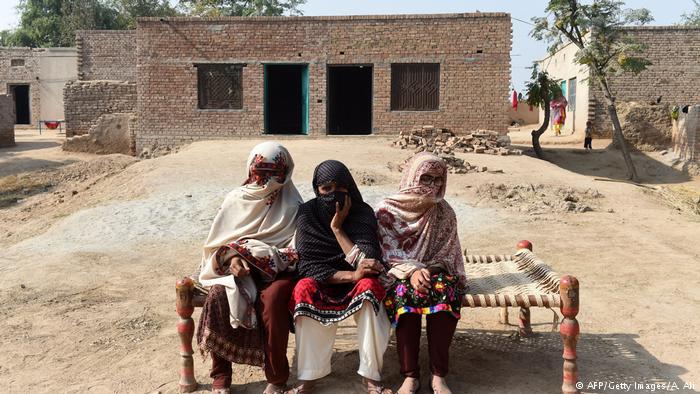 In this picture taken on November 15, 2018, Pakistani women give an interview to AFP in Basti Ameerwala village in central Punjab province.

Non-profits such as LPP, which is not part of Clean Green Pakistan, are already paving the way in places like Basti Ameerwala, where 15 out of 60 households now have latrines.

In the neighbouring hamlet of Chah Jamalianwala, where LPP also works, 35 out of 60 houses have one, six of which have been built in recent weeks.

Mohammad Nasir, a frail man of 45, is one of the last to have taken the step. Like many other men in the area, he did not consider a toilet a priority — having relieved himself in neighbouring fields for 28 years, and spending his money instead on a satellite dish, television and solar panel.

Finally, after his doctor warned him about his wife’s health, his small field is equipped with roofless latrines. The construction cost him 15,000 rupees ($110), a month’s salary — but, he says, he feels “pride” at finally having a toilet.