‘Sold by my brother’: the Mekong women pressed into marriage in China 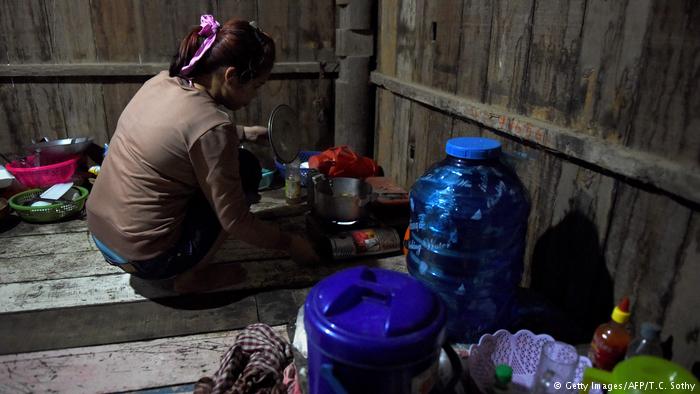 This photo taken on October 2, 2018 shows Nary (name has been changed), a Cambodian victim of forced marriage to a Chinese man, cooking at home in Phnom Penh.

Everyone did well from Nary’s marriage to a Chinese man, except the young Cambodian bride herself, who returned home from the six-year ordeal destitute, humiliated and with little prospect of seeing her son again.

Her brother ran away with $3,000 after cajoling the then 17-year-old to leave Cambodia to marry. Brokers split the remaining $7,000 paid by her Chinese husband, who got himself a longed-for heir.

But her wedding to a stranger thousands of miles from home, in a language she could not understand, was ill-fated from the start. “It was not a special day for me,” Nary told AFP.

She is one of tens of thousands of young Cambodian, Vietnamese, Laos and Myanmar women — and girls — who marry Chinese men each year, plugging a gender gap incubated by Beijing’s three-decade-long one-child policy.

While the policy has ended, a shortfall of around 33 million women has left the same number of men facing life on the shelf. Poverty drives many women from the Mekong region to gamble on marriage in China, double-locked by low education levels and a social expectation to provide for parents.

Others move for work but end up forced into marriage. The worst cases involve kidnapping and trafficking across porous borders. There are happy marriages, with women also able to provide for the poor villages they left behind.

Nary — whose name has been changed on her request — spoke to a Cambodian marriage broker on her older brother’s advice. “I trusted him,” Nary said in a whisper, as rain drove through holes in the tin roof of her family’s roadside shack outside Phnom Penh. 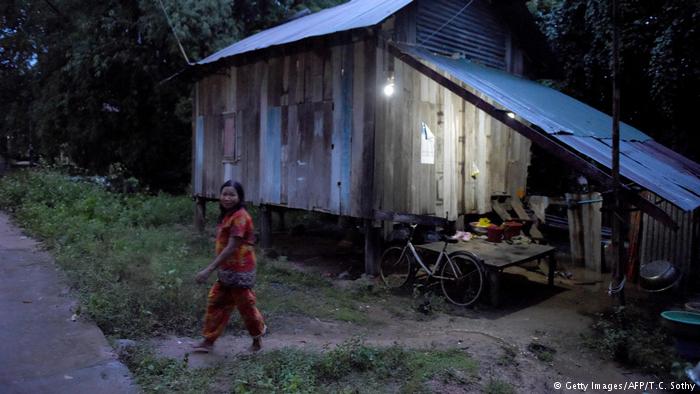 This photo taken on October 2, 2018 shows the mother of Nary, a Cambodian victim of forced marriage to a Chinese man, walking in front of their home in Phnom Penh.

“My family is poor and I was expected to help them by marrying a Chinese man. So I went.” But her brother stole the dowry that was meant to help the whole family and has since vanished.

To buy a wife in China costs between $10,000 and $15,000, a sum paid to brokers who give a couple of thousand to overseas associates for recruiting the brides.

A ‘dowry’ of between $1,000 and $3,000 is dangled in front of the bride’s family, while the young woman herself is last in the money chain, if she receives anything at all.

“Families are now looking to their daughters to see the ‘interest’ they can return to them,” says Chou Bun Eng, vice-chair of Cambodia’s National Committee for Counter Trafficking, referring to the money motive that prevails in some homes.

The marriage trade is big business — official figures say 10,000 Cambodian women alone are registered in the southern provinces of Guangdong, Guizhou and Yunnan.

Brides are often ‘warehoused’ on arrival and their photos touted on WeChat and dating websites to would-be husbands.  The younger and prettier they are, the more expensive. 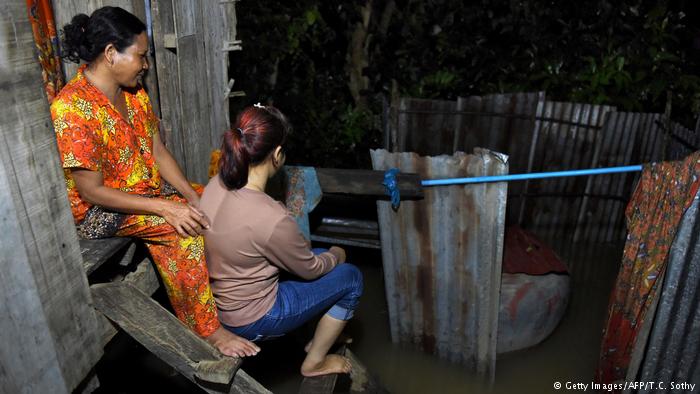 Nary (R) sitting with her mother on the steps of their family home in Phnom Penh.

Nary travelled legally on a tourist visa to China but on arrival in Shanghai, she discovered the man who paid for her hand was a construction worker living in a village, not the “wealthy doctor” she had been promised.

A woman who is paid, bought or sold for marriage and taken across borders — even with consent — is classified as a trafficking victim by the United Nations. In Cambodia, brokers and other third parties can be jailed for up to 15 years if caught, longer if the victim is a minor.

But convictions are rare, with brokers paying up to $5,000 to buy victims’ silence. “The victims need the money,” a leading trafficking prosecutor told AFP, requesting anonymity for safety reasons. “And they are scared by these big, systematic trafficking networks.”

China also has laws against the practice, but enforcement is patchy in a country where family matters are given a wide berth by the authorities. To clean up the system, Cambodia urges prospective foreign husbands to marry under local law, providing proof of consent, age and a paper trail. “Marriage to Chinese men is not bad by its nature,” Chou Bun Eng said. “But problems start when it is done illegally through ‘intermediaries’.” 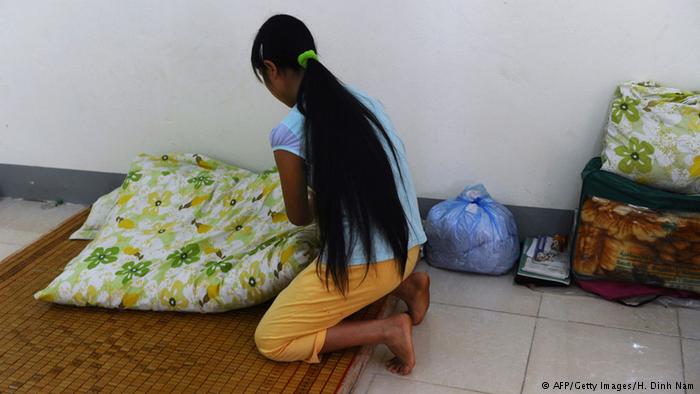 This picture taken on May 9, 2014 shows H’mong ethnic girl Kiab (whose name has been changed to protect her identity) arranging her bed at a centre for trafficked women in the northern city of Lao Cai. When Kiab turned 16, her brother promised to take her to a party in a tourist town in northern Vietnam. Instead, he sold her to a Chinese family as a bride.

Nary’s marriage imploded one month after she gave birth to a baby boy, when her mother-in-law abruptly stopped her breastfeeding the infant. “She wouldn’t let me see him or even hold him,” she said.

The family pushed for divorce, but with an expired visa Nary knew that leaving the home would make her presence illegal in China. Eventually she moved out and found a low-paid job for a few years in a nearby glass factory.

But her immigration status caught up with her and she was held in a detention centre for a year with scores of Vietnamese and Cambodian women, all with similar tales. After her release, her mother reached out to a Cambodian charity who engineered her return in August this year.

Now she works for minimum wage in a garment factory, free from a bad marriage, but separated from her child. “I know I will never see him again,” she says.