A young Pokot girl is held by a member of her community as she tries to escape a forced marriage, unaware of the arrangements her father had made.

Like other families in the settlement in a remote Kenyan village, her parents had arranged for their daughter to be married early on in adolescence. 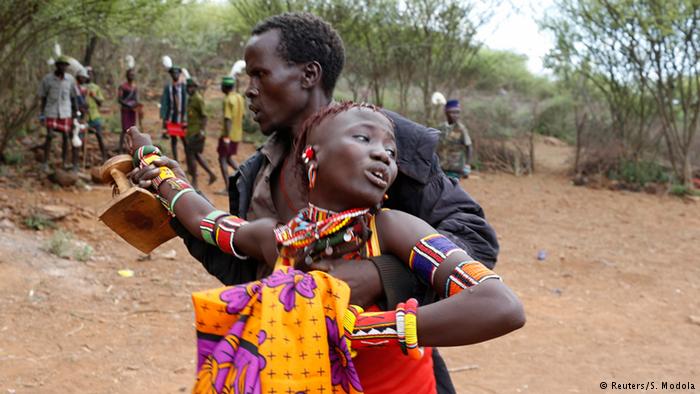 A man grabs a girl to bring her back to her family home after she tried to escape when she realised she is to be married. Picture taken December 7, 2014.

Many families refrain from telling their daughters their plans, worried they may run away from home. 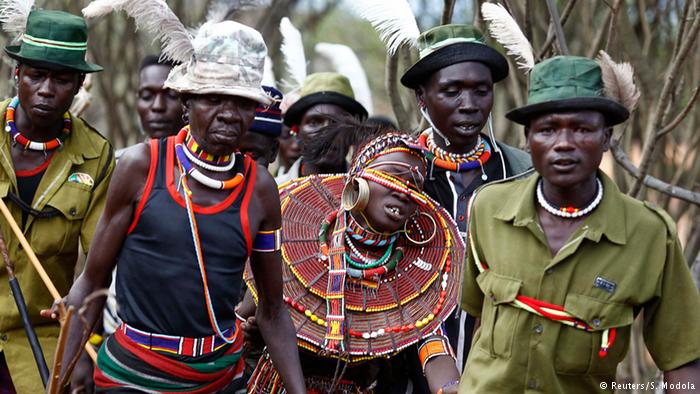 Pokot men hold onto a a girl as they lead her to be married to a member of their community after the group came to take her from her family home, about 80 km (50 miles) from the town of Marigat in Baringo County December 7, 2014.

As Pokot tradition dictates, the future husband arrived to her family home with a group of men to collect the girl. The men arrived with the last settled dowry of livestock for the girl’s family. In this case it was 20 goats, three camels and 10 cows, given during a period of several weeks. The remaining 10 cows were to be given the morning the girl was taken to her new home by her husband and the rest of the men. 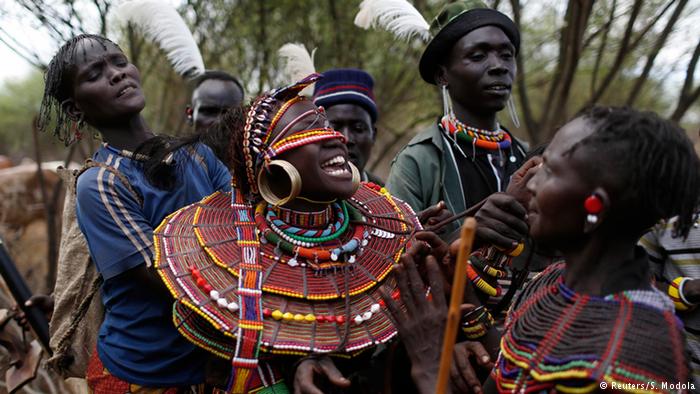 Pokot men and women hold a girl before she is taken away by a group of men to be married. Baringo County December 7, 2014

Before they can get married the girls must go through a rite of passage to mark their coming of age. They are kept out of the sight of the men in the community for a month, then for about a week before the ceremony, the girls wait in an isolated hut, dressed in colourful beaded headdresses and animal skin. 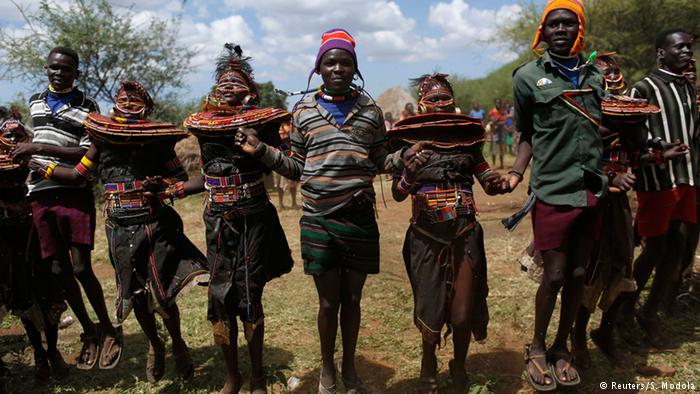 Pokot girls and boys dance together during an initiation ceremony of over a hundred girls passing over into womanhood, about 80 km (50 miles) from the town of Marigat in Baringo County December 6, 2014.

The ceremony lasts one night and through the next day. Before the ceremony, as Pokot tradition dictates, the girls are secluded for over a month, out of sight of the men in the community. The ceremony will mark the girls coming to age and they will be able to be married. 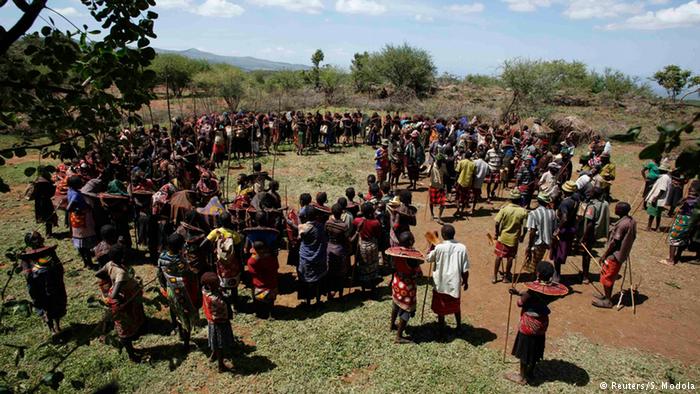 Pokot girls and adults stand in a circle during an initiation ceremony of over a hundred girls passing over into womanhood. Baringo County December 7, 2014

During the ceremony the girls will sing and stay standing from the afternoon through out the night and the morning after. At the end of the ceremony, the girls and the boys of the community dance together, supervised by elders. 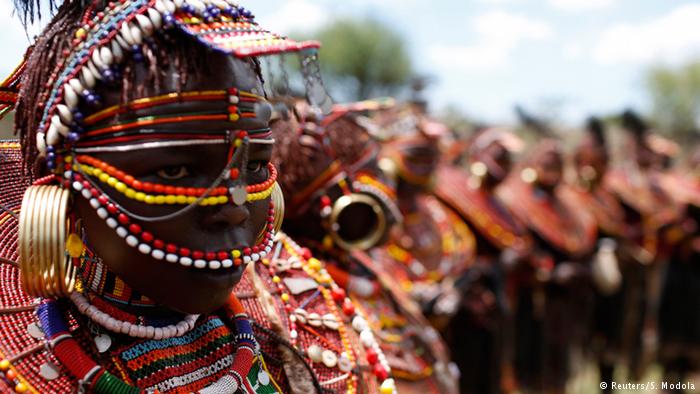 Pokot girls attired with traditional jewellery stand in a circle during an initiation ceremony of over a hundred girls passing over into womanhood.

The girls walk in a line one after the other, and are required to stand and sing through the night.

Once the ceremony comes to a close, the girls are ready to be wed.