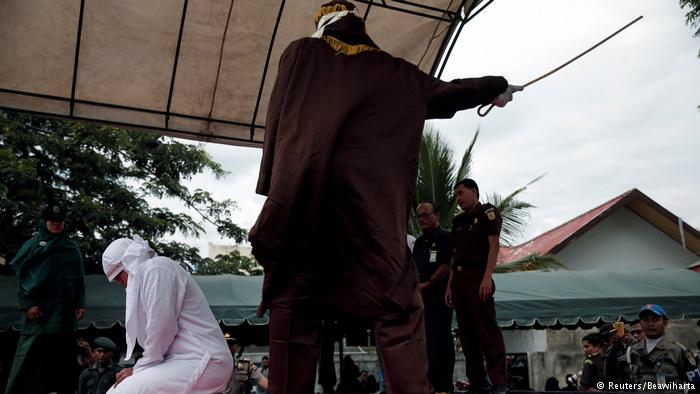 Archive photo of a woman being caned in Indonesia’s Aceh province, from 2017

Marginalized groups in Malaysia have sought better treatment under the new government. But after two women were publicly caned on Monday for indulging in same-sex relations, hopes have been dashed for the LGBT community.