Women – unique and fantastic the way they are Women of today’s world face different challenges in life, whether it is public or private sphere. The nature and extent of suffering for women largely vary, depending on the geographical location they happen to live in. But there is one common problem which most of the women face: Obsession for thinness. This obsession is severely damaging women’s physical and psychological health and affecting their entire lives.

Today’s women are obsessed by this idea. This trend has not even left teenage girls behind. In fact, this obsession is at its peak among teenage girls. Young girls, when their bodies and minds are still developing, stick to ill diet plans. They even starve themselves to attain that body weight they believe is the ideal. This factor is severely damaging their physical and psychological health and growth.

The body ideals of today’s women are very hard and even, sometimes, impossible to achieve. There is a large percentage of women who are unhappy with their bodies although their weight is perfect and according to their height and age. In the quest of achieving their body ideals, these women start hating their own bodies as they feel ashamed of having them. This feeling of shame, not only affects their level of confidence but it also adversely affects their entire lives. The main culprit for this entire situation is the “media”. Print and electronic media has badly influenced the psychology of women. Girls or women shown in fashion shows are often extremely thin, so women in general who see such media content idealize these “dangerously” thin women and try to change their bodies. And the cost these women have to pay is their health and, sometimes, even their lives.

Different campaigns on social media, like the campaign of sharing a selfie with an A4 sized paper measuring a girl’s waist, got quite popular. But this campaign and other campaigns of similar nature have been strictly criticized by feminist activists around the world. Such campaigns result in many emotional and psychological problems among women, such as depression, anxiety, lack of confidence and self-worth etc.

The obsession for thinness is affecting women all around the globe. It is damaging even those women’s lives, who actually like their bodies and do not want to change them at all. Such campaigns create a social pressure which compels them to see their bodies the way society rates them and try to change them.

Sadly, women are sometimes bullied if they have a few pounds of extra weight. In some cases, a woman can manage to shed some weight by using different techniques such as exercise, diet control or medicine etc., but what about those, who suffer from some disease which cause them to gain weight, and they cannot manage to stop their weight gain? And what about those women who do not have calorie-controlled diets and fancy gyms to help them attain that so-called beautiful figure? And the worst thing is that only women have to face all these social pressures if they are over-weight. Men, even with their large, loose bellies and tons of extra fat, are hardly criticized for their weight and body shape, as the standards of men’s beauty are very broad and flexible almost everywhere around the world.

In many families only women have to manage kids, household chores and work. And along with all that they have to manage their weight as per beauty standards set up by the society. And they also have to be very thin in order to be called beautiful and to be acceptable in the society.

This is the time to say “No” to this sick concept of beauty. We all should work together to exterminate these beauty standards, which are promoting sickness among our women. We should not forget women of the real world who cannot be like those models and actresses shown by the media. We should try to improve this world, which is now, literally a hell for those women who, somehow, cannot manage to attain the beauty ideals. Women and girls must be told that they do not need to starve themselves in order to look beautiful. They must be taught to value and love their bodies. As they are unique and fantastic the way they are.

Female beauty is often defined by the Western fashion elite in Milan or New York. But more and more German magazines are speaking out against it. Internationally, there are a multitude of different agendas. (From May 24, 2012) 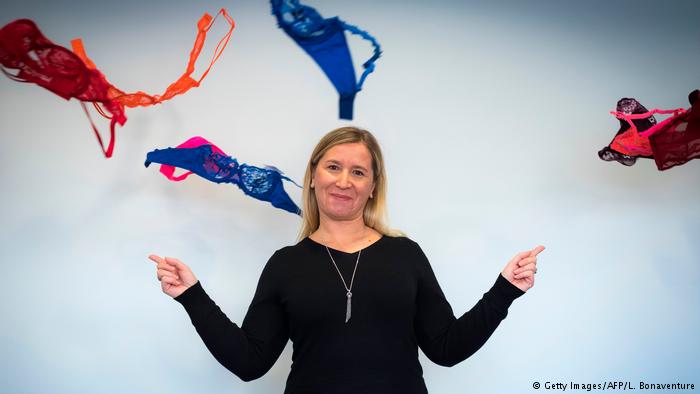