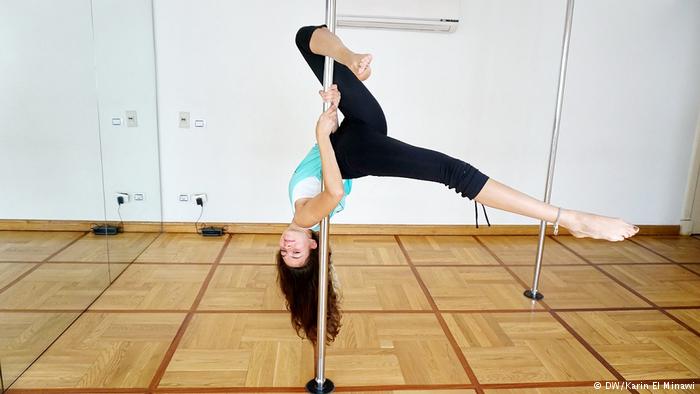 Pole dancing is often stigmatized in mainstream Egyptian society. But the acrobatic exercise is increasingly in demand among women in a country not famous for championing women’s rights.

Manar El Mokadem moves suggestively along the pole, climbing up and spinning down again, landing on her glass high heels. The class instructor climbs up the pole yet again and splits her legs in the air. The class applauds. 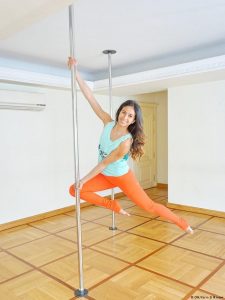 El Mokadem started exercising with pole dancing more than seven years ago. What started as a hobby became a full-time job when she opened Egypt’s first pole dance studio in Cairo in 2013, a courageous step in a conservative society where many people view the exercise as obscene and shameless. For El Mokadem, it is an expression of liberty — but more than that, it is a form of exercise that is gaining in popularity in the North African country, even if it usually takes place behind closed doors.

Egypt, with its more than 92 million inhabitants, is a country of extremes: poverty beside wealth, liberal and conservative attitudes.

El Mokadem is aware of the general perception, but that hasn’t stopped the 24-year-old from exercising through the sport she discovered as an architecture student in Britain. She opened Pole Fit Egypt, a pole dance studio for women, just months after her return home. At first, her parents were shocked. “They worried about what the people might say,” she said. 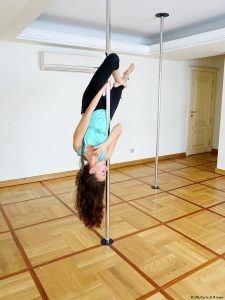 Aware of the fact that no one can evade social control in a city as densely populated as Cairo, El Mokadem makes sure that only the women who sign up for her classes know what is going on in her studio, located on the second floor of an apartment building in the capital’s Garden City neighborhood. “The people think it’s a regular fitness studio,” El Mokadem said, adding that she tries not to attract attention or provoke anyone. They do not perform in public. “We have firm rules,” she said, explaining that stipulation also applies to the other instructors in her studio. Nonetheless, her classes are full.

Pole Fit Egypt, which also offers instruction in aerial arts, has trained more than 2,600 women in pole dancing. To satisfy rising demand, El Mokadem has opened two more members-only studios for women from all walks of life, including students, doctors, designers and stay-at-home-moms. Most are Egyptian, between 20 and 56 years of age, and they hear about the pole dance fitness classes by word of mouth only. Veils and the occasional niqab are removed during practice for safety reasons.

“That’s the only way we can hold on to the pole without slipping,” says El Mokadem.

Rihan Soliman, a 22-year-old medical student, said she started taking classes at Pole Dance Egypt two years ago. Her parents know about her passion since, after all, she had a pole installed in her room. What they don’t know yet, Soliman said, is that she’d rather be a dancer than a doctor. The young woman said she will finish her degree all the same — for her parents. “Pole dancing has made me more self-confident and more disciplined,” she said, adding that she has discovered a strength she never knew she had. It makes her feel “sexy, like a rock star” — something her parents would never understand or accept. 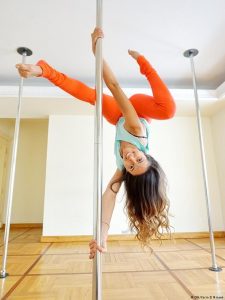 El Mokadem has trained more than 2,600 women from all walks of life.

Egyptian society is staunchly conservative, even after the 2011 revolution that toppled the country’s longtime authoritarian ruler, Hosni Mubarak. Back then, women took to the streets in hopes of more rights, more political participation and, most of all, more freedom.

While Egyptian women may be more self-confident these days, not much else has changed. Women’s rights are still discussed in public, and efforts are being made to avoid reducing women to the role of wife, mother and homemaker — but the road to gender equality is long.

The image of the inefficient, inferior woman is still deeply ingrained in Egypt’s patriarchal society despite the fact that 90 lawmakers in parliament are women — more than ever before — four women are government ministers and Egypt this year appointed the country’s first-ever female governor. Forced marriages, female genital mutilation and sexual harassment are still part of everyday life in Egypt.

Sometimes, however, women break out of the role society has assigned them — like pole dancer Manar El Mokadem and the many other women spinning, swaying, splitting and swiveling in Egypt’s pole dance studios. 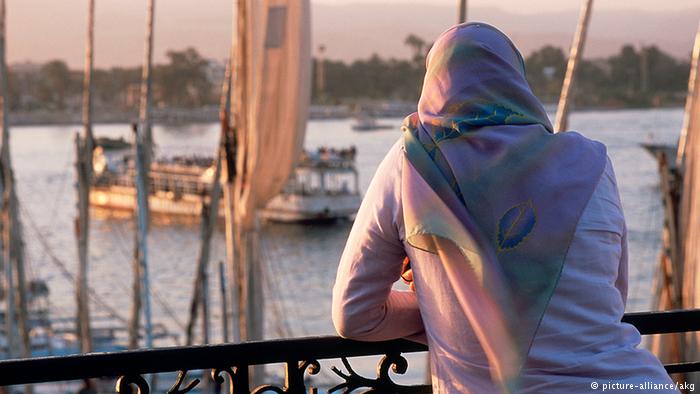 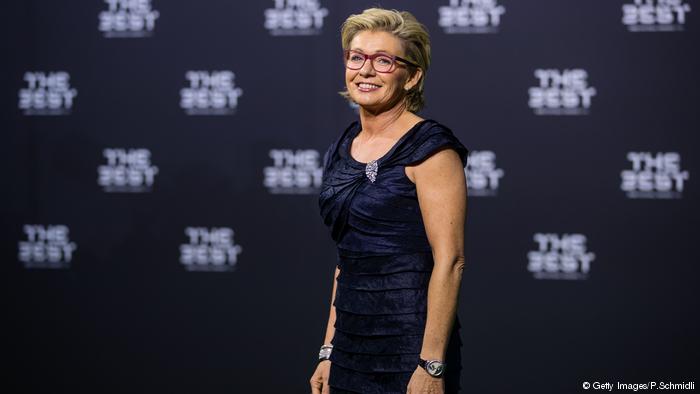