Whenever Dr Chen Pelf Nyok visited a Chinese temple in Malaysia as a child with her mother, she would insist on seeing the freshwater turtles, even if they were pressed for time. (It is common practice for the caretakers of Chinese temples to rear turtles in man-made ponds within the grounds.)

Little did Chen know back then that her affinity with chelonians would lead to a career.

She did a degree in marine biology at Universiti Malaysia Terengganu (UMT), Chen and got to know more about freshwater turtles through a course-mate who worked working with terrapins at a hatchery.

“At that time, I really didn’t know why I wanted to work with terrapins, except that they were really cute,” recals Chen, 36.

She decided to approach her friend’s supervisor Dr Chan Eng Heng and, after receiving her degree in 2004, was hired as a research assistant in a new river terrapin project. 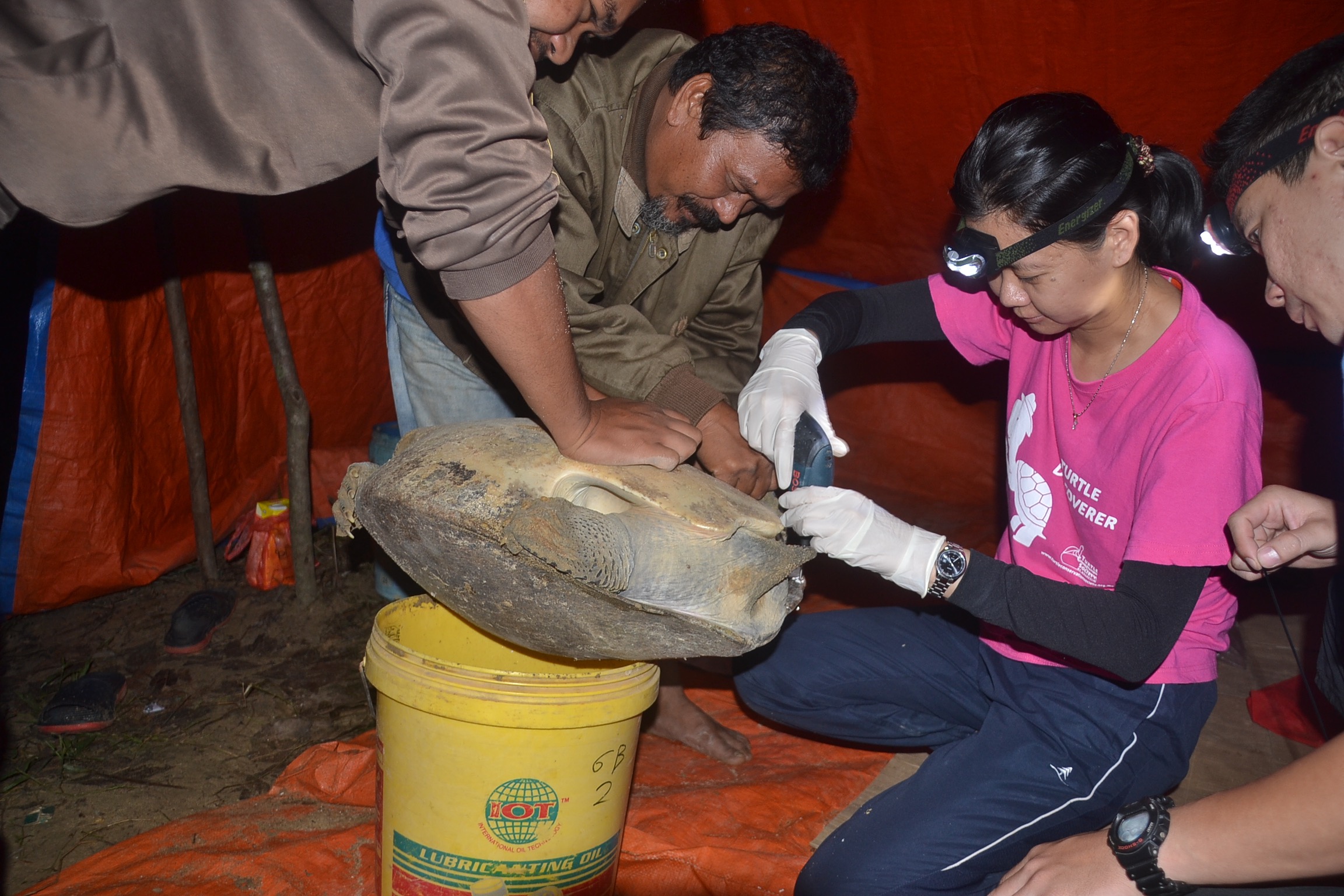 Tagging a freshwater turtle at the research site at the Kemaman River, Trengganu © TCS

In 2008, she became the first Malaysian to be awarded a turtle conservation scholarship for the Asian Scholarship Program for in-situ Chelonian Conservation to the United States.

A year later, she received her Masters and Dr Chan was supposed to retire. There was already someone to take over the sea turtle project but nobody for the freshwater turtle project so the two decided to do something together. They applied for a research grant from the US Fish and Wildlife Service and embarked on a two-year project to set up a conservation centre.

In October 2011, the Turtle Conservation Society (TCS) of Malaysia was born. It is the first and only NGO in the country devoted to freshwater turtles.

“There are 18 species of freshwater turtles in Malaysia, but we practically don’t know much about any of them, except the river terrapins that I’ve been studying since 2004,” says Chen, who in 2017 was awarded the first PhD in Malaysia in the field of non-marine turtles.

“There is just so much potential for research, conservation, education, awareness and ecotourism,

Chen explains that river terrapins play an important role in the environment as scavengers, herbivores and carnivores.

Close up of a river terrapin © Vera Nieuwenhuis

“They break down the energy of plant materials and convert them into protein for example. And they readily consume water hyacinths, an invasive plant that clogs waterways and alters river flows. Additionally, river terrapins are seed dispersers for many plant and fruits species.”

Like many other species, freshwater turtles are threatened by human activities.

“The biggest threat, I’d say, is chronic collection and over-harvesting of terrapin eggs for consumption. For decades, local villagers have been consuming river terrapin eggs for their alleged aphrodisiac properties.”

There are also threats to the terrapins’ habitat. “Sand mining is a popular and destructive activity in most large rivers in Malaysia. River banks that were previously terrapin nesting banks have been destroyed due to commercial sand mining. Local fishermen have witnessed female terrapins climbing unsuccessfully onto the sand stockpile, presumably to nest.” 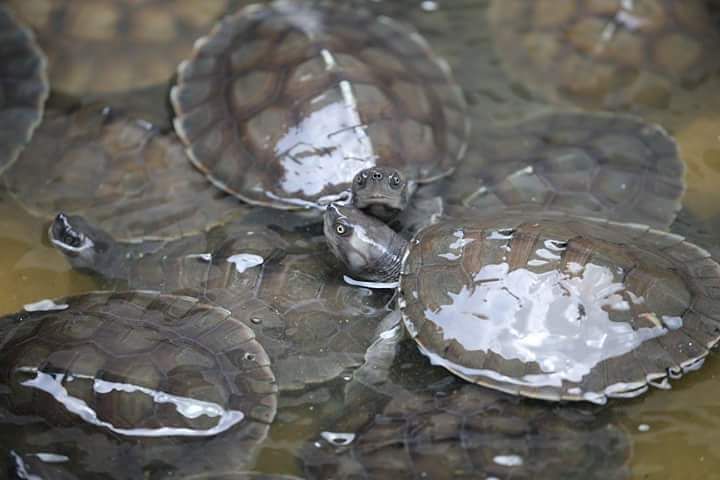 While largely undocumented, the use of certain fishing gear such as a particular type of baited fishing hook, is another threat.

“During high tide, the hook is submerged in the water. Occasionally, terrapins that get caught in the hooks drown if they are not released in a timely manner.”

“We have numerous sea turtle sanctuaries in the country, but there isn’t one for freshwater turtles, where children and adults can learn about them. It’s time we set one up for all 18 species of the freshwater turtles.”