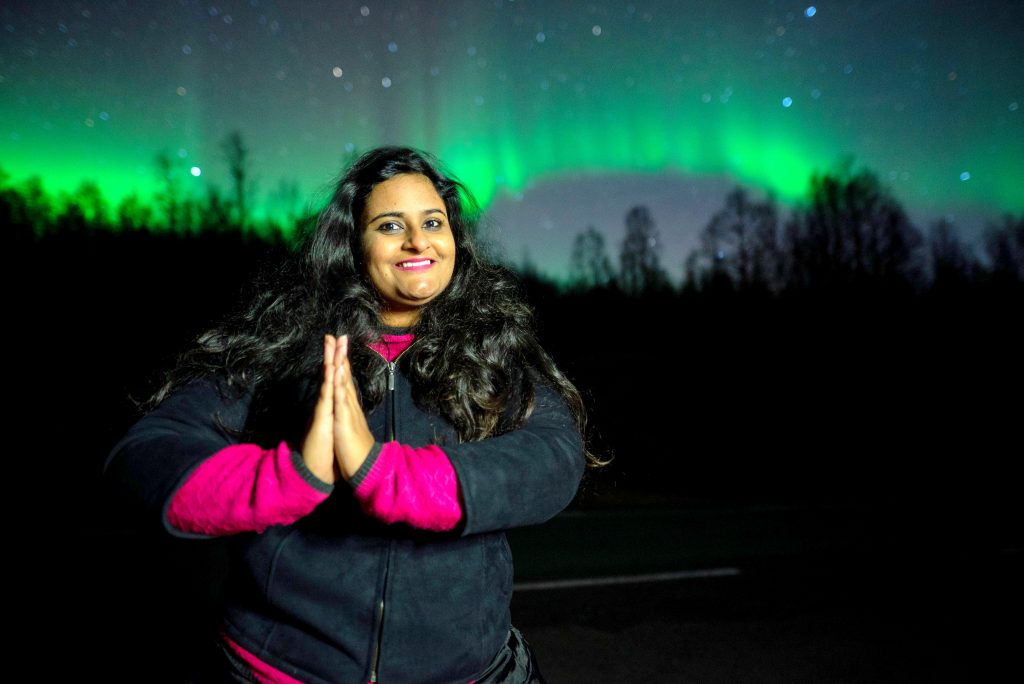 Aurora Borealis, aka the Northern Lights. A beautiful painting on a big black canvas. It was always my childhood dream to come here to observe this astronomical activity and so I decided to begin my solo trip in Tromsøya, one of Norway’s many thousand islands.

It is situated in the country’s north, near the Arctic Ocean and very close to Sweden and Finland. This island doesn’t see the sun for nearly six months and the rest of the time the sun never sets. From September to March, huge numbers of tourists come to see the Northern Lights. I was not only interested in the natural light but also the general environment, marine life and the locals. 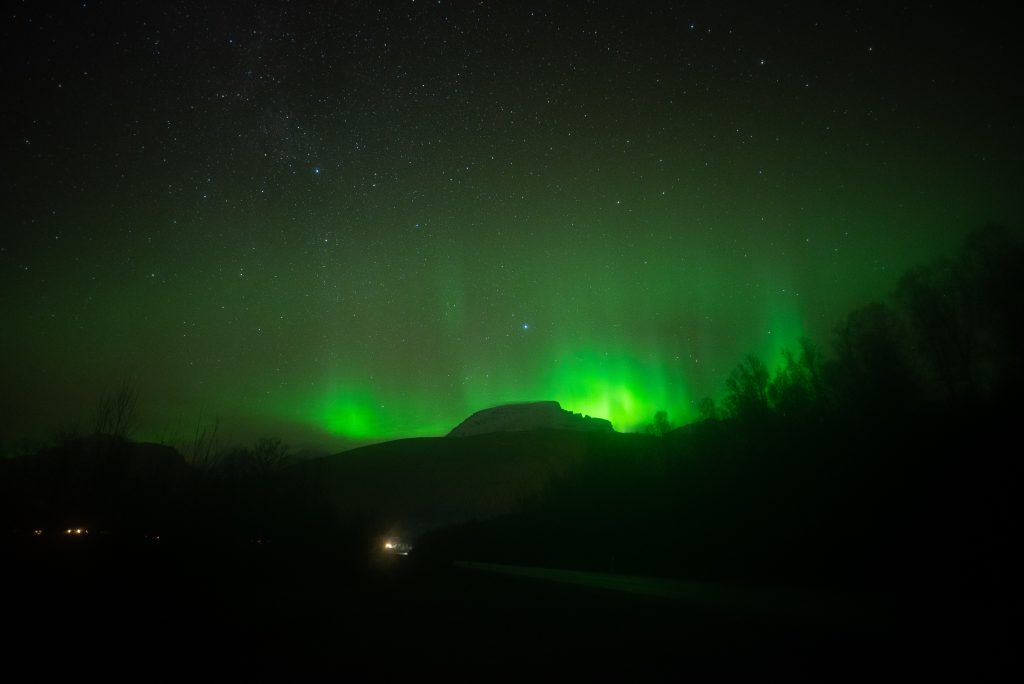 I was very interested in how people here live without seeing the sun for six months per year. Don’t they feel sad? Since I am Indian and accustomed to living in scorching temperatures of 48 degrees Celsius, it is difficult for me to imagine life without the sun. A young member of staff at my hotel, whose name was Oystein, reassured me: “No, we don’t feel sad at all. Because when we don’t have the sun, there are the Northern Lights and these show us the path.” 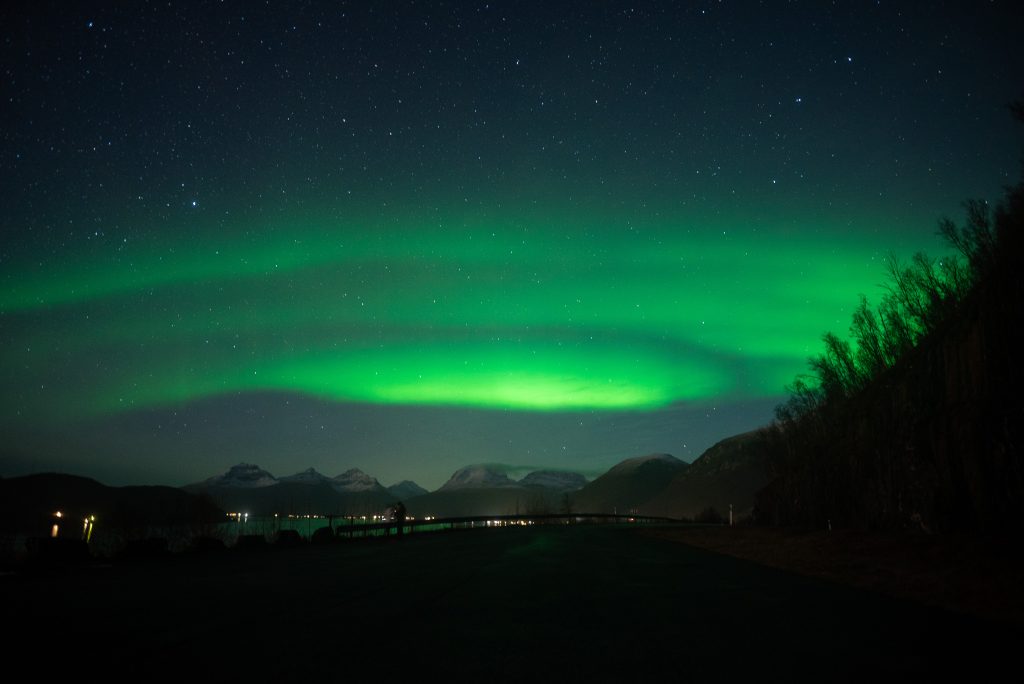 What are the Northern Lights?

The green lights created in the sky are the result of collisions between charged particles released from the sun’s atmosphere with gaseous particles in the Earth’s atmosphere. They can only be seen at the Earth’s poles.

When is the best time to see the Northern Lights?

I was so eager to see the Northern Lights because I had read about them as a schoolgirl. The question was where should I go. After much discussion with people from Norway, Sweden and Finland, I decided that the city of  Tromsøya was the right option for me. Of course, the green color is not always visible, which is why it is important to carry out research and monitor the weather conditions and pollution levels.

The beautiful light show of nature

I decided to go with a tour operator called Chasing Lights (www.chasinglights.com) that I would recommend. We arrived at the shore by minibus, dressed in thick layers and we drank vodka and rum to keep warm as we waited. A green ray appeared in the sky around 7.30 pm and we jumped for joy since it gave us some hope that we would see more. We lit a fire and ate some food before moving onto another village where we had wonderful views. We could see the Moon on one side of the sky and the green lights dancing on the other side. The best and worst countries for women January 18, 2018

Norge stoppet bryllupet til Thea! http://t.co/SMyv5WBzzn #stoppbryllupet pic.twitter.com/irOXdbX7Sh — Plan Norge (@PlanNorge) October 11, 2014   Thea from Norway is barely a teenager, yet her parents have decided to marry her off to 37-year-old Geir.