Russian punk band Pussy Riots members Maria Alekhina and Nadezhda Tolokonnikova have been set free. Talking to the press, they revealed some interesting insights about life inside a Russian prison. We present interesting quotes from the two girls and the reaction they’ve evoked in Twitter.Nadezhda Tolokonnikova walked out of the prison in East Siberia’s Krasnoyarsk. The temperature was 25 degrees Celsius below zero and the first thing she said was, “How do you like our Siberian weather here?”

Tolokonnikova believes that Russian prisons are pretty much a reflection of what’s going on in Russia at present. “I saw this small totalitarian machine from the inside…Russia functions the same way the prison colony does,” she said.

Twitter is overflowing with congratulatory comments from Pussy Riot fans.

Check out the Youtube video which got the girls into jail in the first place.

"Mother Mary, Drive Putin Out!" The protest that got #PussyRiot jailed https://t.co/KSpMvmmXGo

The two members of the Punk band and former oil tycoon Mikhail Khodorkovsky were released after President Vladimir Putin passed a bill granting Amnesty to several political prisoners. Critics however claim that the bill is inadequate.

Alekhina herself said after her release earlier this week,   “This is not an amnesty. This is a hoax and a PR move.” 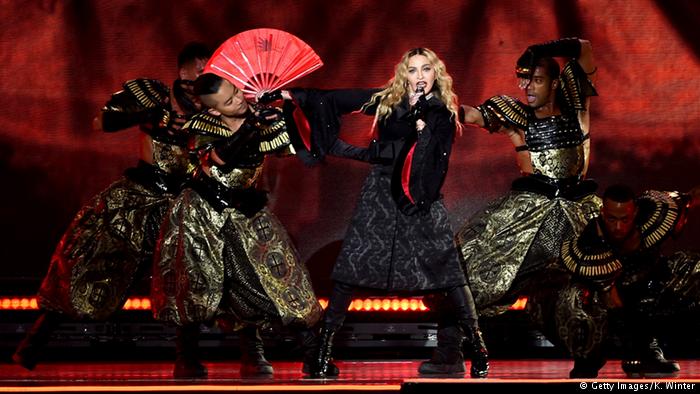 Everyone knows who the Queen of Pop is: Madonna - style icon, headline-grabber, entrepreneur and mother. For her 60th birthday, we look back on the career of the most successful woman in music history.

“Bliss was it in that dawn to be alive, but to be young was very heaven! – oh time.” William Wordsworth wrote these lines at the time of the French revolution. Being young is indeed a heavenly feeling and for all the young fans present at Madonna’s concert in Moscow, this feeling increased by leaps and bounds.