A UN-backed survey in India has shown that simple interventions such as distributing iron folic acid tablets to children and engaging community workers to promote breast feeding has led to considerable improvement in the health of children and women in India. Saba Mebrahtu, chief of child development and nutrition at UNICEF India tells DW how these simple models could be easily replicated by other developing countries facing the problem of child malnutrition, the underlying cause of death for 3 million children annually around the world. She also talks about the challenges that remain as far as child and women nutrition status in India is concerned. The survey is the first national survey of child and maternal health in India in the last decade.

Ashutosh Pandey from DW asked Saba Mebrahtu, what are the major takeaways from the early findings of the RSOC?

Saba Mebrahtu: As a whole it is positive because it is showing substantial decline over the last eight years. For instance stunting went down from 47.1 percent to 38.8 percent – a 2.6 percent decline over the last eight years which is much higher than previous two surveys where it declined by only 1.7 percent. So I think it is a good story and that is encouraging. Having said that it also shows us that the rates are still high, which means more work is needed.

DW: What do you attribute the success to?

Over the last eight years we have seen improvements in other health indicators and also in nutrition-related indicators. At the same time there has also been a continued economic growth in the country which means people are well off and have better access to social services and access to income and women’s characteristics have improved, access to education, delayed marriage and age at pregnancy has gone down a bit so all of that contribute to reducing stunting. At the individual level the nutrition practices particularly breastfeeding, access to vitamin A supplementation, iodized salt have gone up.

DW: What more should the authorities do to build on this success?

The one area that is lagging behind is appropriate complementary feeding. So that means introducing complementary foods on time. After six months of age breast feeding alone is not enough. The baby needs various nutrient dense foods because there is a rapid growth that happens during that period both in terms of brain development and physical development. The damage that occurs on linear growth and brain development after two years is irreversible because it has very long consequences. So that period between six and twenty four months is very crucial.

DW: The nutritional status of adolescent girls is a major concern. It has not improved in the past decade. What in your opinion is limiting this improvement?

There are socio-cultural practices and also lack of knowledge of understanding why this is important and the impact that it has on health and physical brain development. So one is education – mass campaign. I think that must be undertaken. The prime minister’s campaign on educate our daughters and save our daughters is a very good shift in the political dialogue. So this means understanding that girls’ nutrition is not only important for their own right but also for the future generation.

DW: What implications do the positive results related to children malnutrition and stunting have for other developing countries? What can they learn and emulate?

I think lesson number one is that it is possible to reduce stunting even with few interventions and it is also possible to scale up interventions. For instance the distribution of iron folic acid to children is a massive campaign running across India. It is one of the largest such programs that is not only reaching adolescent girls but also boys because anemia is also high among boys. The program is reaching adolescents through schools which means the Ministry of Health engaging with the Ministry of Education and also through community, that is kids who are out of schools are also being reached through ‘Anganwadi’ centers. So it’s a very good model and I think it’s worth sharing with other countries.

A lilting tribal tune catches the attention of the gaggle of women gathered at the Integrated Child Development Services (ICDS) center in Jidu Pandra village that falls in Ormanjhi block of Jharkhand’s Ranchi district. Almost at once, all eyes follow the sound that is coming from the farthest corner of  the room. As they keenly listen to the beautiful voice of Suman Devi, 25, singer and composer, gradually the Nagpuri lyrics explaining the ill-effects of child marriage start to sink in. See also

Nearly 1.2 million people in Ethiopia are infected with the deadly Human Immunodeficiency Virus, also known as HIV. Women and young girls are particularly under threat because of social, political and economic discrimination. Women Talk Online reader Anne Marie Hankins stumbled across this piece of information when her co-passenger on a flight spoke about the plight of mothers in the African country.

In Manipur, India, there is a market run by and for women called the Ima Keithel. This market is over 100 years old and a place where women call the shots. 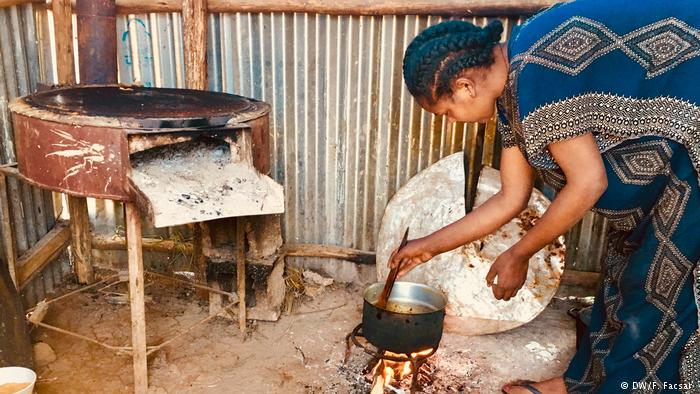