Pakistani teenager Malala is honoured with the Sakharov prize. In a speech to Indian students, US ambassador to India, Nancy Powell reveals why American students don’t want to come to India. 13-year-old Sushma Verma is from a very poor family, but she’s managed to get into university by doing exceedingly well in her studies! Read more to find out the latest in women’s news from around the world.

Malala has been recognised by the European Parliament for her bravery in demanding the right to an education in Pakistan – despite death threats and an attempted assassination. The EU’s top human rights award is named after former physicist and dissident Andrei Sakharov who stood up to Soviet authorities. Read more here.

Rape fear keeps US students out of India: Nancy Powell

The frequent incidence of rape in India has created an adverse image of India abroad. US ambassador to India, Nancy Powell, on her maiden visit to Jharkhand, on Tuesday highlighted this saying how this was possibly a factor in American students not coming to India. Read more from the Times of India here.

All of 13 and pursuing MSc in Microbiology! Meet Sushma Verma

Sushma Verma finished her class 10 at age seven and became a graduate at age 13. Daughter of a daily wage labourer and an illiterate mother, Sushma is now pursuing her MSc in Microbiology at Babasaheb Bhimrao Ambedkar University in Lucknow. This is the inspiring story of a young girl who is determined to wait for the right time so that she can chase her childhood dream. Read more at Rediff here. 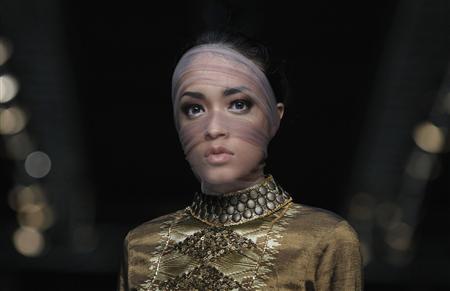 The stories of women indentured as labourers at the turn of the last century have rarely been told. But a compelling new book brings their experiences on the sugar plantations to life. Read more from the Guardian here.

Jennifer Lawrence, star of the Hunger Games sequel, tells the Guardian which aspects of playing Katniss Everdeen she enjoys the most,  how Katniss’s position as a reluctant hero affects the course of the story and how she believes Suzanne Collins’ tale reflects on the rebellious nature of real-world society. Read the interview here.

Afghan women on the march

The following essay is part of a series in which dozens of women will reveal what women they most admire. The series is part of “Women Rule,” a unique effort this fall by POLITICO, Google and The Tory Burch Foundation exploring how women are leading change in politics, policy and their communities. See more essays here.