“Two wheels are better than one” From early childhood, I thought that I had a clear idea of life in rural Bangladesh despite the fact that I lived in the port city of Chittagong. My family had strong bonds with small towns and villages and we spent a lot of time there, in the lush and beautiful greenness. When my father died, I realized that there were many hidden realities.

Generally, when there is talk about women’s rights in South Asia the spotlight is often on domestic violence, the dowry system, child marriage, rape or acid attacks. Few people want to talk about women’s property rights. Plenty is done to prevent girls from learning about their rights to property, i.e. Money.

As a Muslim, I know about the system for distributing property in Islam. It is pretty simple: If Mr. X has three pieces of land, one girl and one boy, when he dies the girl will get one piece of land, the boy will get two. While he is still alive, Mr. X can give his land to his children as he pleases. The 1:2 system only applies if the owner has died. In my country, the reality is different. What actually happens?

Often, daughters do not inherit at all and if they do endeavor to obtain property that is rightfully theirs according to the system, then they are likely to be considered disrespectful and shameful. Many women are proud to say: “I didn’t take my father’s property. I only want hospitality from my parent’s home.” Many men are proud to say: “My wife didn’t take her father’s property”. The hidden meaning here is that the husband is rich enough to decline the property. This is family pride. It originated among the upper classes but was emulated by families further down the social scale, wanting to act like rich people, and it became a culture.

Note that I am not talking about property belonging to mothers. Since mothers tend to relinquish their right to their father’s property they often have nothing when they die.

This pattern developed: A girl does not accept any property from her father when he dies. Since she generally does not work, she cannot buy her own property either. Her daughter follows in her footsteps. Their neighbors, relatives and other acquaintances do the same. Meanwhile, the sons and men get all the property.

To live and survive in Bangladesh, women actually need more than men because they do not own property. Yet there is little sympathy for this. Families spend more on the food, education and health of boys. Everything is done to ensure them financial independence and power.

It is harder to keep in check a woman who is financially independent and secure.

Gradually, society is changing. Some fathers are becoming fairer with their daughters. Women are working more, earning their own money, buying property, teaching both their daughters and sons about respect and equal rights.

Let all children of Bangladesh be treated equally. Let girls be given the same chances in this competitive world. If human civilization is to flourish, two wheels are always better than one.

After the Rana Plaza garment factory collapsed in 2013 and killed more than 1,100 people, Germany set up an initiative to improve working conditions in Bagladesh’s clothing industry. DW explores how much progress has been made. (From November 1, 2015)

After widespread criticism on social media, Bangladesh government has changed its plan to lower the marriage age. The minimum legal age of marriage will remain 18 for girls and 21 for boys, according to local media. (From October 20, 2014) 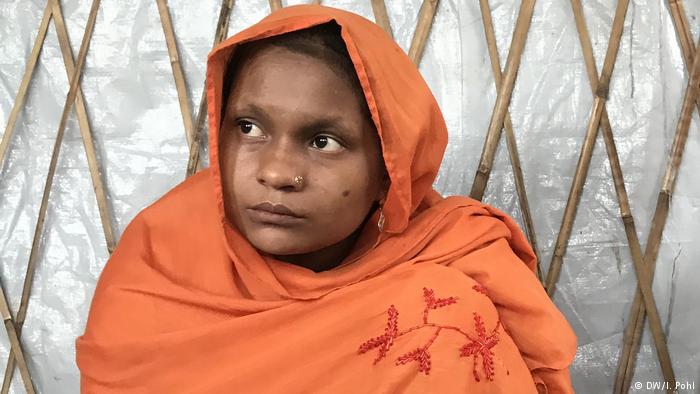