The woman who rescues tigers 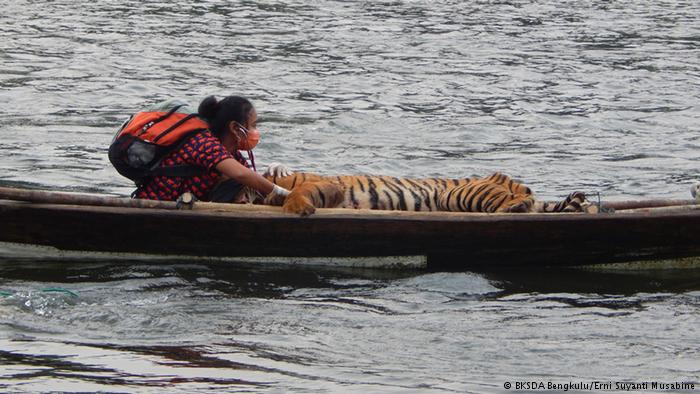 Only about 400 Sumatra tigers can be found in the world today. Land opening and hunting are the main causes of their threatened extinction. A brave woman is one of their rescuers. She chose to be the tiger’s best friend.

Hunt, kill and sell. That’s what human beings often do to this animal. A female veterinarian, Erni Suyanti Musabine, and her team decided to help and care for tigers, which are wounded because of illegal hunting and forest opening.

Erni Suyanti Musabine also persuades people living in forest areas to have a discussion and find the right solution for the conflict between people and tigers, which have lost their habitat. From her long experience, she has become convinced that tigers are able to detect whether a person is a threat or has come to help. Deutsche Welle spoke to this remarkably brave woman.

DW: When did you decide to start saving animals, and how did it start?

After I finished my studies in 2002, I became a volunteer veterinarian at the Wild Animal Rescue Centre in Petungsewu, East Java. In 2003, I started working there as a veterinarian and coordinator of vets that took care of endangered species confiscated from illegal traders, keepers and hunters in East Java and Bali.

In 2004, I moved to Sumatra and started working at the Institution for Conservation of Natural Resources (BKSDA) in Bengkulu, to take care of elephants at the Seblat Elephants Conservation Center. From 2005 to 2009, I worked as medical consultant for the Frankfurt Zoological Society – Sumatran Orangutan Conservation Programme that works for the rehabilitation of the Sumatran orangutan at the Bukit Tigapuluh National Park, Jambi. 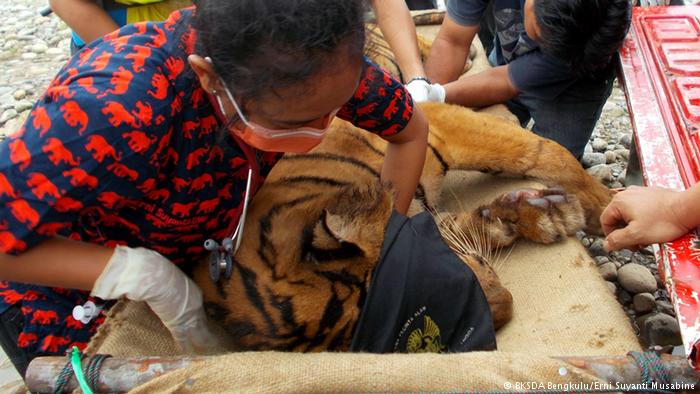 DW: When did you start working with tigers?

In 2007, for the first time, I rescued a tiger which was trapped in a snare that had been placed by an illegal hunter in Bengkulu. Since then, I’ve liked this animal and have committed to focus my work on conserving the Sumatran tiger. Every year, there are more conflicts between tigers and humans because the tigers’ habitat is getting smaller, illegal hunting is still going on and there are not many vets in Sumatra who want to work with these wild animals.

DW: Could you tell us the process of rescuing a Sumatra tiger

They give me information about the coordinates of where a tiger is trapped, involved in a conflict with people or sick. With the given coordinates and the help of a map and landscape satellite monitoring I try to find the tiger. On my computer, I can see where the tiger is, in which forest. I can also calculate the distance between the tiger and the closest road, settlement or field and find a way of accessing the area.

DW: Have you ever had to move very fast to rescue a tiger?

I always have equipment and medicine that can be used any time. So if all of a sudden there is a call to rescue a tiger, we can leave immediately. If we move slowly, hunters might kill the tiger and take the body parts to be sold. 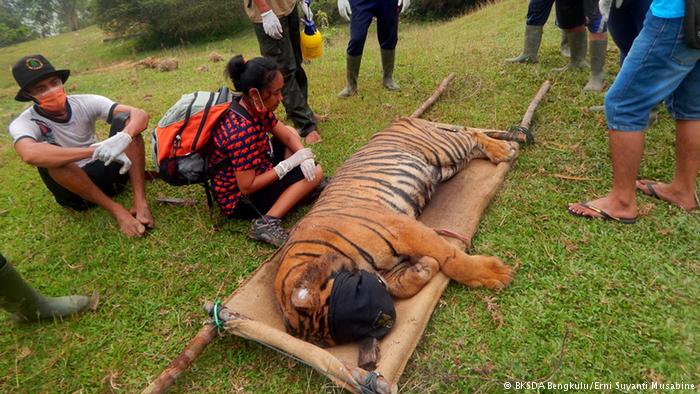 DW: How bad is illegal hunting in Sumatra?

Now Sumatra tigers are still hunted to be sold on the black market. Their body parts are smuggled to other countries. Like their skin, bones, and fangs. The illegal hunters, merchants and smugglers have networks which are professionally organized.

Sometimes, I see tigers roaming near a village peacefully. But sometimes I suddenly got a call to rescue a tiger in that area. Once, I arrived too late. The tiger was gone. I could only see blood everywhere. I found the hunter in another village, ready to sell the skin on the black market. Things like that make me very sad and disappointed.

DW: It seems as if you are not afraid of ”the king of the jungle” at all. Have you never been threatened or hurt by a tiger?

I have liked tigers ever since I saw them for the first time and rescued one from a trap placed by illegal hunters. I feel happy when I face a tiger because you rarely get the chance to see a wild one. I consider myself to be very lucky if I can see it directly in nature.

But I still have to be careful if I see signs that there is a tiger around. I have to understand its attitude and its activities in the forest. I am only afraid if a tiger is following us or that it will pounce on me when I come to anesthetize it. I normally anesthetize them from a distance of less than 10 meters. Tigers who feel threatened could attack me.

But so far I have never been injured by a Sumatran tiger. And it seems that tigers can identify people who come to rescue them, and those who are hunting and want to kill them. The responses are different

DW: Tell us about some unforgettable experiences!

Every rescue is a different experience because tigers are individuals and different challenges arise. In 2007, I had to rescue a tiger called Putri (which means princess or daughter). At that time, I didn’t have any special equipment to anesthetize tigers. I did it by hand (with a hand-syringe). That was a crazy thing to do, and in no way secure, but I didn’t have any choice.

In 2011, my team and I rescued a tiger called Dara (which means virgin) that was caught in a trap in the Kerinci Seblat National Park. I had to walk for two days to get to the location, and to climb hills and cross a big river.

An informant told us that a tiger hunter was also on his way at the same time. So we had to walk even faster through difficult areas while carrying our rucksacks. We almost went down the abyss several times. But we made it on time!

Belgium-based singer Lala Njava's native Madagascar is facing a barrage of environmental problems threatening its unique biodiversity. She tells DW why she's made it her mission to alert people to the dangers. 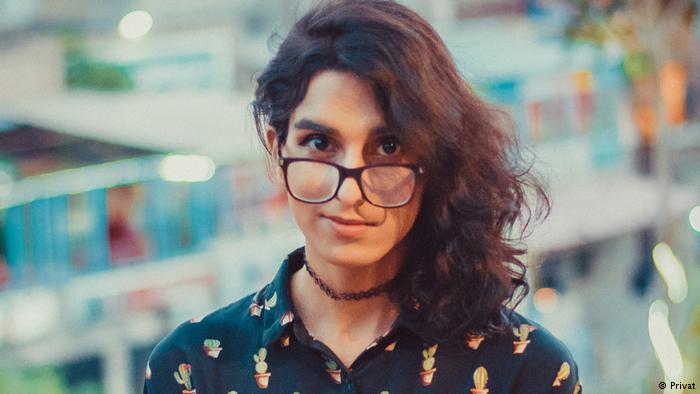