Japanese women struggle to have a voice in politics 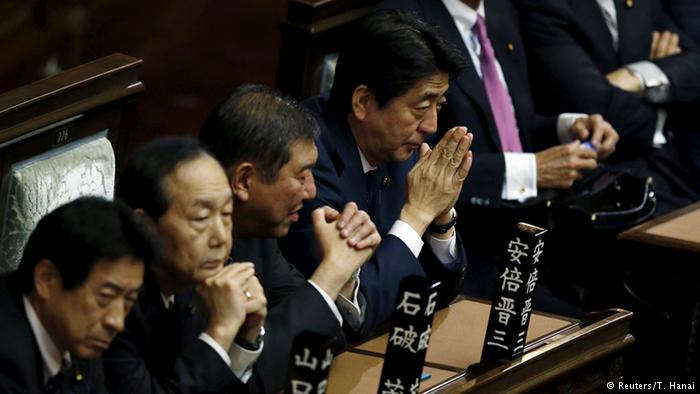 Katayama was the only woman who lined up behind the prime minister for the traditional photograph of the new administration, which critics have pointed out runs directly counter to Abe’s promise when he was first elected.

Five years ago, a government slogan released to promote gender equality declared “Just one woman is not enough” – although the irony of that statement appears to have been lost on the prime minister.

Before the Liberal Democratic Party was voted back into power in 2012, Abe declared that he would “advance women’s role in society” and promised social changes that would enable women to fulfill their potential.

In 2014, Abe named five ministers in his cabinet; that figure has shrunk in every subsequent administration to the point at which there is a single female politician in the inner circle of power.

The second manifestation of the way in which women are discouraged from taking part in politics took place on September 28, when Yuka Ogata, a female politician elected to the assembly in the city of Kumamoto, in southern Japan, was unceremoniously ordered to leave the chamber as she asked questions with a throat lozenge in her mouth.

The 49-member assembly decided that Ogata’s behavior contravened its rule on the need to “respect the dignity” of the chamber. Media reports from the venue say the session “descended into chaos” as members “started yelling” at Ogata before the chairman called a recess. A hastily summoned disciplinary panel concluded that Ogata should apologize for having a cough drop in her mouth, but she refused on the grounds that it was medication and she need it to prevent her from coughing during the session. 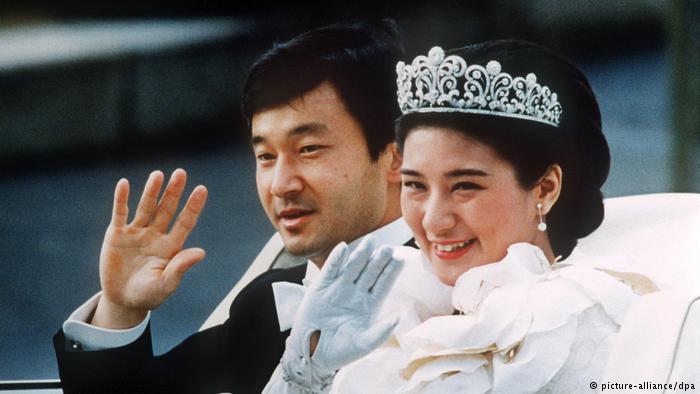 Banned from the chamber

The disciplinary panel reconvened and issued an order forbidding her from returning to the chamber.

Mieko Nakabayashi, who served as a politician for the Democratic Party of Japan when it was in office between 2009 and 2012 and is now a professor in the School of Social Sciences at Tokyo’s Waseda University, says she has little faith that Japan’s political world will ever give women a genuine voice.

“Abe’s slogan was that he was going to help women to ‘shine’ in society – but quite what that meant was a mystery then and now,” Nakabayashi told DW.

“In my opinion, he only wants to promote women who hold the same conservative views as he holds, but these are not ordinary, real women,” she said. “Japanese politics and political parties do not represent ordinary people or their interests because women do not really participate in party politics here.”

The most significant problem, Nakabayashi said, is that women are simply too busy raising families, working long hours in poorly paid service sector jobs and trying to make ends meet to have time to have a political voice.

The ones that do join the political world are from wealthy families and a privileged academic background – yet even when they are in the Diet or the cabinet, their powers are limited and their roles are consistently subservient to those of their male counterparts.

And the men’s vested interests mean that is unlikely to change any time soon, she adds.

“I’m pessimistic,” she admits. “The political system here and the campaign laws give parties no real power; that lies with the leaders and the old-timers and women have no say in that world.”

Makoto Watanabe, a lecturer in media and communications at Hokkaido Bunkyo University, agrees that the outlook is quite bleak for women who would like a career in politics in Japan.

“The promises that Abe made have been shown to be empty words,” Watanabe told DW. “Those were catchy promises and good politics, but I think that naming a cabinet with just one woman has just made people realize that they were just slogans.”

“And while the situation in Tokyo is bad, I think things are even worse at the regional level,” Watanabe added.

“So often, these cities and small towns around the country are still run the way they operated 50 years ago or more. The people who sit in those assemblies have the same attitudes and beliefs,” he said.

“They have their own cultures and values and it is virtually impossible to change that – and when someone like the woman politician in Kumamoto comes along and does something different or challenges them to act differently, they react angrily.”

Watanabe believes that the “old men” who wield power in Japan’s hinterland pose a serious threat to the nation in the future.

“They are a danger to our society because these institutions and their attitudes are lagging behind the rest of the world, and that makes Japan a less-developed nation,” he said. “That needs to change and it needs to change very soon.” 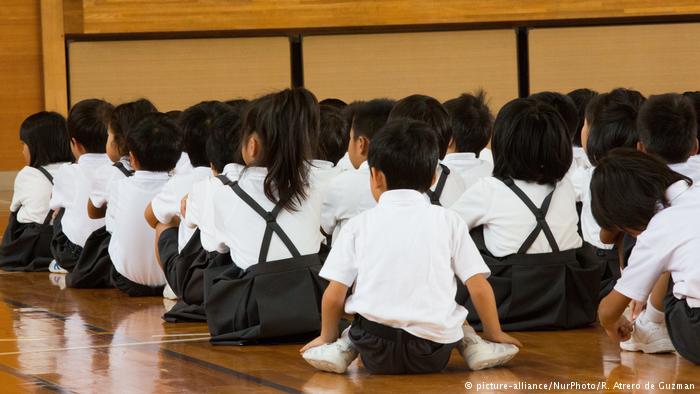