“His body is still there”

The Bulgarian climber Atanas Skatov informed me that a South Korean member of his team died in Camp 1 on 15 May. Skatov had climbed Cho Oyu on 13 May without bottled oxygen – for the 40-year-old it was his sixth of the 14 eight-thousanders. Like him, the young Korean was a member of the team of the Nepalese expedition operator “Satori”, wrote Atanas. “I was the last person to talk with him on 14 May at 1 pm in Camp 2 at 7,150 meters.” At that time, the Korean was in good shape and said that he wanted to follow Skatov to Camp 1 later. According to Atanas, however, he did not arrive there. The team’s expedition cook then alerted the China Tibet Mountaineering Association (CTMA). That same evening, three rescuers arrived and ascended to Camp 2 on 15 May. Skatov had already gone to the Tibetan city of Tingri at that time. “In the evening I was informed that the rescuers had found the Korean in Camp 2 and helped him to descend to Camp 1. That’s where he died. And his body is still there,” wrote Skatov. 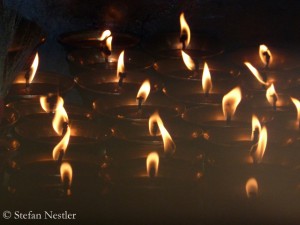 A French climber largely confirmed this information to Billi Bierling from the chronicle “Himalayan Database”: the Korean had been “very unwell” and “apparently” had died in Camp 1 on 15 May. At that time, the German expedition leader Felix Berg of the operator “Summit Climb” was already on his return journey after his summit success (also without bottled oxygen). But his group had also met the Korean on the mountain. “When we came down from the summit, he turned around at about 7,850 meters,” Felix wrote to me. Later it was said that the Korean was still in Camp 2, two versions were circulating: He had run out of strength and had problems to descend. The other one, according to Felix, was: “He wants to make another summit attempt – without descent!” I have asked the expedition operator Satori several times for a comment and today finally got a reply: The 28-year-old Korean Park Shin-yong had passed away on Cho Oyu on 16 May, Rishi Bhandari, head of the company, wrote to me: “We are unable to save him because he was so weak and tired.”