In the morning, when I started my ride at 2000 meters, I thought whether it was really a good idea to drive down a steep pass with a small bike like this. Accordingly, I cycled carefully at the beginning. Over time, however, I felt safer. The brakes grabbed, and the bike was easy to be kept under control, even at a high speed. According to my speedometer I reached a maximum speed of 45 km/h. Even with a “normal” bike, I would probably hardly have driven faster. After all, I’m not an expert in bike descents. I always want to keep control of my bike, so my motto is: better to use the brakes once too often than once not often enough.

A bit cooled down, I reached Disentis. After all, it was green here. The sun was warming me, and after a while I could take off the jacket, the long-sleeved shirt and the leg wair. Since there were hardly any cars en route, I stayed on the main road, so I moved quite fast. The first 50 kilometers – admittedly mostly downhill – I managed in just over two hours, a good average. But the real challenge was yet to come. Behind the village of Ilanz, I had to ride a few strong ascents to drive around the Rhine gorge. Now I sweated, my breath was getting shorter, and my calves signaled to me that they were anything but enthusiastic. But with patience and perseverance, I also made these ascents. On the top of the hills, I was rewarded with great views down into the gorge. When I met three tourists – like me from the Rhineland – at such a view point and told them about my bike trip down the river, one of them asked me: “With an e-bike?” 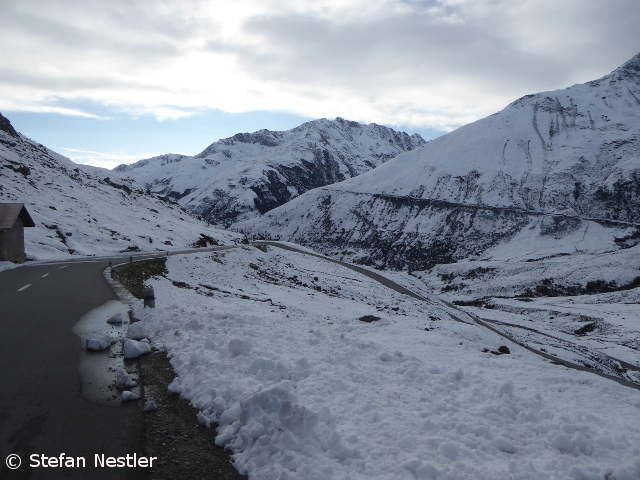 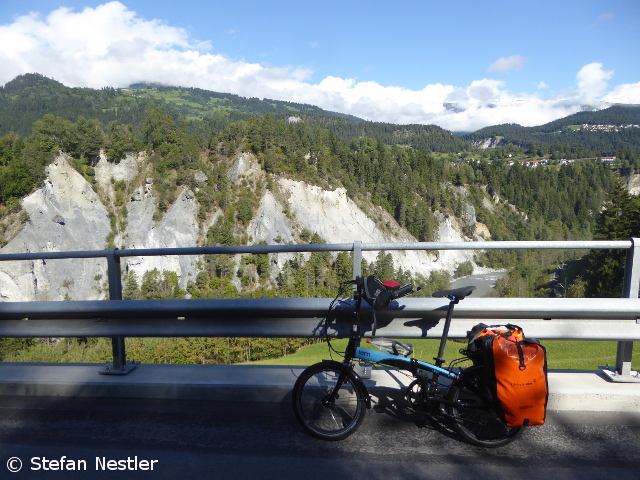 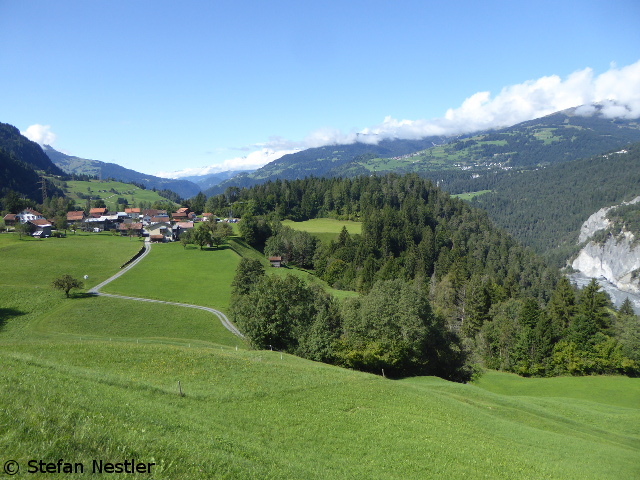 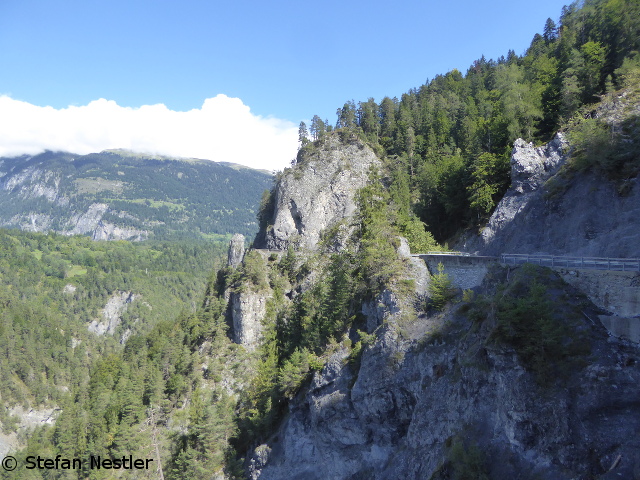 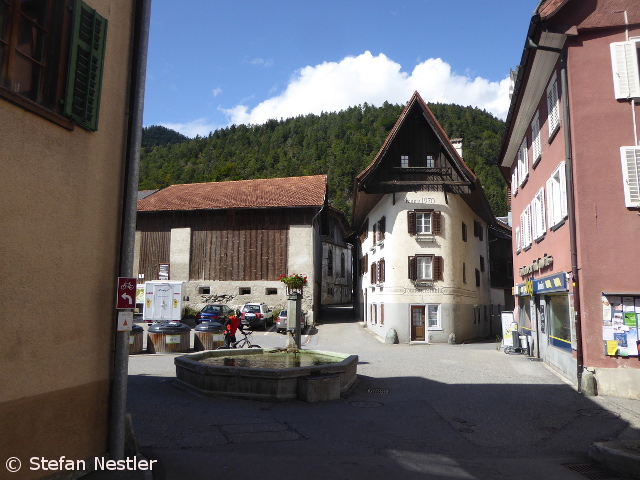 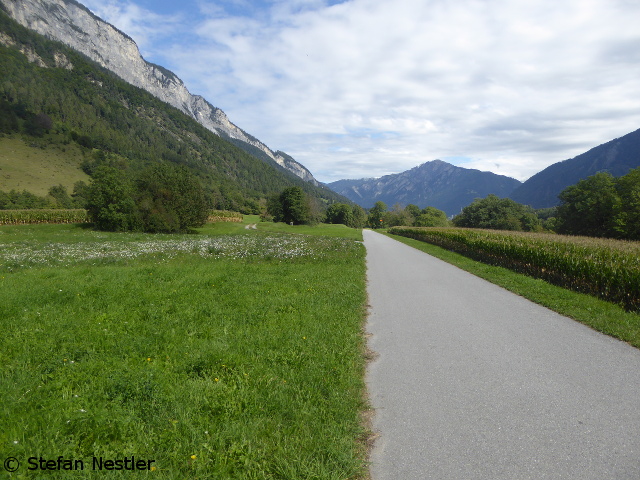 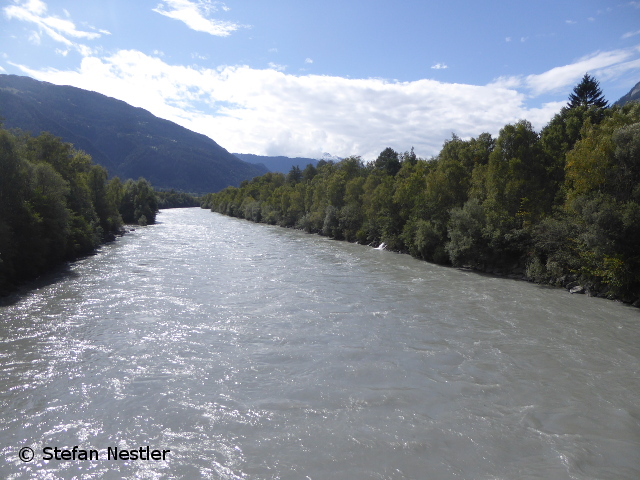 Headwind at the end

Even here, the success of the motor-driven bicycles can not be overlooked. I almost feel like an exotic, because I still ride my little bike exclusively with muscle power. This was also needed on the last third of the stage. Although it became flatter ahead of the city of Chur and I could always ride along the Rhine, the wind had been refreshing and, of course, it was a headwind. After 111 kilometers on the bike, I had had enough. Tomorrow is another day. And when do I have again the opportunity to sleep in Heidiland?