It looks like the UK is set to get its first ever 'green energy park' in the near future. Developers have struck a deal to create a huge plant that will produce energy and recycle large amounts of waste. Different types of trash will be separated and turned into things like glass, building blocks and even some metals.

A Malaysian manufacturing group called KNM will operating the park, and developers plan to open a whole network of energy parks around the UK. The idea is to phase out the concept of landfills and introduce a green-friendly way to manage waste.

It could also produce energy for more than 50,000 homes–all while releasing little to no emissions. Plus, it's expected to be a boost to the local economy because the plant will create a lot of new jobs.

The mention of “wild relatives” around this time of year is something that would normally make me think about hibernating rapidly – or at least stocking up with extra supplies – before the hordes of cousins arrive looking for Christmas dinner.  But when Cary Fowler of the Global Crop Diversity Trust talks about “wild relatives”, he’s talking about relations that could actually help to secure the world’s food supply in coming decades, when it’s endangered by a changing climate. He’s referring to the wild relatives of our food crops, like rice, wheat, maize or potatoes. Today’s crops are domesticated varieties, bred to provide a maximum yield under particular conditions.

But with climate change advancing rapidly, the experts fear that these modern versions will not be hardy or versatile enough to provide the increased food we’ll need to feed a population of more than 9 billion people by 2050. (The FAO says we’ll need around 70% higher agricultural productivity by then).  Even a one degree rise in temperature could reduce the rice harvest by 10% for example. Since the temperature is likely to be a good bit more than that, (I am British, expect some understatement) we need to do something fast to make sure we can feed the world.

The Global Crop Diversity Trust believes the answer lies in making use of the genetic variety contained in wild crops – the ancestors of today’s food crops. They’re said to be a lot tougher than our new-fangled varieties. And there’s a wild rice variety, for instance, that actually flowers at night. So if you bred that characteristic into one of our commercial varieties, it could cope with warmer temperatures. Of course you have to catch the wild relatives first.

So in partnership with the Royal Botanic Gardens at Kew, England, the Consultative Group on International Agricultural Research, and 50 million US$ of funding from the government of Norway, the Trust has launched a campaign to collect and utilise these wild plants. Earlier this year, I was lucky enough to be shown around the Svalbard Global Seed Vault, in the High Arctic, where seeds are being stored to be made available if they should be needed in the future, for instance after some huge natural disaster – or in the event of major changes to the climate.

The trouble is, only a very small fraction of the seeds there and in other gene banks around the world are from the tough wild plants. So these have to be found, collected and conserved, and that’s what this new initiative will be doing. It’s a great idea. But it is slightly worrying that Fowler says he HOPES he and his partners will be in time. It takes 7 to 10 years to breed a new crop variety, and within just 50 years on, he says agriculture will be facing climates it has never experienced before. He says climate change is the biggest challenge agriculture has faced in the last 12,000 years. Good luck guys, and “bring on the relis”.

Statements for a cooler world

Dr. Bartosz Wojszczyk is the Global Smart Grid Technical Solutions Leader at GE Energy. Bartosz talked with GLOBAL IDEAS about knowledge exchange, investments and the future of green energy. We met hin at the Clean Energy Expo  Asia in Singapore.

Join the conversation! We asked several people at the Clean Energy Expo 2010 in Singapore about their opinions and ideas for a cooler world. What are yours? We are keen to know! New videos will be available periodically.

Filmmaker Annie Leonard made a big splash in 2007 with her animated documentary "The Story of Stuff," which explains the lifecycle of material goods and illustrates the environmental impact of consumerism. If you've never seen it, check it out! Since then, Leonard has released 4 more films, including the latest: "The Story of Electronics." 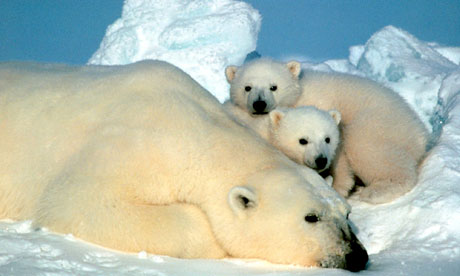