Hit the buttons to beat the “Mermaid Death Squad” What sounds like a name for a pretty cool comic metal band is a new online game created by Greenpeace. It’s meant to create awareness about unsustainable tuna fishing.  It  sets you up against some real nasty-looking, dangerous creatures who want to put you in a tuna can. Greenpeace gives you the chance to battle some well known canned tuna brands – Chicken of the Sea, Bumble Bee and Mermaid –  or at least iterations of their mascots. And make sure you don’t get caught.

The idea behind this pacman-like arcade game is obvious. The industrial tuna fishing industry’s big ships catch a lot more than just tuna. Sharks, manta rays, turtles and several marine creatures are caught up and killed every day in the fishing nets. The canned tuna brands mentioned above are the bad guys who use Fish Aggregating Devices (FADs) and longlines to kill an estimated 100,000 tons of bycatch, the games explains.

So it’s up to you to help. Choose to be a shark, manta ray or turtle racing down the aisles of a stylized supermarket to free the tuna from the cans before the bad guys catch you. If you lose, it’s literally game over for the ocean.

Despite being in the middle of a desert, Doha’s newly built convention center is well chilled. But the uncountable air conditions at this year’s venue of the United Nations climate summit (COP18) did not cool the minds of climate activists this morning.

A coalition of Greenpeace, Carbon Market Watch and the WWF loudly drew the delegates’ attention towards tons of hot air – hot air that literally is hidden in the current Kyoto protocol. The Kyoto protocol puts a price on carbon emissions. It is the only legally binding trading scheme aimed at reducing CO2 emissions. But the first trading period is ending in just a few days from now, at the end of 2012.

1. To call for a second period of the Kyoto protocol
2. To pledge for a dumping of surplus carbon credits in this second phase

One carbon credit allows a state to emit the equivalent of one ton of CO2. The flaw is: In the current, first trading period of the Kyoto protocol, has created a bubble: Too many countries such as Russia, Ukraine, Poland or Japan, have collected a surplus of credits – a surplus they want to rescue over to the next, ongoing years. The equivalent of all credit savings in this “hot air bubble” is 13 billion tonns of CO2.  That is almost three times of what the 27 EU-member states pump into the air each year.  If the states do not drop their surplus credits and thus do not burst the bubble in a second phase of the Kyoto trading scheme, these 13 billion tons of CO2 could be emit for free into the world’s atmosphere.

To remind delegates of reducing their own country’s CO2 emissions, they were invited to dump their symbolic hot air credits in a bin before entering the conference halls.

Call for a second commitment period

According to WWF’s William McGoldrick it’s Europe who has to be a rolemodel in the negotiations at COP18. “At the moment, countries jump out of the protocol, but still hold on their hot air credits,” he frames the problem.

How does emission trading work?Trading with carbon credits is an highly theoretical issue. Our animated film may bring some light into the darkness of the mechanism behind the Kyoto protocol.

Greenpeace has a new vessel

The new ultra-modern campaign ship of Greenpeace, the Rainbow Warrior III, has made its maiden voyage on Wednesday in Bremerhaven. “It’s a beautiful boat,” said captain Joel Stewart as the ropes were untied to launch the 58-metre (190-foot) long sailing ship. The boats hull is green, with a colourful rainbow and a white dove on the side. The first ride took the Rainbow Warrior III into the River Weser towards the northern German port of Bremerhaven.

The third boat was build twenty-six years after the original Rainbow Warrior was sunk by French agents in New Zealand. There Greenpeace attempted to stop France’s nuclear testing in the Pacific. The ship was constructed with the help of three million donors, who contributed to the initially estimated 23 million euros (32 million dollars) needed for the construction work. Brigitte Behrens, Greenpeace’s director in Germany said, that this was a very important day. “We are continuing what colleagues began many years ago by using a boat to denounce attacks on the environment,” she added.

The new ship was due in Hamburg Thursday and in Amsterdam — its home port and Greenpeace’s headquarters — on October 28.
After an initial tour in Europe, the 680-tonne ship’s first mission will be to set sail for the American coast before heading along the Amazon in Brazil to campaign against climate change. 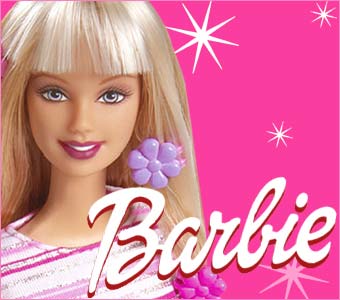 Did you know that Greenpeace broke a Facebook record this week? The international environmental organization got the most comments ever on a Facebook post in 24 hours–80,000! And that was after setting a goal of 50,000. The comments came in all different languages from around the world, all on Greenpeace's "Unfriend Coal" page.

Greenpeace launched the record-setting drive as a way to step up its pressure on Facebook. The company still relies on coal to power its data centers and some of its other operations, and Greenpeace has been calling on Facebook to go coal-free for more than a year. Now they're urging the social networking company to achieve that goal by Earth Day 2011 on April 22nd. Facebook, for its part, has been making efforts to change its data centers into cleaner, more green-friendly operations.

The "Unfriend Coal" campaign is ongoing, so you can check it out and see if you want to take part!