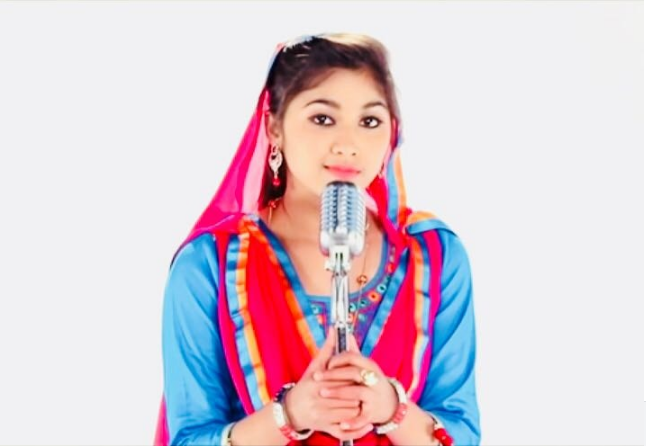 Ginni Mahi, an 18-year-old pop singer from India’s northern state of Punjab, inspires change by campaigning for the rights of “lower” castes through music.

Ginni Mahi would not have been so easy to spot amid the thousands at the Global Media Forum in Bonn. But she walked onto the stage and owned it! She sang her viral hit ‘Fan Baba Saheb Ki’ – ‘I am the daughter of Baba Saheb who wrote the Constitution.’

It is about the prominent lawyer and activist Bhimrao Ramji Ambedkar, the principle architect of the Constitution of India, who was popularly known as Baba Saheb. 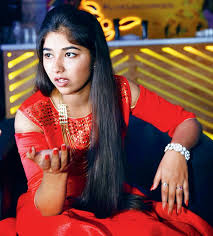 Later on, she told me that she had grown up listening to the stories of the sacrifices that Ambedkar had made and how he championed the rights of women and the supposedly ”lower” castes.

“The caste system is a big issue in India,” she said. “It needs to be urgently deconstructed.” Mahi’s songs carry powerful political messages. She wants to awareness about the inequalities in the Indian society.

Women’s empowerment is another subject close to Mahi’s heart. ”I was raised in a family where I was not treated any differently because I was a girl, but discrimination is a big problem in society. I want to follow Dr. Ambedkar’s footsteps and create awareness about the importance of education for women.”

In her song “Dhee”, she repeats that women are nothing less than men and decries female feticide. The lyrics go “Ki hoa j mai aaj ik dhee han vang outtran de karangi kamayian” (“So what if I am a girl, I will earn like a boy and be no less”). 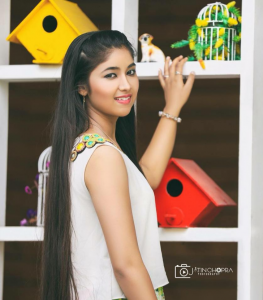 “It deeply troubles me that even today when a woman in India gets divorced or is widowed, society pressurizes her to remarry. Why can’t a woman be treated as an equal and allowed to make her own choices?’

Not always so political

”I started out as a bathroom singer” Mahi explained to me with a melodious giggle, explaining that she sang religious songs at first. ”I loved singing and told my father that all I dreamed of was to become a singer. I was seven years old. He supported me and started my training. And I came out with my first single track when I was 12. The response to my song was very good and then my father, who is also my manager, helped to organize live shows and concerts for me.”
Over the years, a group of songwriters and artists has formed around the family to support Mahi’s vision and her vision of changing Indian society through music.

Watch the inspiring video ‘Dhee’ below: