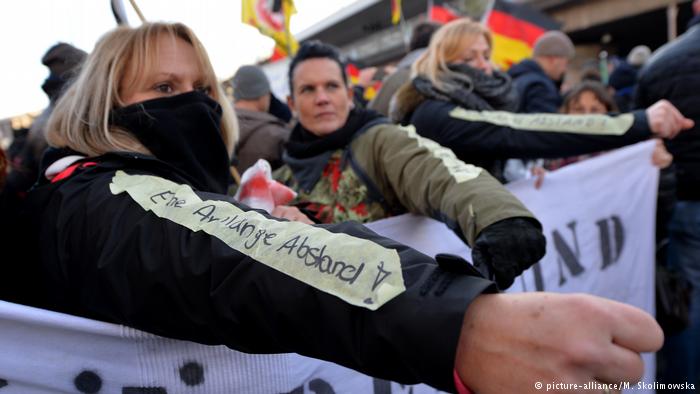 Aggressive far-right protesters took to the streets of Chemnitz this week demanding authorities take a tougher stance on migrants in Germany. Most of those in attendance were male, but a few women could occasionally be spotted in the crowd.

Indeed, most people tend to picture the prototypical supporter of Germany’s far-right PEGIDA movement and right-wing populist Alternative for Germany (AfD) party as angry white men. But that’s not entirely accurate, according a new study by the Friedrich Ebert Foundation (FES), which is affiliated with Germany’s center-left Social Democratic Party. The report, which examines right-wing populist voters in Germany, France, Greece, Poland, Sweden and Hungary, found that women are increasingly drawn to right-wing populist parties.

What makes these parties appealing to women?

Right-wing populist parties tend to propagate an anachronistic image of femininity. However, that did not stop some 17 percent of women in eastern Germany from casting their ballot in favor of the AfD during the country’s 2017 parliamentary election; 8 percent of women in western Germany did likewise. And in Poland, more women than men voted for the ruling right-wing Law and Justice (PiS) party in the country’s 2015 election. 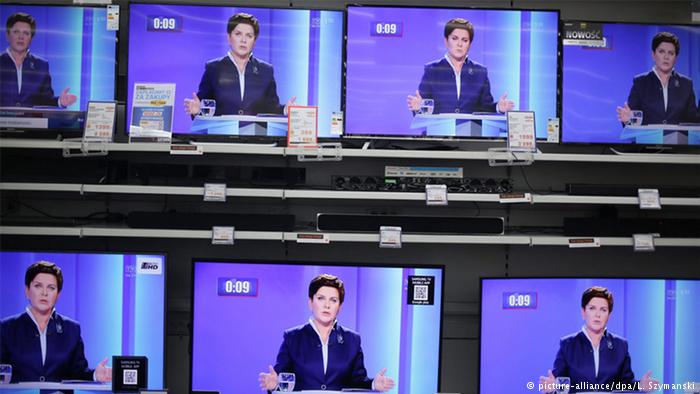 So, what is it that makes these parties so appealing to women? Elisa Gutsche, who edited the FES study, argued that many right-wing populist parties examined in the report seek to garner female votes by promising to strengthen the welfare system. “Parties say they will raise child benefit payments and make related allowances to promote families,” she said.

Poland’s PiS, for instance, has launched the Family 500+ initiative, which guarantees families with two children a monthly payment of approximately €120 ($140) per child until they reach the age of 18.

Germany’s AfD, in turn, champions a “welcome culture for children” — in contrast to the country’s much lauded “welcome culture” towards foreign refugees. Indeed, a sizable number of female voters have opted to support the party due to anxiety over what the future might hold and fears Germany’s pension system may collapse. Social issues, therefore, often motivate many women to back right-wing populists. 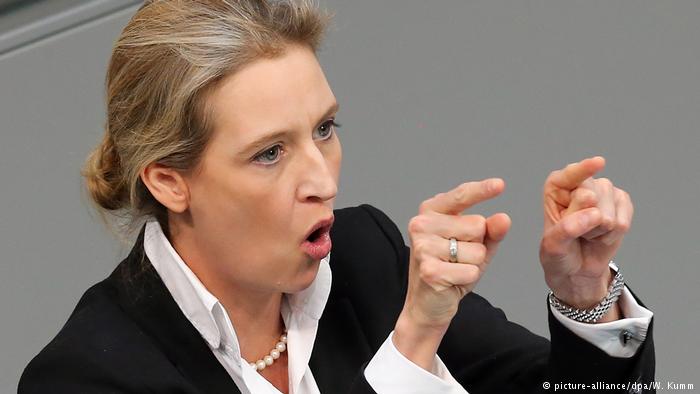 The appearance of gender equality

The FES researchers also studied the role of female politicians among Europe’s right-wing populist parties. They found that conspicuously few women are involved in these organizations, with most parliamentary groups dominated by male MPs. In Germany, for example, the AfD’s 92-seat-strong parliamentary group includes just 10 women. Many right-wing populist parties do, however, have prominent female figures among their leadership, such as AfD co-leader Alice Weidel, National Rally President Marine Le Pen and Poland’s former Prime Minister and PiS member Beata Szydlo.

“These women are there to give these parties a more open, modern guise and to appeal to female voters,” explained Gutsche. “These are not progressive parties, there is no real gender equality.”

The report also highlights how women are actually more inclined to subscribe to strong xenophobic and Islamophobic beliefs than men. 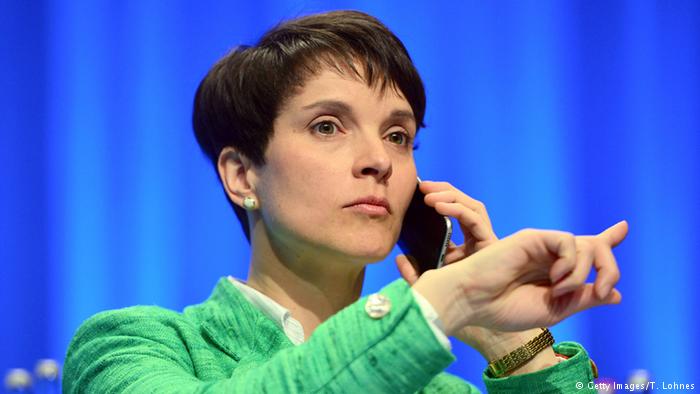 German border police should shoot at refugees entering the country illegally, the former co-chair of the AfD Frauke Petry (pic) told a regional newspaper in 2016. Officers must “use firearms if necessary” to “prevent illegal border crossings.” Communist East German leader Erich Honecker was the last German politician who condoned shooting at the border.

“That finding surprised me the most,” said Gutsche. Women face a constant uphill struggle in a patriarchal society, she explained — they are more likely to have badly paying jobs and are at higher risk of old-age poverty.

“I think women sense they are at the lower rungs of society and find themselves having to compete against refugees and migrants,” said Gutsche. That, in her view, also helps to explain why women support right-wing populist parties.