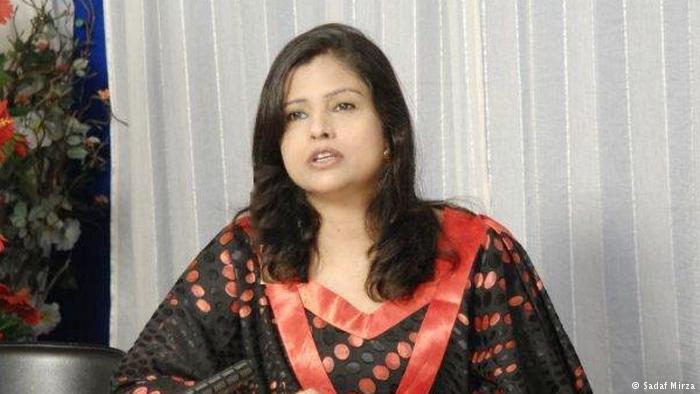 The ongoing battle for women’s rights in Europe has been long and hard. Movements are stirred up and gaining momentum in Pakistan as well as in other south Asian countries. How this pursuit of struggle has shaped up, and whether it has brighter prospects in a conservative country like Pakistan? Sadaf Mirza, an eminent female writer and analyst, discusses it in an exclusive talk with DW.

The battle is equally hard in Pakistan and other South Asian countries. Eminent writer Sadaf Mirza gave DW an insight into how the struggle is shaping up and whether there are brighter prospects for women in the conservative country.

DW: In the post-Independence period, various women movements flourishedin Pakistan and India. Do you agree with this statement? And if yes, to what extent are these movements successful?

Yes, I very much agree with the statement, women movements flourished in both countries. There were various attempts to introduce social and legal reforms aimed at improving Muslim women’s lives in the subcontinent during the 20th century. These attempts were generally related to  two broader intertwined movements: the social reform movement in British India and the growing Muslim nationalist movement. 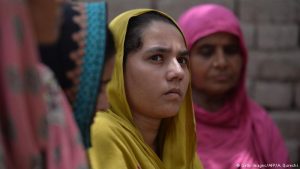 Since partition, the changing status of women in Pakistan was largely linked to discourse about the role of Islam in a modern state. Muslim reformers in the 19th century struggled to introduce female education, ease restrictions on women’s activities, limit polygyny and generally ensure women’s rights under Islamic law. Sir Syed Ahmad Khan convened the Mohammedan Educational Conference in the 1870s to promote modern education for Muslims. He also founded the Muhammadan Anglo- Oriental College.

But progress in women’s literacy was slow. In 1937, the Muslim Personal Law restored rights (such as inheritance of property) that had been lost by women under the Anglicization of certain civil laws. As independence neared, it appeared that the state would give priority to empowering women. Pakistan’s founding father, Mohammad Ali Jinnah, said in a speech in 1944: “No nation can rise to the height of glory unless your women are side by side with you”

After independence, elite Muslim women in Pakistan continued to advocate women’s political empowerment through legal reforms. They mobilized support that led to the passage of the Muslim Personal Law of Sharia in 1948, which recognized a woman’s right to inherit all forms of property

Two issues — promotion of women’s political representation and accommodation between Muslim family law and democratic civil rights — came to dominate discourse about women and socio-legal reform. The second issue gained considerable attention during the regime of Zia ul-Haq (1977-88). It was in the highly visible realm of law that women were able to articulate their objections to the Islamization program initiated by the government in 1979.

The women’s movement, now, has shifted from reacting to government legislation to focusing on three primary goals: securing women’s political representation in the National Assembly; working to raise women’s consciousness, particularly about family planning; and countering suppression of women’s rights by defining and articulating positions on events as they occur in order to raise public awareness. All these examples show that women’s movements continue to be active in Pakistan and India.

.
DW: If #metoo and “mybody,mychoice” movements keep up, will they have an impact on Asia too? 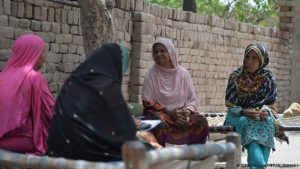 Pakistani women in a village

The process of acculturation is so rapid and women are gaining independence in Asian culture and men are enjoying the self-reliance of women as it gives them a fair amount of financial latitude along with other mental relief. If we take a worm’s eye view of our class system, then yes this slogan will have an impact gradually on the upper class, as the wind of “me too” and “my body, my decision” is coming from the West,Whereas the lower and middle classes women are not given a free hand. Their  basic needs, like the right to education, their physical and emotional needs are overlooked. Forced marriages, forced pregnancy, forced abortion, shackles imposed by mullahs, priests and pundits. These issues exist in South Asia, as well as in countries like the Philippines, Malaysia and Indonesia. Even European countries like Georgia and others need to deal with these predicaments.

When a girl reaches menarche, her physical and emotional needs are overlooked, she is taken as a piece of flesh that has to surrender to the norms and values of her family and the larger culture to which she belongs.

DW: How far can feminism go in Pakistan?

Feminism in Pakistan depends on the policies and goals. Once you set goals, you need to find the means to accomplish that goal. Why is feminism not a hit in Pakistan? this is a question for all of us and we have to find a workable answer. When you interact with people from different communities, you construe possible ways to interact with them. 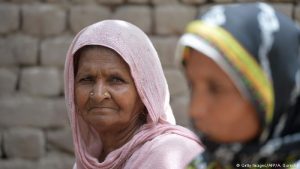 For example when you enter the walled city in Lahore you communicate in a certain way, when you interact with college girls you have to come to their level of communication, while interacting with domestic women you have to use a totally different style. We have to use a flexible way of conveying our message to different people of the same country.

When it comes to the #me too and “my body, my choice ”on social media, the impression that people are teaching women that they can choose with whom to have a relationship since their bodies are theirs. But other issues need to be raised first. Particularly the problem of AIDS, which is on the rise in Pakistan. Many innocent girls are being infected. There are 80,000 AIDS patients in Punjab alone. Taking care of your body and letting someone get close to you on your own terms is necessary, as happens in Europe when women enter a relationship with a new partner. Many people talk openly about these issues. Women say if you want a sexual relationship with me, you have to follow my terms. These issues need wisdom, planning and continuous effort. Change needs time.

DW: From your point of view, is it better to be a male or a female feminist in South Asia?

The original question makes no sense, it is completely illogical. I think there should be no difference between a male or female feminist. It is basic human right to have access to education, employment and other basic needs. In Pakistan, India and even in Bangladesh, we see that more than 50 percent women work in the fields. They do physical jobs such as picking cotton, working as sweepers, as well as washing the dishes at home. Nobody places any restrictions. But there is a problem with the mindset. When these same women get an education and start working in offices with men, the men start grumbling.

The beauty of women is often discussed. But her intellectual abilities need to be discussed too.

Times have changed. Women can no longer be rejected for their supposed physical incompatibility. New technology puts men and women on a level playing field.