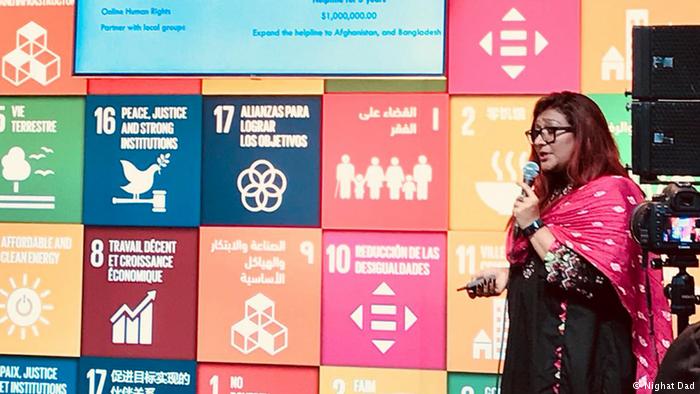 Nighat Dad is the founder of Digital Rights Foundation (DRF), whose helpline is assisting Pakistani women to fight against cyber harassment and online abuse. Dad presented her work at the Innovations Summit at the United Nations General Assembly (UNGA) in 2018.

END_OF_DOCUMENT_TOKEN_TO_BE_REPLACED