There’s no electricity and only 500 residents in the Congolese village of Makwatsha. But a longstanding painting tradition by the local women has fortuitously become a star attraction for Chinese tourists.

The outside walls of the huts are decorated with paintings of local life, flowers and butterflies, making “the village of the women painters” a draw for tourists from China, but also countries such as France and Belgium. “For the color, we use only the earth,” says Prosperine Mwelma, 60, dressed in a bright blue and yellow wrap and holding a paint brush. “We dig to find the pink color,” she says, her hands covered with the village’s ochre clay soil.

The murals of daily village life, painted by the women during the dry season, caught the eye of the director of the local French cultural institute when he passed through on holiday. He decided to let the world know. Not only did he contact a local travel agency to try to put the village on the tourism map; he also organised for some of the women to be invited to Paris in 2014 to exhibit their paintings. Villager Prosperine Mwelwa (right) in front of a hut

For the Paris trip, the villagers painted their works onto canvas – eight sold for 52,600 euros (about 47,000 dollars) in total. “On our own, we couldn’t have done it,” says Jean-Pierre Kabaso, chief of the village located 40 kilometres south of Lubumbashi, the capital of Haut-Katanga province in the southeast of the Democratic Republic of the Congo.

Now on tourist itineraries, the village’s painting tradition could become an important source of income in the future, the 52-year-old chief says. When tourists come to the village on a day trip, they walk around to see the huts, discover how the villagers collect clay nearby to make the colors, and to talk to the painters. “There are other projects in the works, including plans for an exhibition in Washington,” Kabaso says. Butterflies and flowers decorate the walls

In Lubumbashi, the only tour operator in the region sits in the dark in his office – they have electricity but also many power cuts. Isaac Sumba Maly, who runs the Palma Okapi Tours travel agency, says he is preparing for a visit by Chinese tourists. Chinese have been coming to the Democratic Republic of the Congo in increasing numbers for business, especially to Katanga province where Lubumbashi is located because of its mining activities. Most want to fit in a tour or buy souvenirs during their free time, boosting tourism and sales.

Being a tour operator in DR Congo is a tough job

China, together with Belgium and France, are the main sources for the trickle of tourists – about 100 each year – who venture to this remote corner of the Democratic Republic of the Congo. To attract more travelers, the tour operator has launched a festival of painting at Makwatsha, teaming up with tourism and hotel schools and local media to showcase the women’s work once a year. He’s also planning a trip to China this year to negotiate a tourism contract with a private company looking to send its employees on holiday to Lubumbashi. The women are using only natural pigments

But it’s hard selling tours to the Democratic Republic of the Congo: “The Congo has a bad image overseas due to insecurity, war,” says Maly, dressed impeccably in a suit despite the heat. For the past several years, the Democratic Republic of the Congo has been mired in a political crisis, which has worsened since President Joseph Kabila refused to step aside when his mandate expired in December. Elections are supposed to take place by the end of this year.

And in several regions, armed militias battle against government troops. This creates a plague of violence that makes foreign visitors fearful of venturing into the huge central African nation – around two-thirds the size of western Europe. “The Congo is vast,” says Maly, arguing that size is an advantage. “If there is war in the north, that’s thousands of kilometers from here! In Israel, there are attacks, bombs, but nevertheless thousands go there for tourism,” he says. Art from DR Congo is a favored souvenir

In Lubumbashi’s old town, another artistic venture can be found in ateliers where, to the deafening sound of electric saws, workers sculpt statues out of malachite – the green mineral found throughout the region. Green stone statues of rhinos, lions or even larger animals are coveted by the Chinese tourists. “They come with their orders for big pieces like crocodiles several meters long that they take back to China,” says Stanis Chansa, a sculptor for 45 years.

The intrepid travelers who do manage the journey to Haut-Katanga leave an impression on local residents. “The international tourists often make the Congolese realize the beauty of their homeland,” says Eric Monga, a local official of the Federation of Congolese Business.

As a South African Indian girl born and raised in Durban, I can say that for the most part I have lived a sheltered and somewhat privileged life… I say privileged because even if there was a life out there that I did not know about, I was so sheltered and naive that it didn’t bother me. (From May 16, 2017)

The women of the Samburu tribe face many hardships, including circumcision, child marriage and sexual abuse. Some had enough and decided to set up a safe village just for women. (From May 2, 2017) 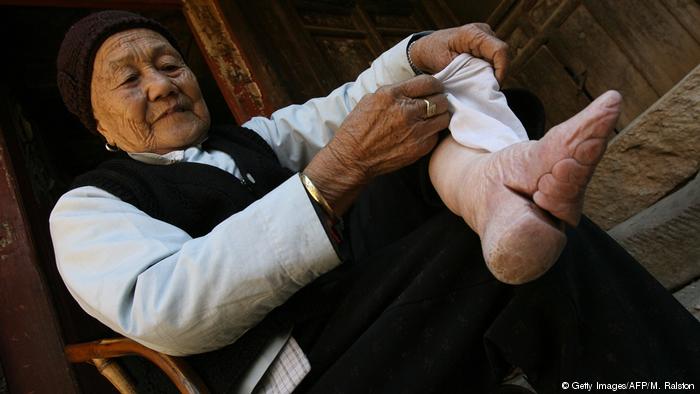